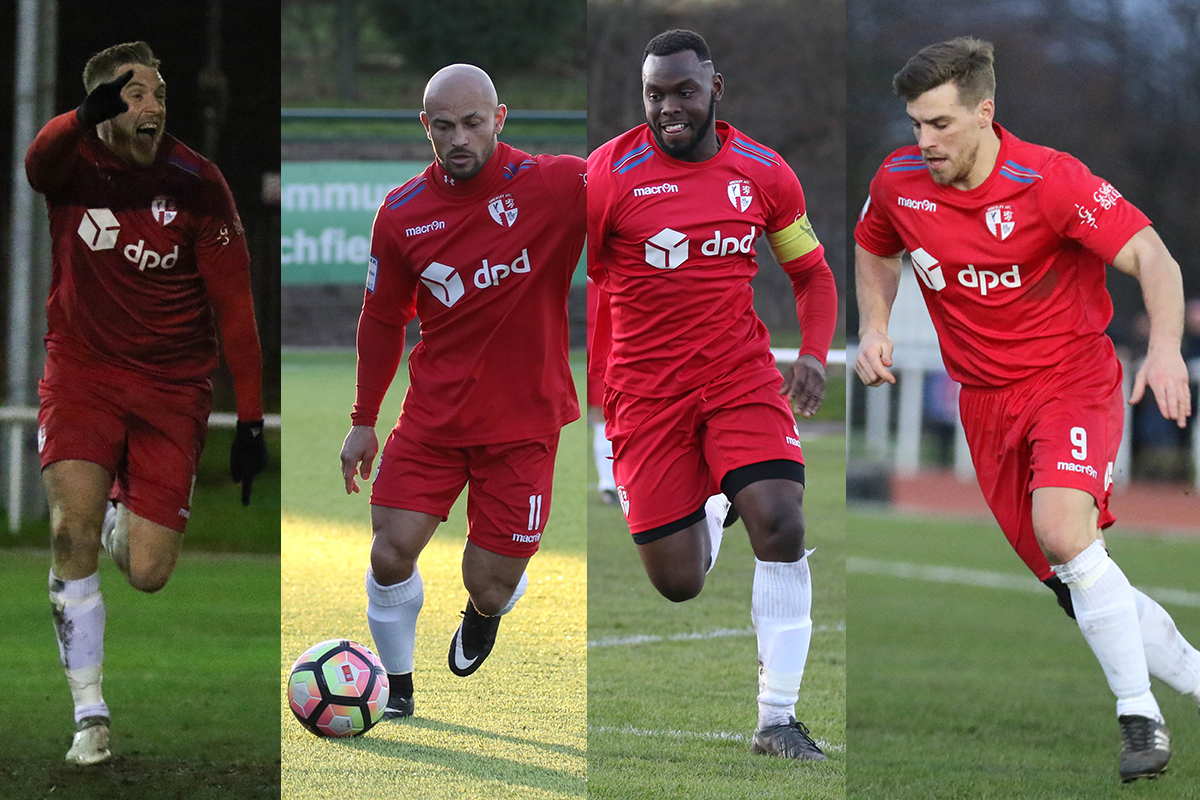 Dale Belford’s final month in charge was a dramatic one, with late goals in three of our four games and a fine FA Vase win.
That impressive win over Deeping Rangers was followed up by a thrilling 93rd minute goal at Nuneaton Griff that made it seven wins on the bounce – but it was to be Belford’s last in charge.
Another late goal salvaged a point at Lichfield City, this time courtesy of Dominic Perkins, but the thrilling finales didn’t all fall AFC’s way as Heather St John’s snatched a 90th minute winner on Boxing Day in what proved to be Belford’s final game in charge.
But who stood out for you over the course of the last four games? It’s time to vote for your Rosepetals Player of the Month…

Steve Hart scored in every game this month to find his way onto the shortlist. He opened the scoring in three of our four games this month, strangely each of those occasions coming in the 24th minute! In the other game, he showed his clinical streak by scoring with his only real chance of the game deep into stoppage time at Nuneaton Griff.
Next on the list is Marcus Jackson. The versatile midfielder belied his years with a month full of energy and bite in midfield, and was a key figure in breaking up opposition attacks and setting AFC going forward. His delivery from the wing was regularly pinpoint, his assist for the opener against Deeping a prime example, and he’s now just one appearance shy of reaching 50 for the club.
Captain Dominic Perkins showed his leadership this month, not only with crucial blocks at the back but also by popping up with vital goals. Twice he found the net this month, heading his side into the lead against Deeping before the just as important equaliser with two minutes to go at Lichfield.
The final name on the shortlist is Luke Richards. Only one goal during December for the striker, but his willing running and vital flick-ons often created chances for his teammates with Hart particularly benefitting. He scored the equaliser at Nuneaton Griff, assisted two goals and created numerous further chances.
You have exactly a week to cast your vote in the poll pinned to our Twitter page or on the voting page of our website – get voting!