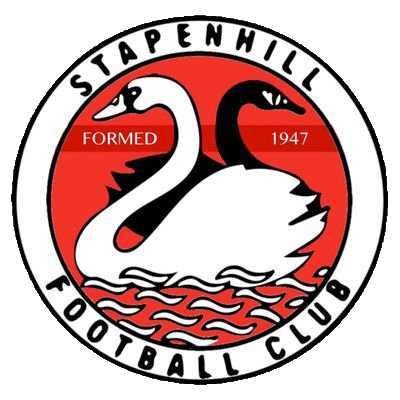 Sam Belcher’s late goal earned Hinckley AFC a point as James Jepson’s side got off and running with a 2-2 draw at Stapenhill.

On a hot summers’ day in Staffordshire, AFC led, then trailed, and eventually had to settle for a point in an intriguing opening day encounter at Edge Hill.

Grant Ryan gave Hinckley a first half lead, but that was turned on its head when Sam Grice and then Richard Hanslow netted for the home side after the break.

But Belcher popped up with four minutes to go to mean Hinckley start the season with a point.

With player/manager James Jepson the only player remaining from last season, the squad was always likely to take time to gel and that showed during pre-season.

There were ten debutants among the starting 11, but the new-look squad settled nicely and had the better of the opening 45 minutes – despite the unsurprisingly hard and bouncy surface not being conducive to free-flowing football.

That said, it was the Swans who came closest to breaking the deadlock when they hit the post – but that was until five minutes before the break.

Louis Hamilton raced with home ‘keeper Ryan Larkins to a ball on the left hand edge of the area, Hamilton winning. Larkins brought him down, and Ryan stepped up to send the ‘keeper the wrong way from the spot and give Hinckley the half time lead that they merited.

But the home side came out firing after the break, and were level within seven minutes. A deep cross found Grice, who escaped his man and prodded past Adam Harrison at the far post, who got a touch but couldn’t keep it out.

That lifted the hosts, and 20 minutes later they turned the game on its head. With his back to goal, Hanslow turned on the spot and fired into the top corner with a fine strike that gave Harrison no chance and left AFC chasing the game.

But chase it they did, and after pressure in the final ten minutes, they grabbed an equaliser with four minutes to play. Belcher was sent through one-on-one, and made no mistake in beating Larkins.

That earned a point for AFC on a hot opening day, and sets them on their way ahead of the first home game against Coventry Copsewood at the Welfare Ground on Tuesday evening.