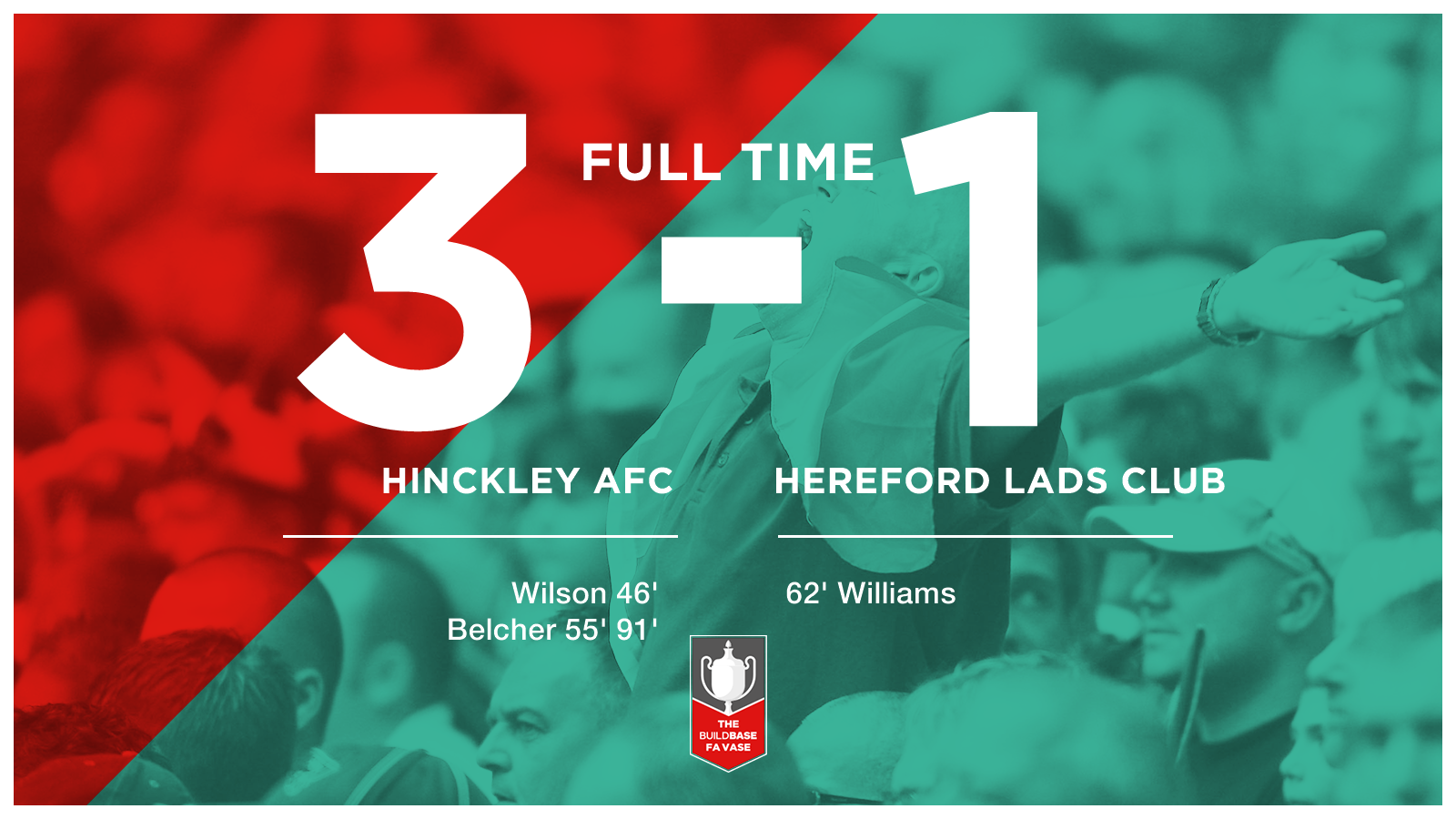 Hinckley AFC are through to the third round of the FA Vase for a third consecutive year after a 3-1 win over Hereford Lads Club at the Welfare Ground.

AFC are one of just four Leicestershire sides left in the competition after three second half goals saw off West Midlands Regional League side Hereford.

But Belcher netted a penalty late on to send Hinckley through to the next round.

James Jepson named the same side that drew after conceding a last minute equaliser at Brocton on Tuesday – hoping for a similar performance but an upgrade on the final result.

But it was the visitors who started on top, and had the greater share of possession in the early stages.

That said, they were limited to half chances and rarely tested George Warren in the Hinckley goal, only coming close when Warren had to be alert to deny a quick counter attack which saw Adam Hockey feed James Hancocks.

But Hinckley grew into the half as it went on, and had the ascendancy going into the later stages of it. Indeed, they came within inches of taking the lead five minutes before the break. Belcher’s 25 yard free kick looked destined for the top corner, but a flying Steven Bell tipped it away with a fine full length save to retain parity.

It meant the sides had it all to play for after the break, and the first ten minutes of the half turned the tie Hinckley’s way as Jepson’s men took it by the scruff of the neck.

Just a couple of minutes had passed when they broke the deadlock, Wilson finding himself a pocket of space in the box before finishing beyond Bell to give his side the lead.

And by the 55th minute, they were two goals to the good. Jepson’s free kick was headed partially clear by the visiting defence, but only as far as Belcher who volleyed calmly into the top corner from 12 yards to put his side in control.

Now needing a quick response, Hereford reacted well to the quickfire goals and quickly hauled themselves back into the game. Hockey beat Warren to the ball and rounded the ‘keeper, reaching the byline before pulling back for Williams to convert a simple chance and give the visitors hope.

Williams and fellow substitute Chris Gwynne both struck off target when well placed in the box as Hinckley rode out a spell of sustained Hereford pressure.

But they still posed a threat on the break, and sealed their place in the next round as the clock ticked into added time. Wilson was brought down in the box, and Belcher nervelessly stepped up to send Bell the wrong way and ease the home fans’ nerves.

It gave Hinckley their two-goal cushion back, and means Jepson’s side can now look forward to Monday’s third round draw.