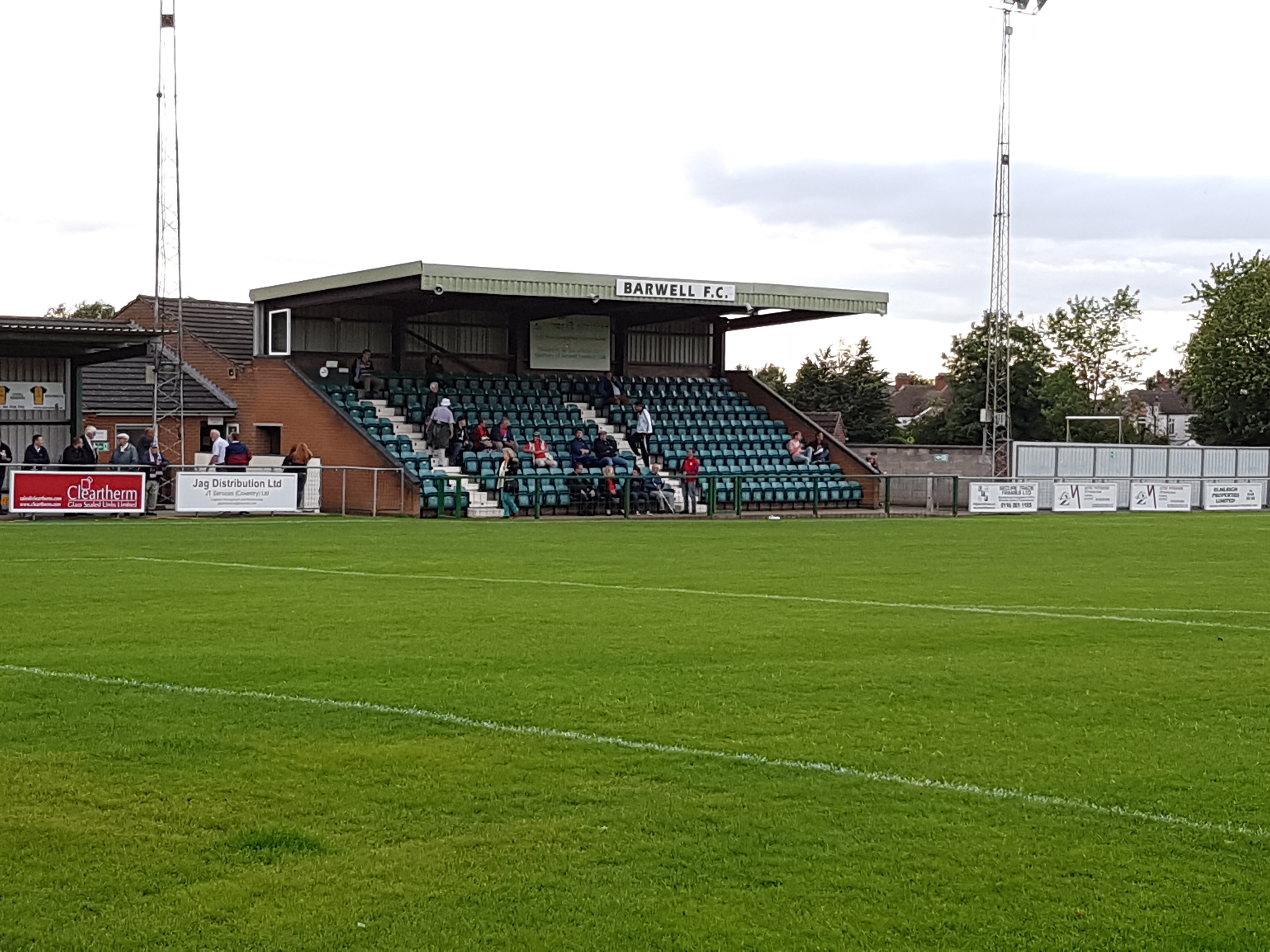 A frantic second half saw five goals and a red card as Hinckley AFC were edged out of their local derby 3-2 by NKF Burbage.

After a goalless first half where neither keeper was really tested, the game sprung into action after the break when Oli Bradshaw was sent off for the hosts.

Hinckley then led, but let their lead slip as they have so often this season when the hosts turned the game around.

The visitors then looked to have salvaged a point through Chris Hollist, but they gifted their hosts a win when Tom Smith netted five minutes from time.

In his first game in sole charge, John Ramshaw made one change to his Hinckley side beaten by Coventry United last week as striker Keenan Palmer made his first start.

And the home side, kicking down the hill and with the wind in the first half, had the better of the first 15 minutes.

Smith was their biggest threat throughout, and came close first when he bent one on the turn wide of George Warren’s post before calling the keeper into action with a sharp save from close range.

But Hinckley grew into the game, and themselves had the better of the next stage of the game as Jordan Wilson, Louis Hamilton and Palmer linked up well.

The hosts remained a threat on the break, Smith again the threat when Warren saved after Hinckley missed a number of chances to clear.

But Hinckley came forward again immediately, and Hamilton’s clean strike flew just wide after Palmer and Belcher were involved in the build up.

With both sides having had a spell of control, the latter stages of the half were quieter as the hosts just shaded the moments before the break. Jack Whitehurst’s header was cleared off the line, but Jake Brown missed their best chance when he nodded a free header wide.

In a torrential downpour after half time, the wind and rain made conditions difficult but the game sparked into life seven minutes into the second period.

Hollist received the ball on halfway, but also received a high and late lunge from Bradshaw, who was given his marching orders.

It was a needless challenge given the position of the ball, but the ten men in orange rallied well despite their winger’s reckless moment leaving them with a numerical disadvantage.

Josh Kind chipped one straight at Warren shortly after, before Hinckley made their advantage count when they took the lead on the hour. Hamilton’s corner was flicked on by Wilson at the near post, and substitute Dave Jones turned home just six minutes after coming on for his debut.

But the lead didn’t last – and just four minutes later the hosts equalised. A free kick on halfway wasn’t fully dealt with, and Smith’s finely struck effort from 15 years dipped and swerved beyond Warren to bring the hosts level.

Burbage’s only chances thereafter were ones of Hinckley’s own making, but they took theirs when handed them by their visitors while Hinckley themselves couldn’t force home when they created their opportunities.

Hinckley didn’t keep the ball well enough against the ten men despite having the better chances as Burbage fought to a man.

Wilson was denied a one-on-one by Nathan Astill’s fine last ditch challenge – and that proved crucial when Burbage took the lead with 20 minutes to play. Hollist committed to a challenge on halfway that he was beaten to by Jesse Adcock, and that allowed the hosts to pile forward. Adcock fed Smith, who raced to the byline and pulled back for Kind to tap home from inside the six yard box.

Now faced with an uphill battle, Hinckley had the better of the opportunities after that and Hamilton came within inches of scoring what would have been a goal of the season contender. He danced past four or five challenges as if the NKF defenders weren’t there and found himself through on goal – poking past Alec Hill but seeing his shot bounce off the inside of the post, agonisingly around the other post and out for a goal kick.

Not to be deterred, they pulled level three minutes later as the frantic nature of the second half continued. Jason Lee’s free kick was deflected kindly into Hollist’s path, who kept his composure to steer into the far corner and give AFC hope that they could take all three points.

Indeed, after Burbage fired a half chance over, Hinckley came close to leading again when a scramble fell for Lee eight yards out – the centre half denied by a fine save from the onrushing Hill.

And from potentially saving his side from defeat at one end, Hill instead sparked their win five minutes from time. His long goal kick was poorly defended, AFC beaten by one long ball from the keeper as they watched Smith run on and slot home a simple chance to restore the ten men’s lead.

After that, Hinckley didn’t threaten and the home side held on for all three points in the sides’ first ever meeting.