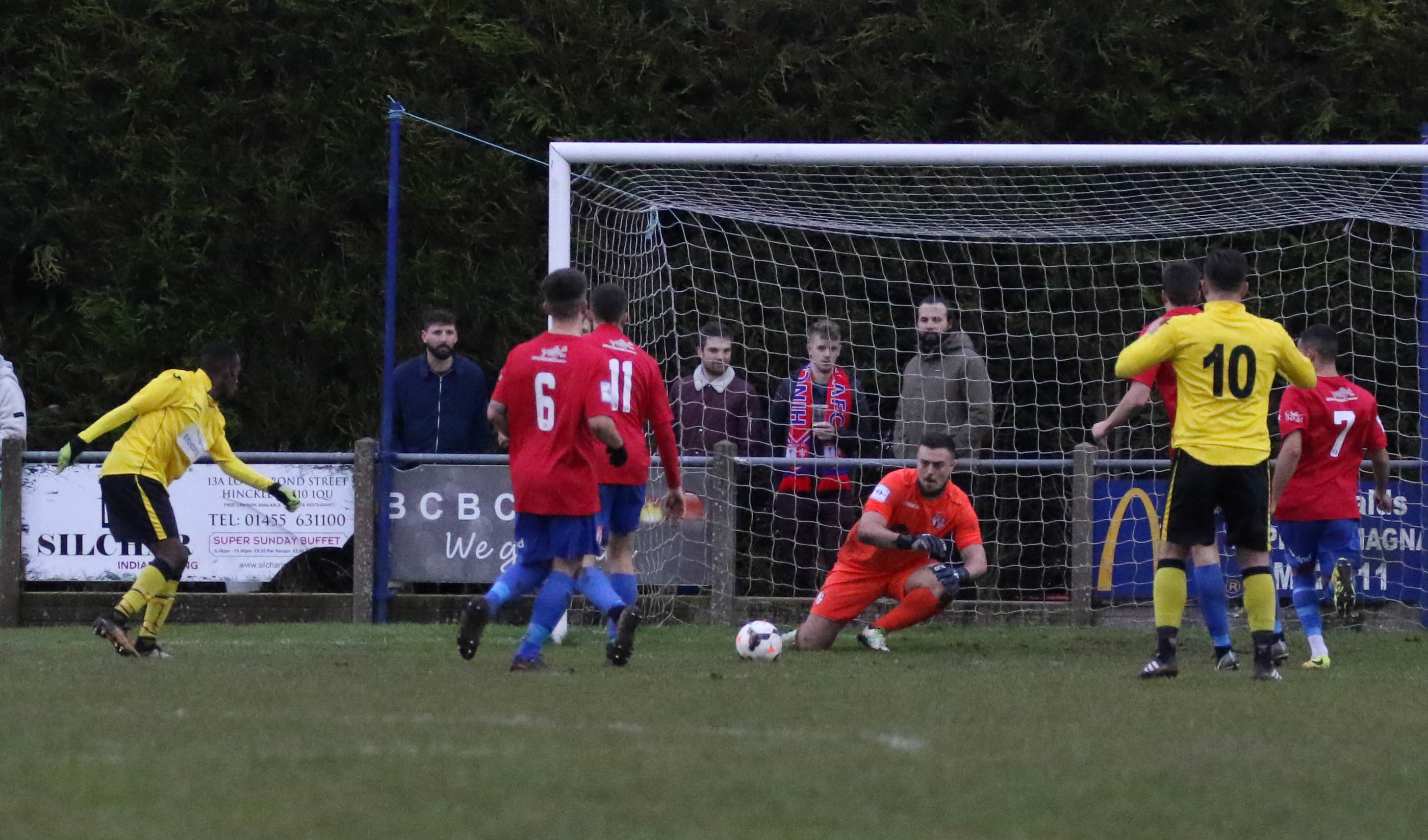 Returning Hinckley AFC goalkeeper Ty Belford says he has “unfinished business” at the club a year and a half after his first spell.

The former England Under 16 and Under 17 stopper made 11 appearances under father Dale’s stewardship in 2017, and admits he didn’t want to leave when he did.

But after returning to play under his elder brother Courtney, he wants to get the club back up towards the upper echelons of the league table.

“Last time I was here the support and atmosphere was great. There are good people at the club and that massive fan base for the level will be a big attraction and a big selling point. We should be competing at the right end of the table.

“The club was at the wrong end last year but we’ll do our best to make sure it’s not there for long.”

He looks back with fondness on the FA Vase run during his last spell, which saw the club reach the fourth round and beat AFC Mansfield and Deeping Rangers along the way.

“The revenue from cup runs of any sort is great for a club like this. We didn’t fear anybody in our league or in the cups, and I’m sure that’s a mentality we’ll want to create again.

“We’ll create a good team spirit through the manager and Steve (Hinks, assistant manager), and we’ll be well drilled.

“We’ll give everything, and if that can help a younger squad like the one from last season then that’s great. We’ll pull in the right direction and try to bring back the exciting times for the fans.”

Belford spent the second half of last season playing National League North football with Nuneaton Borough, alongside Dale and his oldest brother Cameron, having also played for Swindon Supermarine and Romulus since leaving Hinckley at Christmas time in 2017.

He says helping out at Nuneaton brought its challenges, but was a great learning curve. “The club was in difficult financially so I was asked to go there and help them out. I didn’t take a penny from the club and I ended up playing four games up front. That was obviously a position I’m not used to. With the new rule changes I might end up there again!”

The rule changes he refers to are the new dissent yellow cards brought into play at step six this season – and he admits that while he hopes not to end up in that situation, he’s done his homework.

“I’ve read up on the rules, so know that if a goalkeeper gets a booking for dissent we’ll have to play on pitch until the ball goes out. If I end up as a striker I’ll just try and nick a goal before I have to go back!”