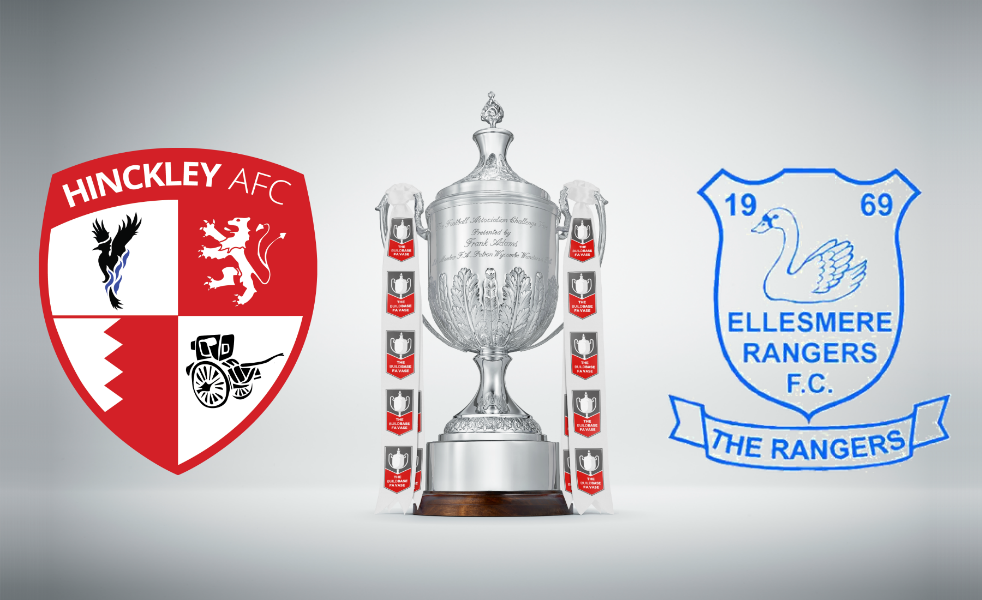 Hinckley AFC will host Ellesmere Rangers in the first round qualifying of this season’s Buildbase FA Vase.

The draws for the early rounds of FA competitions were released earlier today, with the North West Counties League Division One South side making the visit from Shropshire on Saturday 31st August.

Rangers finished second from bottom of their league, also at step six, last season after making the transition across from the West Midlands Regional League.

That game will take place at the Welfare Ground, kicking off at 3pm.

The winner of that tie will then host Rocester a fortnight later, AFC’s league rivals visiting the Welfare Ground or Ellesmere’s Beech Grove ground on Saturday 14th September.

In the FA Youth Cup, our Under 18s face a trip to Lincolnshire to face Deeping Rangers in the preliminary round. That tie will take place in the week commencing Monday 2nd September, with the winners hosting Harborough Town in the first round qualifying a fortnight later.