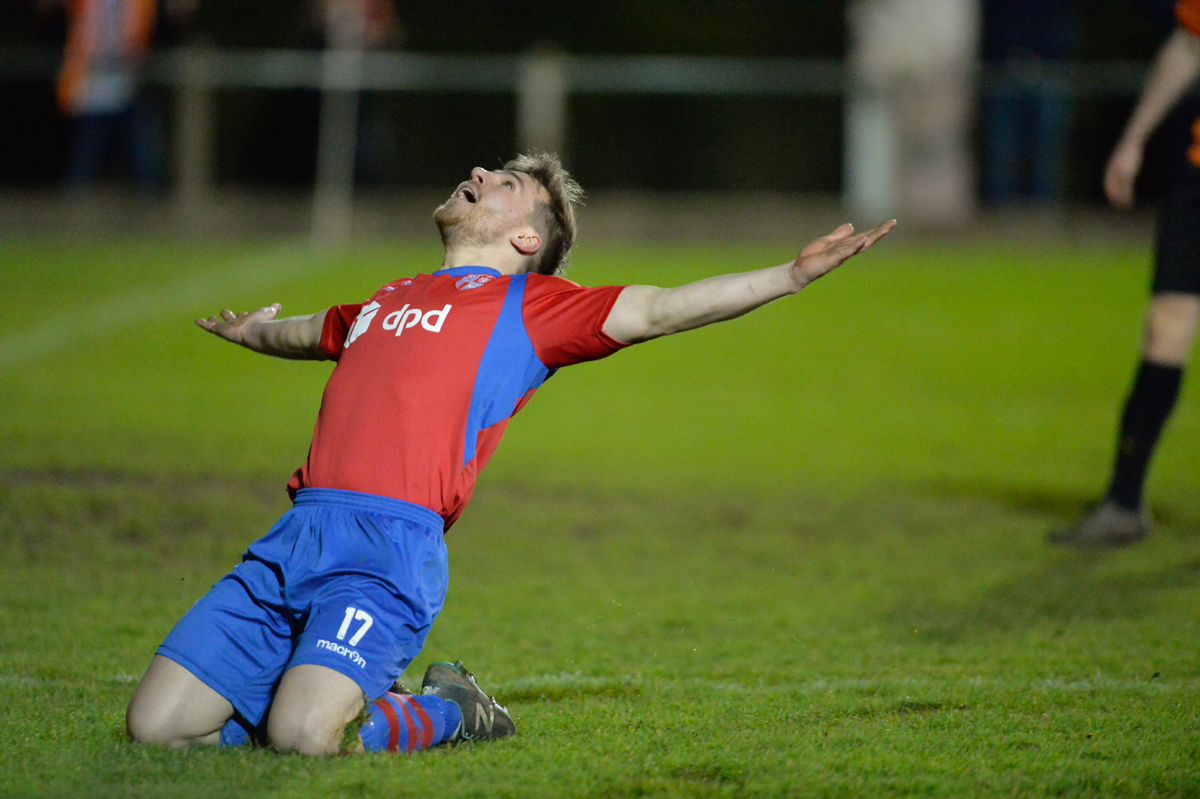 Hinckley AFC are delighted to announce that the club’s leading appearance maker Luke Richards has returned for 2019-20.

The striker is one of only two players – alongside Mitchell Tomlinson – to have made more than 100 appearances for the club and returns for a third spell under new manager Courtney Belford.

With 112 games under his belt, he is also second in the club’s all-time goalscoring charts behind only Ryan Seal, having netted 75 times in those games, and scored a hat-trick in our pre-season friendly on Saturday.

A man with the knack of popping up when it matters, he scored to salvage the unbeaten run in the remarkable stoppage time comeback at Bolehall Swifts in March 2015, and was instrumental in overturning a 2-0 deficit in the final 15 minutes to beat Leicester Road ten months later.

He also scored a three-minute brace in the FA Vase win over Berkhamsted to get AFC off to a flying start in the fourth round tie in January 2017 in front of a near-record crowd.

He has featured in all three of our friendlies so far and signed on for the coming season after his quickfire treble on Saturday.