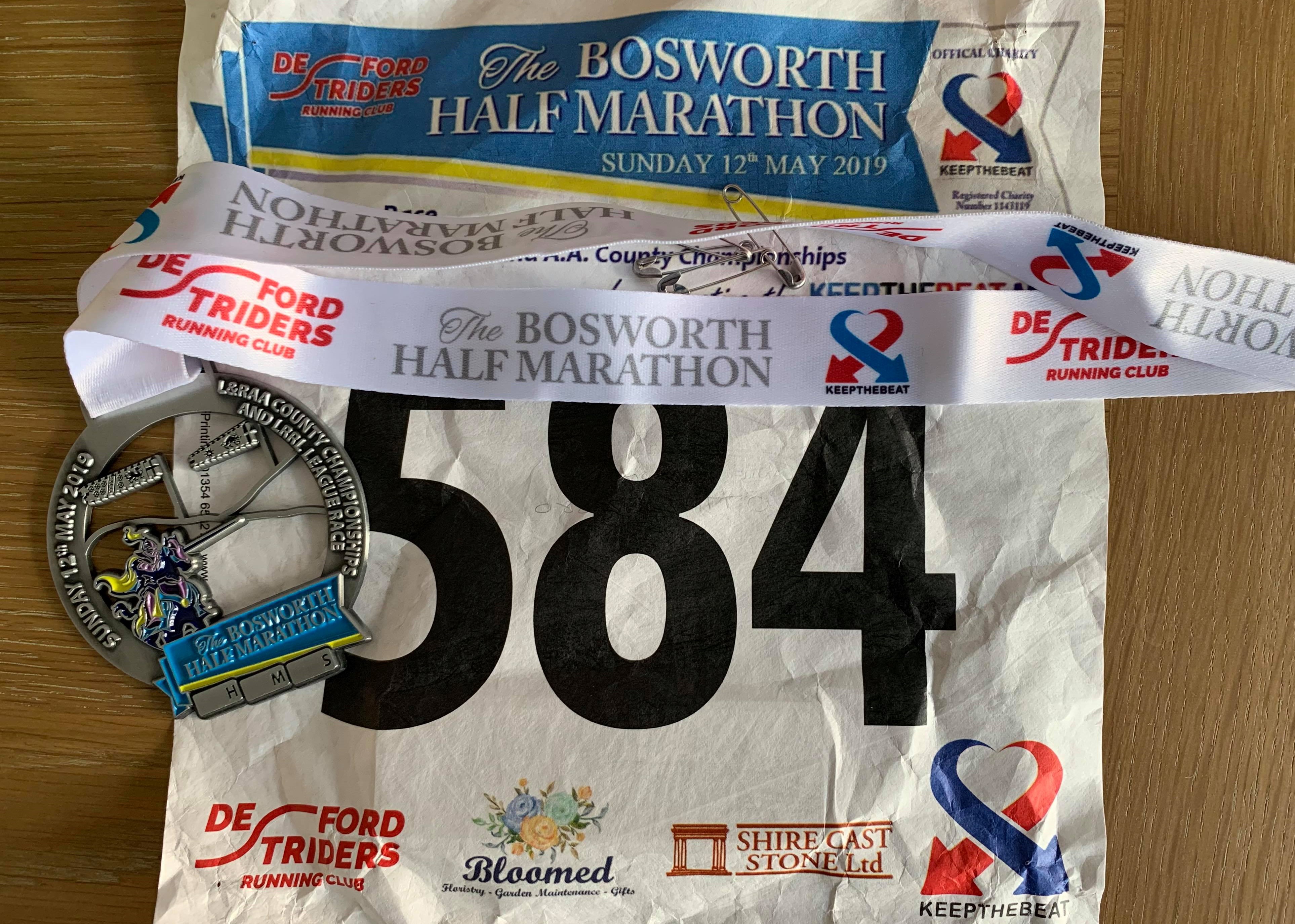 Club photographer Mark Parsons raised more than £400 through his Bosworth Half Marathon effort in May.

Mark can regularly be seen snapping his lens pitchside, but put his camera to one side when he took to the streets of the borough for 13.1 miles in the close season.

He completed the race in 1:55:39, and through that he raised £434 – split equally between the club and Congenital heart charity Keep The Beat, who both receive £217 each.

Mark would like to thank everyone for their support before, during and after the race.