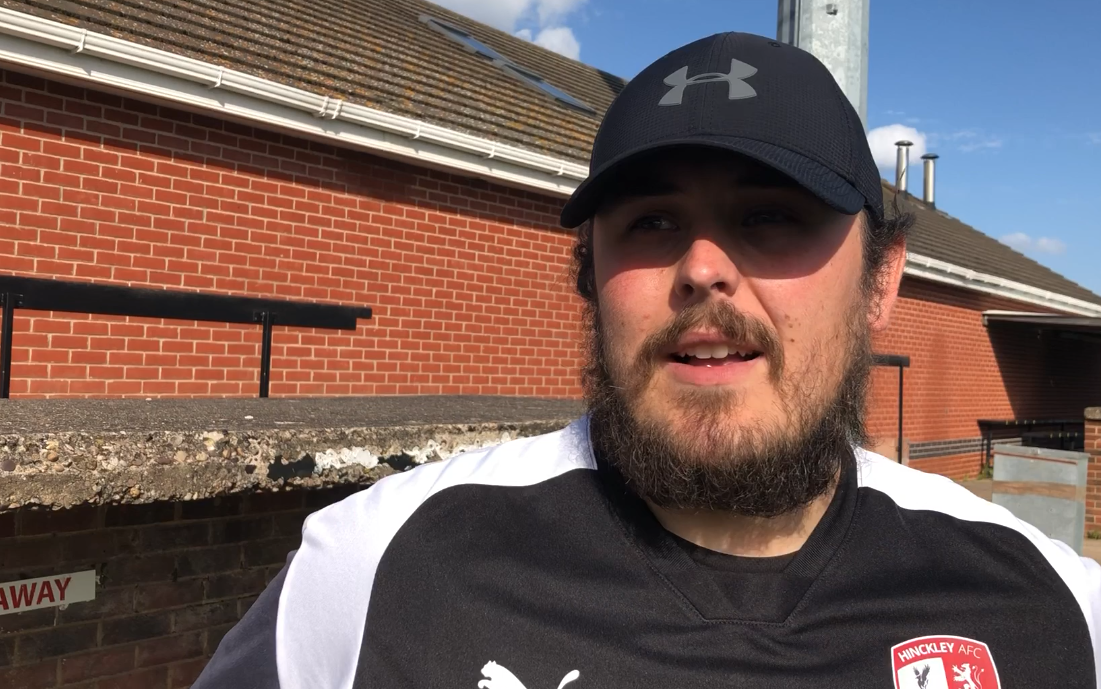 Hinckley AFC manager Courtney Belford said the game against Paget Rangers was all about three points – and admitted he wasn’t too fussed how they came.

Belford watched his side record their third straight home win against the Bears, as Ky Green and Dimitri Dunkley both netted in the first half.

And though the second half was scrappy for spells, the former Nuneaton Griff boss was pleased with the day’s work.

He said: “We knew they would be a threat so I said to the lads that if we can score some early goals, it would take the pressure off us if they came at us on the counter attack.

“But it was good to get another win at home. If you keep winning at home and try and take care of business away, it becomes a bit of a fortress for us.

“The fans have been fantastic again, that’s exactly what we need and it’s massively important going into Monday that we took a positive result so we can go into it full of confidence.”

AFC were two goals to the good at half time, as they took a lead into the break for the third game in succession.

Belford said breaking the deadlock early will be crucial as the campaign progresses.

“In the first game of the season, we didn’t score early and we saw how edgy it was and we ended up scoring almost with the last kick of the game.

“There’s going to be teams that will grind out results this season, put men behind the ball and not have a massive attacking threat but try and hit us on the counter.

“If we can score early goals against these sides we can knock the stuffing out of them a little bit – and that’s what we did today.

“We’ve worked a lot on the defensive side of things, we did a lot of it at training on Tuesday, Gav (Brown, assistant manager) worked hard on that and it’s come good.

“We’ve just got to keep winning and approaching games in the right manner. We’ve got no given right to win any game of football, we’ve got to earn the right to win and to play, and at the minute we’re doing that.”

New signings Dunkley and Jake Brown both slotted straight into the starting eleven, and Belford was full of praise for the duo and the impact they had on the side.

“They were both superb. Jake was different class in there, he’s what we needed. We’ve had a couple of midfielders missing in Ryan Ball and Mark Williams, so we needed to get somebody in. We can’t be in that position we were in against Stafford where we’ve got two bodies on the bench. It’s not acceptable.

“Jake managed the game really well, and that’s what you’ll get from him. He’s experienced even though he’s only young. He’s played a lot of games and I thought he was superb.

“Dimi’s direct, he gets at people, and he works hard on the defensive side of it. We’ve always said that if he works hard tracking back, he’ll get his rewards going forward.

“He got his goal with a great finish and looked a real goal threat. He’s still lacking a bit of match fitness but he’s the second of two good signings for us and two signings that we needed.”