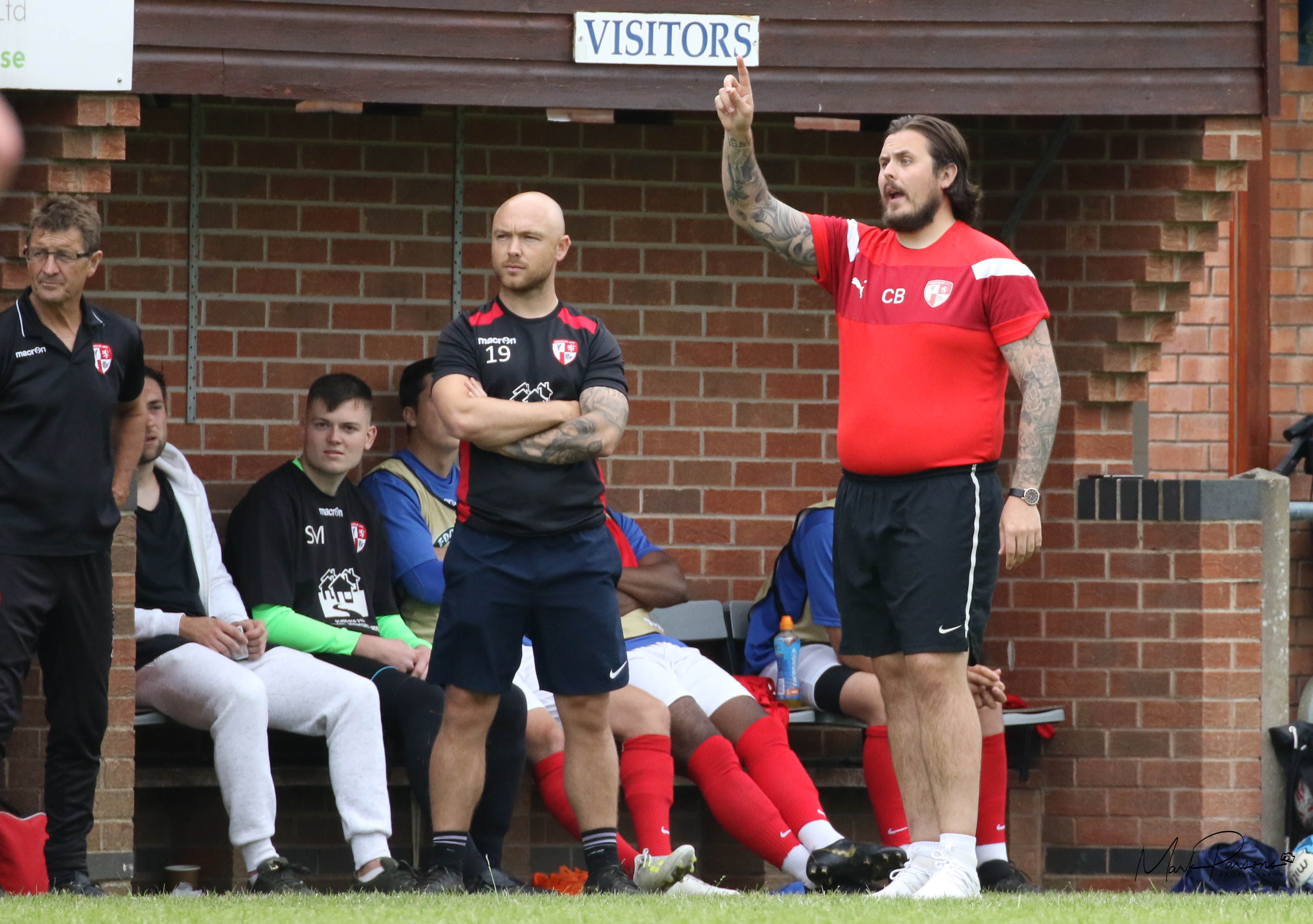 Both formerly of NKF Burbage, Tom scored more than 50 goals for them across the last three seasons during their rise up the Midland League pyramid.

The attack-minded midfielder scored twice against Hinckley for Burbage last season and set up two more goals in the two meetings between the sides, having settled seamlessly into life at step six.

And Belford says his signing is an important one as Hinckley look to put-back-to-back defeats behind them.

He said: “Tom’s one that I wanted at the start of pre-season, but he stayed loyal to NKF and fair play to him for that.

“We had a good conversation and he had a good ten or 15 clubs that were interested in signing him, so it’s a massive coup for us.

“He’s a good technical player, can do a bit of everything and chips in with goals. Whenever I’ve seen him play, he’s always stood out and been one that I thought can make a real difference.

“He’s local too, and if it means something for these lads to play for the club then hopefully that can be a real boost for us.”

Meanwhile, Scott has also played for Burbage and Nuneaton Griff and netted six times in 14 games for the latter last season.

Belford expects the powerful striker to offer a different dimension to the AFC attack.

“Scott was captain of Hinckley’s youth team as a kid and you know what you’ll get from him. He works very hard, he’s organised and can give us a different dimension.

“He’s a big, strong lad. He’s not a prolific goalscorer but he’ll bring others into play. He can come on and be hard to play against, and he’s another good signing.”

The 6’4″ striker has been a prolific goalscorer in Division One for a few seasons, having once netted 44 times in a year for Nuneaton Griff, as well as spells at Bromsgrove and Atherstone Town.

“Luke’s proven at this level of football. Over the last couple of seasons he’s probably not dedicated himself to his football, but he made a massive breakthrough for Nuneaton Griff and deserved his move to Nuneaton Borough.

“He’s a great lad and he gives us a different option. If we want to go direct, we can. He and Luke Richards looked really comfortable together on Saturday.

Belford also wants Shorthouse’s addition to also bring the best out of Luke Richards, after a lean spell in front of goal for the club’s record appearance maker so far this term.

“We’ve been looking to get someone else in as a foil for Luke because we want to get the best out of him.

“He’s not been prolific in terms of his goals but we’ve backed him and he’s started every game and it’s not just about the goals for Luke.

“He’s great for the team, and in the dressing room. You can’t replace that. He’s been fantastic.

“Even if he’s not scoring, he’s still working hard for the team and affecting the game. All we ask of him is to give us everything he can for as long as he can, and hopefully having two up there together can take the pressure off him a bit.”