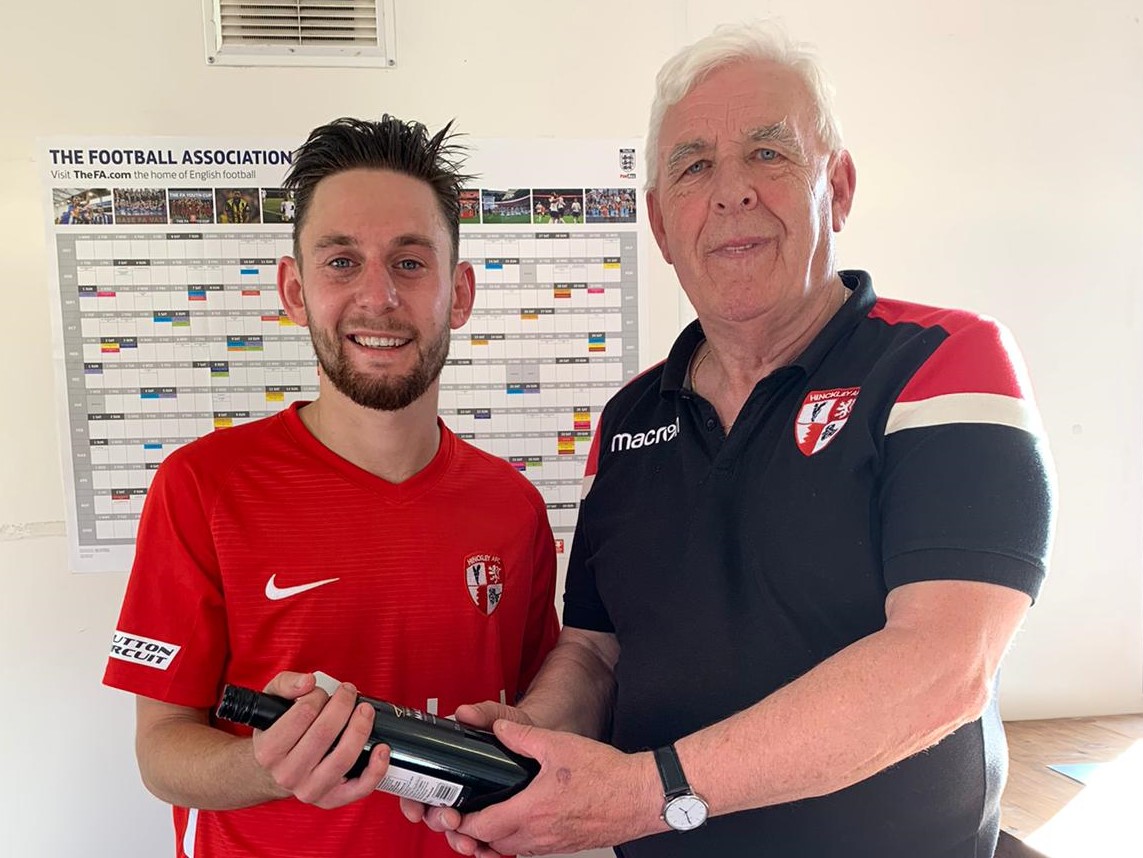 Congratulations to Ryan Ball, who picked up the I Due Vulcani Supporters’ Man of the Match for his display against Brocton.

It was the very definition of a box-to-box performance from the midfield man, who impressed in attack and defence during the win over the league leaders.