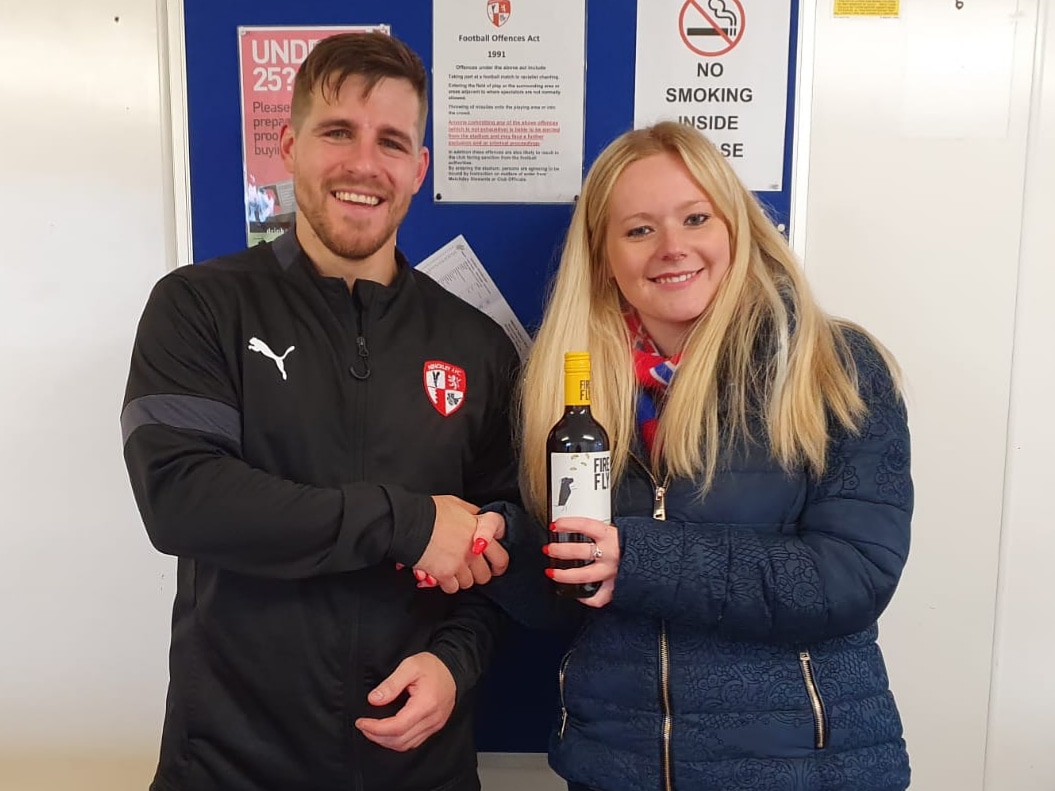 There were plenty of contenders yesterday, including two assists for Dimitri Dunkley, but there could only be one I Due Vulcani Man of the Match.

And it had to be the hat-trick hero Luke Richards, who also set one up for Tom Smith in the final few minutes.

He was presented with his prize after the match. Well played, Luke!