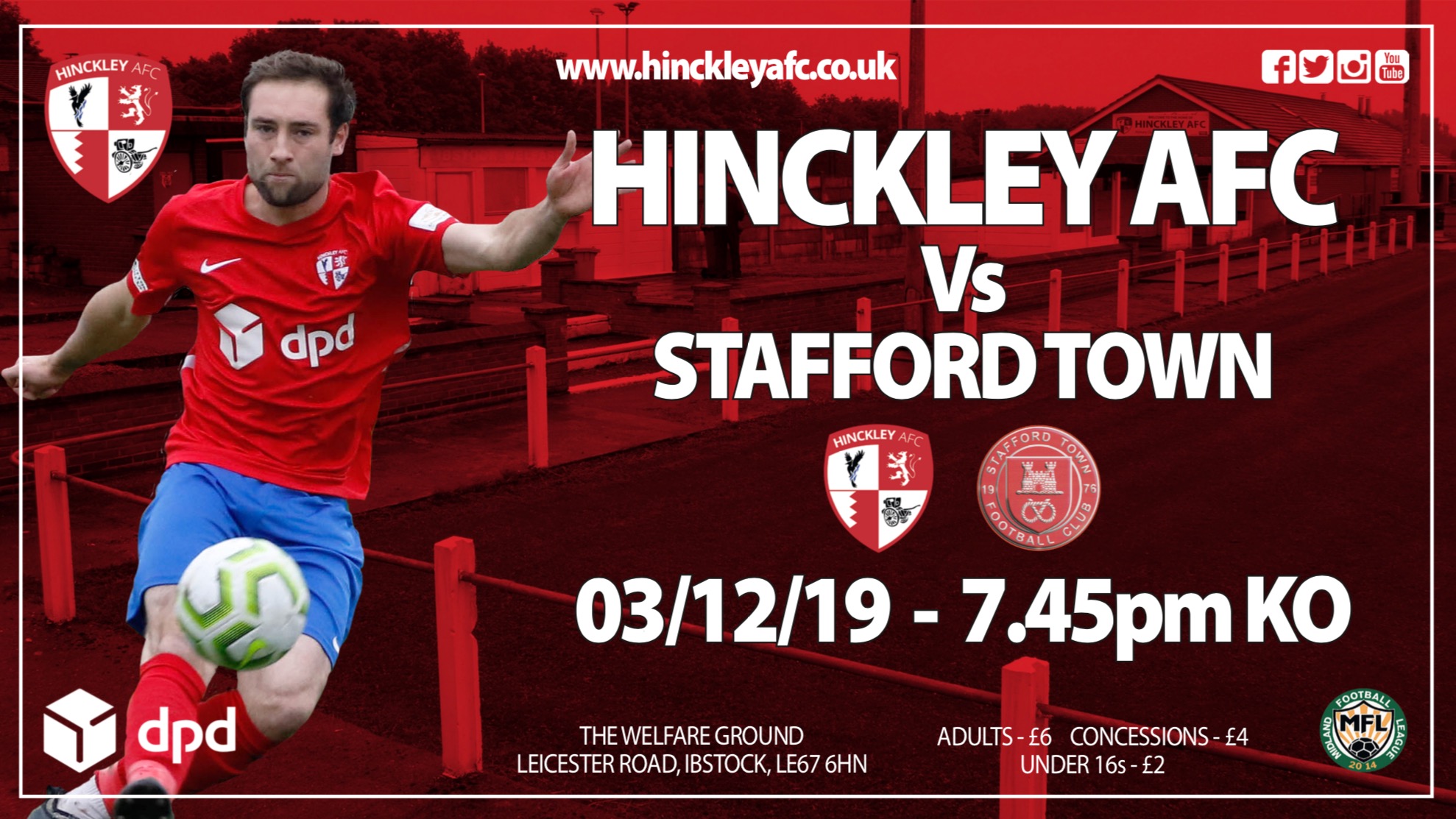 Hinckley AFC go in search of a return to winning ways in Division One when Stafford Town visit the Welfare Ground tonight.

AFC, having played only one game in the last 31 days, sit sixth and could move within a point of fifth-placed Studley with a win over lowly Stafford.

They suffered a heavy defeat last time out but Courtney Belford’s side were unbeaten in three before their weather-hit spell and will be looking to get back to that run of results this evening.

But despite their league position, Stafford will pose a threat as they proved in the reverse fixture when they scored two late goals to snatch their first ever win over Hinckley.

That was one of two league wins for the Reds, who sit second bottom and one point above basement side Nuneaton Griff.

They have scored 19 goals, the fewest in the league, while only Griff have conceded more – and Tom Duffy, with five goals, is their leading scorer this season while Queenton Manase has four.

Unlike Hinckley, Stafford haven’t struggled for match action in recent weeks – this being their fifth game in two weeks – but they have lost their previous seven and themselves are looking for a return to form.