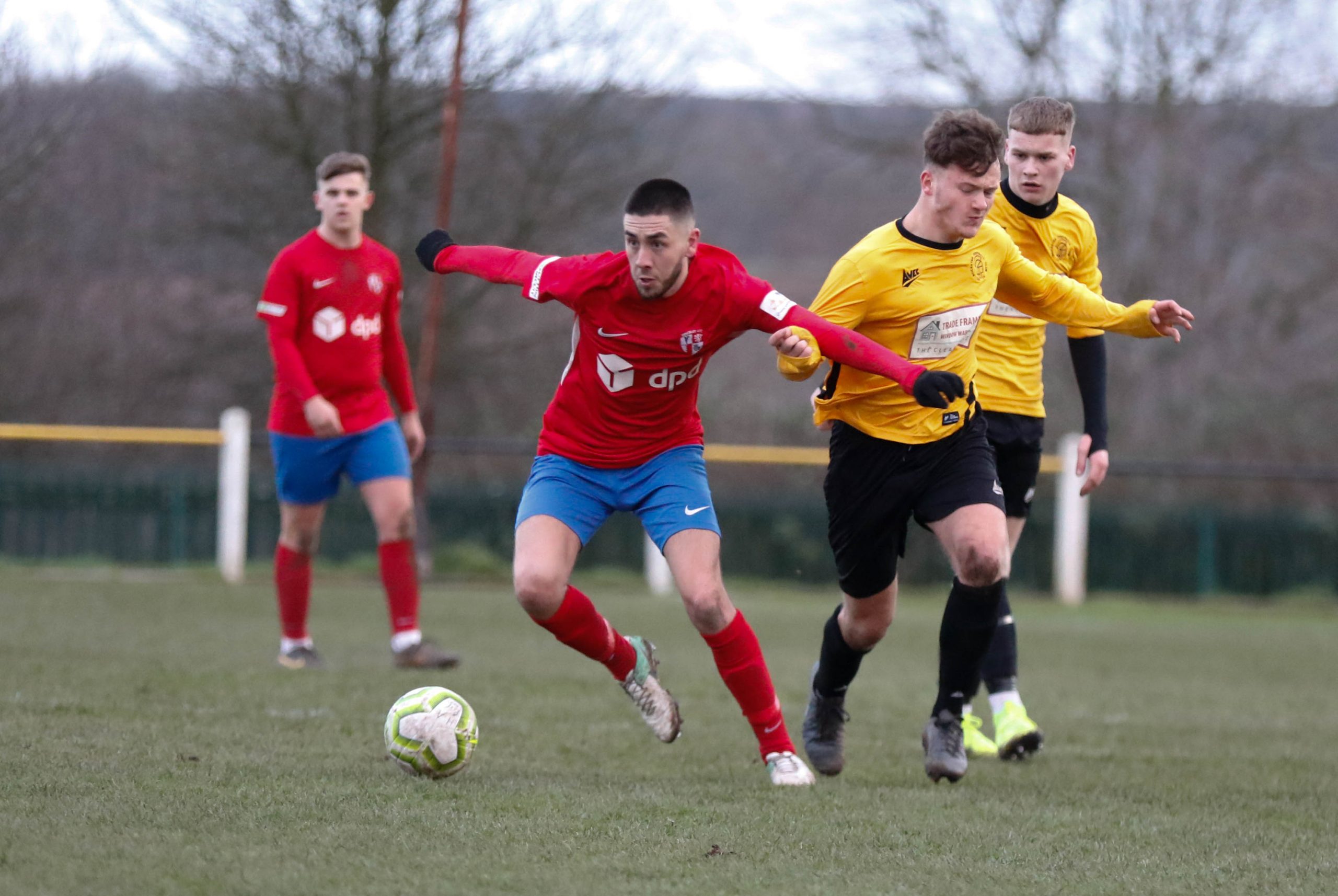 For the second Saturday running, there was late drama at The Welfare Ground that left the home fans jubilant as Hinckley AFC snatched a late point in a 2-2 draw with Rocester.

Last week in the final minute of normal time, Ben Kendrick struck to beat Nuneaton Griff, and at the identical point in this game, Rocester were looking like beating Hinckley for the third time this season before Carl Allen’s sliced clearance looped over his own keeper to level it up.

A point apiece was just about right. Neither side was ever in complete control and given the teams adjacent positions in the league table, it was no surprise it was a closely contested encounter.

AFC almost went in front inside two minutes, Dimi Dunkley beat his man on the edge of the box before his well struck drive was tipped over by Richard Froggatt.

But the first half was a largely scrappy affair, with the ball spending far too much time in the air in the gusty conditions.

The Romans wasted a glorious chance to go in front on the half hour mark. They were awarded a penalty when Ryan Ball pulled back Liam Robinson but Elliott Taylor did well to dive low to his right to keep out Jordon Dodd’s spot kick with Oliver Marsh smashing the rebound against the frame of the goal.

The second half was a vast improvement. The game had a far better tempo to it, helped by a flurry of three goals in seven minutes before the hour mark. Rocester went in front when Elisio Francisco delivered a corner from the right that was headed home powerfully by Josh Sedgley.

But Hinckley responded well and soon levelled, a well worked short corner catching the visiting defence cold and Ball delivered an inviting ball into the box that was tapped home by Lewis Commins on the far post.

Rocester’s response was instant as they wasted no time in regaining their lead, Jordan Godfrey’s long throw from the left reached the unmarked Francisco who finished.

Hinckley upped their game and showed a real sense of urgency as they fought to level it up again, but for all their possession, they were frustrated by a well disciplined Rocester defence.

Indeed the best chance came at the other end and the home side had reason to be grateful to keeper Taylor once again who produced a fine save to tip over Robinson’s free kick.

The value of that save increased with the dramatic finale. In a last desperate bid Hinckley attacked again, Mitch Thomson delivered a ball into the box and in attempting to clear, visiting skipper Allen sliced horribly and it looped agonisingly over the stranded Froggatt to the joy of the home fans as a point was rescued.