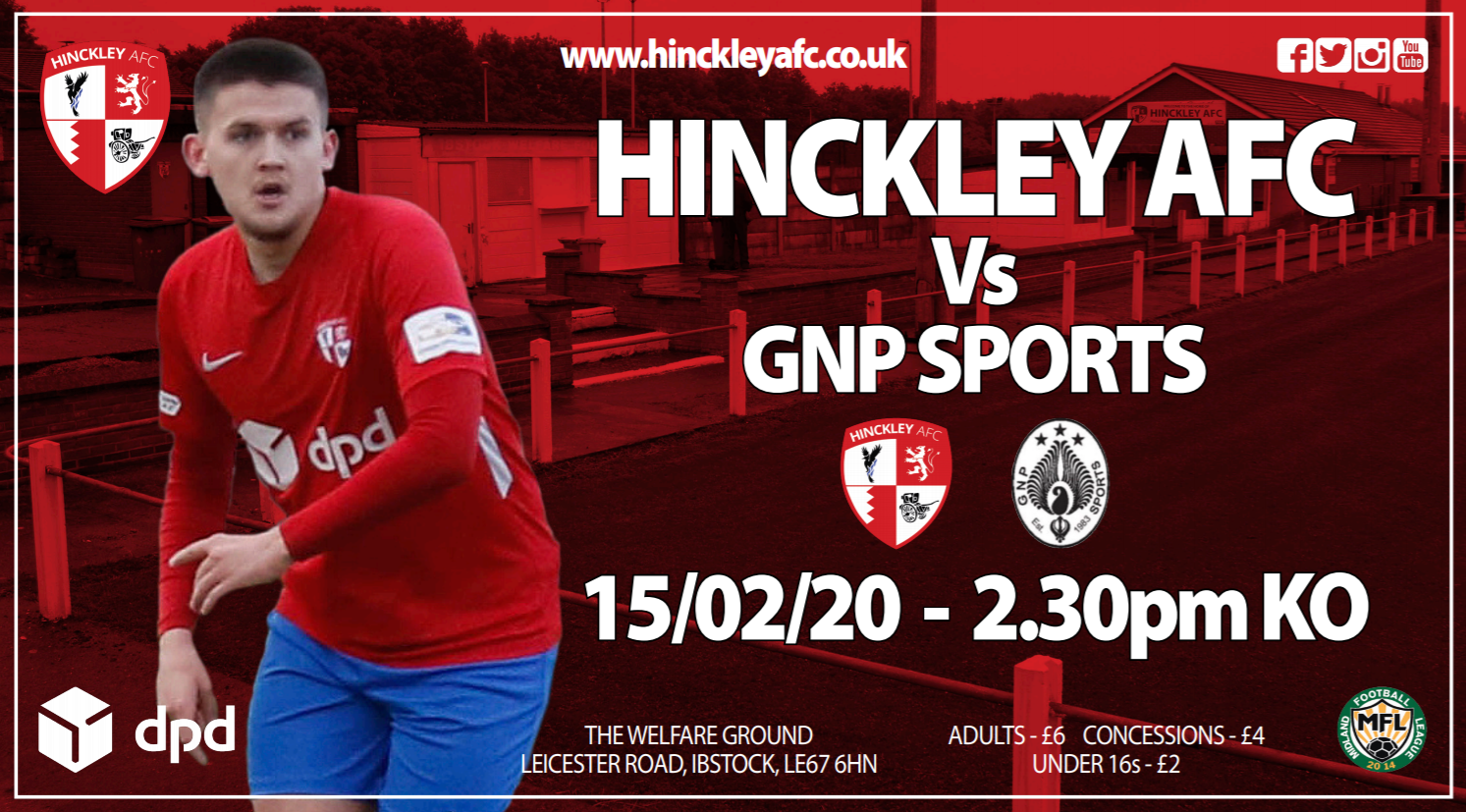 Hinckley AFC play their final home game until mid-March when GNP Sports visit the Welfare Ground for the clubs’ first ever meeting tomorrow, kick off 2.30pm.

AFC face six consecutive away days after the visit of GNP before their next home game in just over a month’s time.

And after a midweek postponement, Courtney Belford’s men will be raring to go in a bid to put right a recent record of one point from the last three games.

That trio of games has followed a good display of three consecutive wins as Belford strives for the consistency that would see his side become a real threat.

Tomorrow, they face a GNP side who, like Hinckley, have been seeking consistency for large spells of the season.

They sit tenth in their first season at this level, having won 11 and lost ten of their 22 games so far. They are three points behind Hinckley with two games in hand, their season summed up by their last four games in which they have won two and lost two.

They did take all three points from their last outing – a Coventry derby against Copsewood in which Chris Lloyd netted all three of their goals.

As big a threat for GNP this year as he was for Heather last term, Lloyd has 21 goals in just 19 starts this season and stopping him looks to be key to AFC’s chances.

Don’t forget – kick off is slightly earlier at 2.30pm!