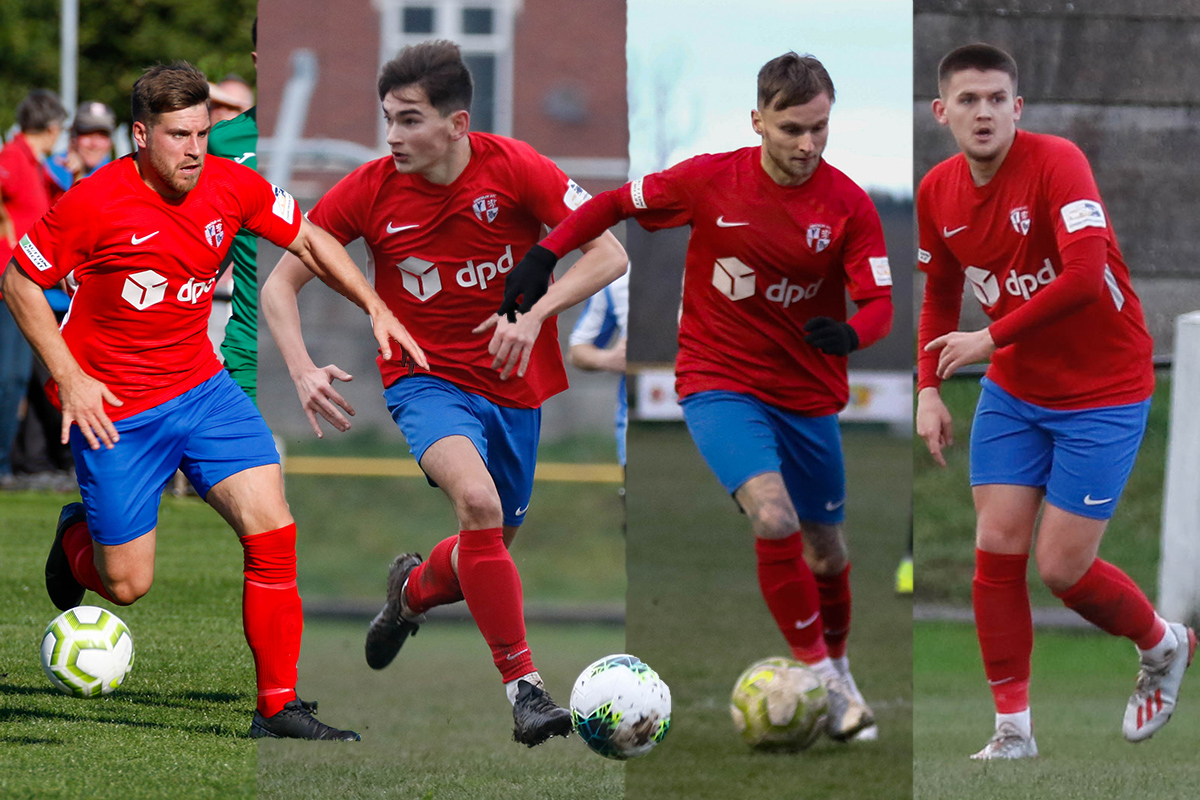 With a month to go until the planned start of our Division One season, Hinckley AFC can confirm the first four players to re-sign ahead of the 2020-21 season.

This will be the sixth season out of seven that Richards, who was the club’s leading scorer last term and is closing in on Ryan Seal’s overall goalscoring record, has featured for the club.

He also won the Supporters’ Player of the Year last term for his displays both up front and on the left.

Meanwhile Giles, who picked up the Young Player and Players’ Player awards, has also committed after stamping his mark on midfield last season.

He made his first appearance of the campaign in October and went on to play a further 11 times in the middle of the park.

Versatile Harris signed in January and only managed to feature five times because of the weather and virus, but adds quality on the ball and a wealth of Division One experience.

Meanwhile former Coventry United man Kendrick has also re-signed after seemlessly settling into the back four last term after joining in December.

We’ll confirm the next four retained players tomorrow morning with some new additions to come soon too.