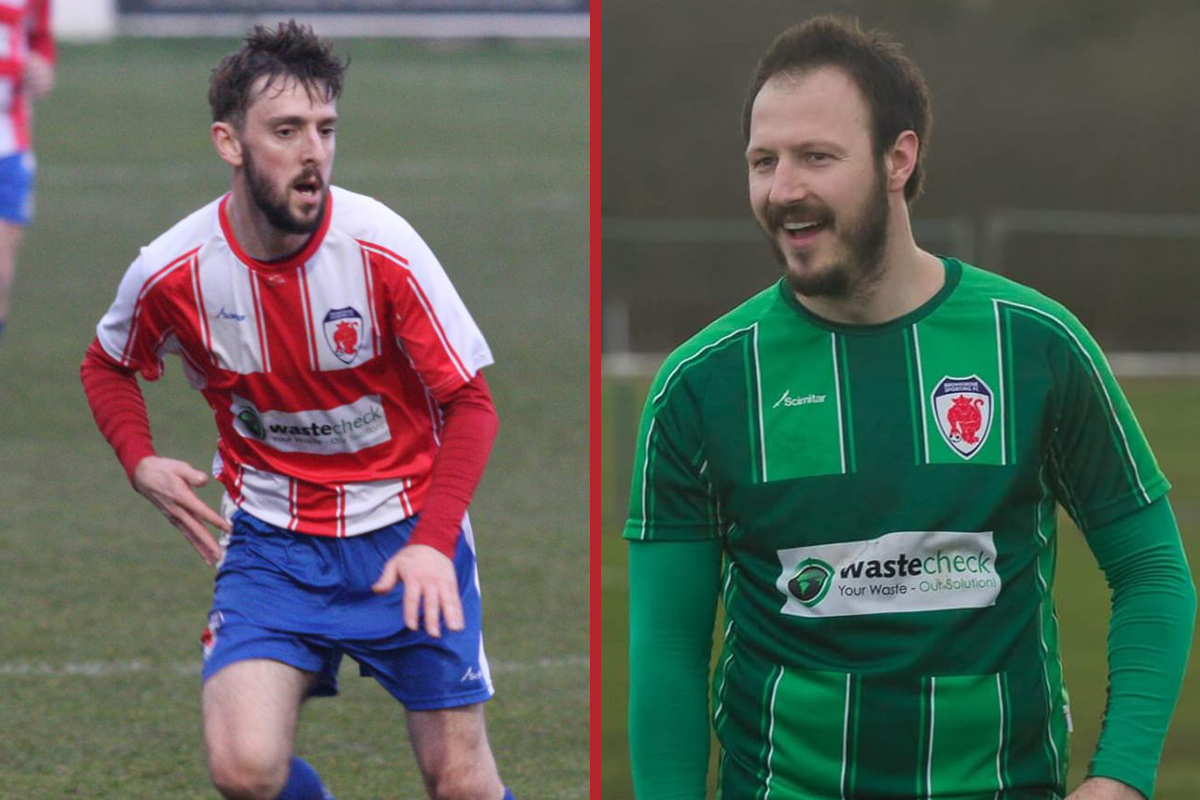 Centre back Edwards and striker Lloyd were both part of the Bromsgrove Sporting side that went the whole of the 2016-17 Division One campaign unbeaten and reached the semi-finals of the FA Vase, while also finishing top of the table with Heather St John’s two seasons ago.

And manager Courtney Belford said the pair are ‘serial winners.’ He said: “Luke is the type of player we missed last season, an experienced centre back who will talk and organise. He knows the level and can help our younger defenders through games. He ticks all the boxes.

“Chris is a proven goalscorer wherever he’s played. If we can get more service around him he’ll score goals this season.

“They’ve both played together with Mark Williams and Billy Spink before at Heather, so it’s not a case of bedding them in. They already have those partnerships and that’ll make it easier for them to slot straight in.”

Both Edwards and Lloyd spent last term with league rivals GNP Sports, although Edwards finished it in the Premier Division with Racing Club Warwick after moving mid-season.

The defender made more than 100 appearances for Coleshill Town before moving to Bromsgrove, where he was a regular feature in their title winning side’s back line and also chipped in with a valuable seven goals.

He left there to return to Coleshill, before helping Smithswood Firs to promotion from Division Two and then moving to Heather in 2018.

Lloyd, meanwhile, is a regular name on the scoresheet in Division One and scored the goal in our pre-season draw at Gresley Rovers on Saturday.

Over the last few seasons he has netted 151 goals in 157 starts for the likes of GNP, Heather, Smithswood, Bromsgrove and Chelmsley Town – including one in Bromsgrove’s FA Vase quarter final against Buckland Athletic in 2017, the side who knocked AFC out in the previous round.

They’re the first two new additions to be confirmed after 11 of last season’s squad extended their stays with the club earlier this week.