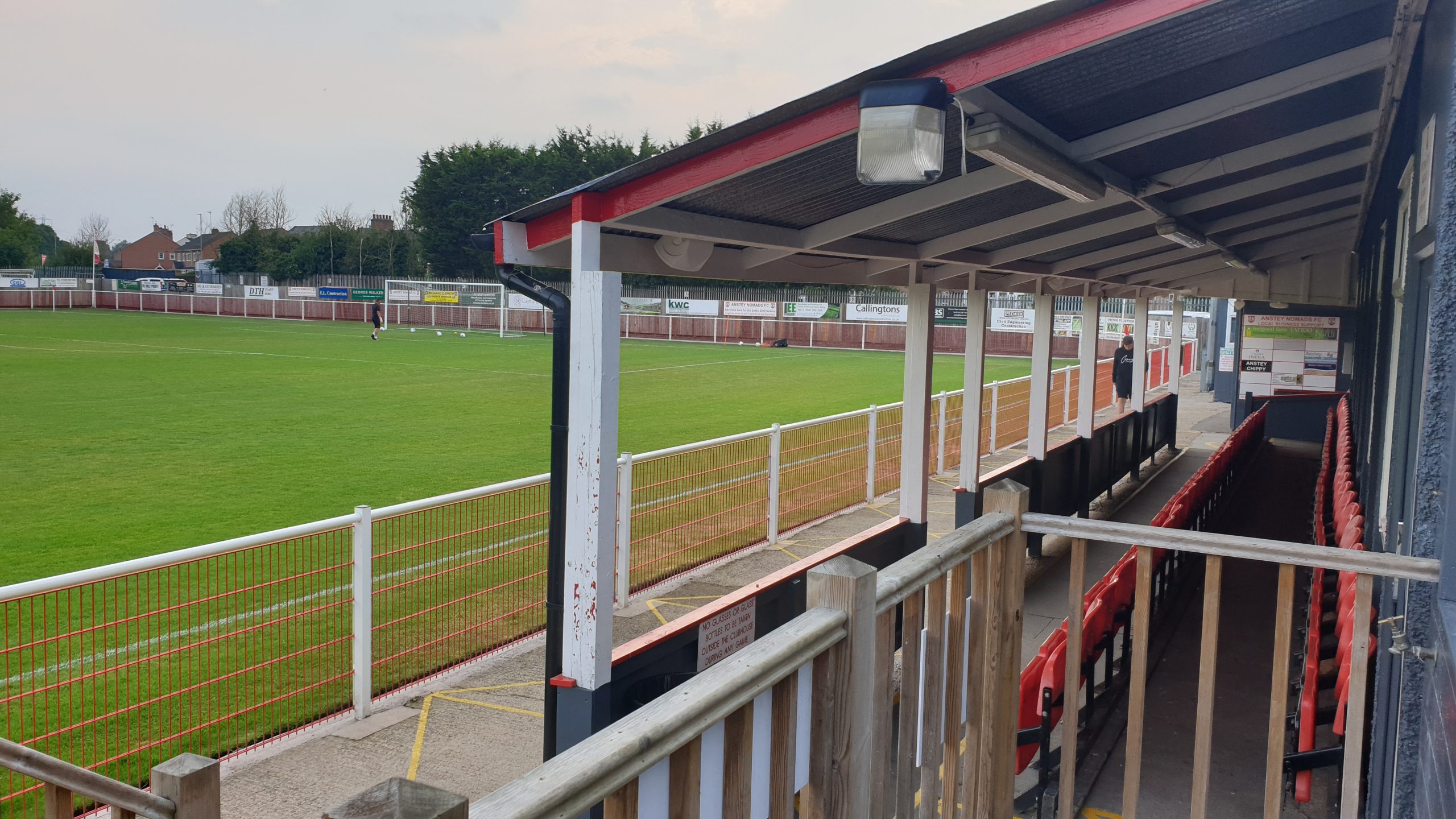 A solitary second half goal was the only difference between Anstey Nomads and Hinckley AFC as the sides’ pre-season preparations continued to step up.

In a well contested game where both managers will be pleaded with their workouts, Michael Reeve scored the only goal two minutes into the second half to earn Anstey the win.

Hinckley named a young side, with a number of experienced players missing having only played two days earlier at Lutterworth. Tom Weale, Luke Richards and Chris Lloyd all missed out with half an eye on Saturday’s visit to Coleshill Town.

But the youthful team gave a good account of themselves against an Anstey side who finished last season in the top half of the league above.

The home side started the game the stronger, a trialist forward heading over after Reeve’s good work down the right, but Hinckley grew into the half as it wore on. They had the half’s best chance when Ben Ashby went through on goal but tried to square instead of shooting, and Anstey cleared.

Anstey, though, started the second half as brightly as they started the first but this time gave themselves a goal to show for it. It was a well-worked goal, Reeve slotting home neatly on the angle with just Billy Spink to beat after a neat one-two.

But again, Hinckley reacted well and nearly levelled when two trialists combined, one inches away from the other’s cross.

Then, Lewis Commins raced onto Reece Giles’ fine pass and ran through on goal but tried to turn back onto his right foot and was shut out.

But the closest they came was of Anstey’s own making, Josh Hill slicing the ball back towards his own goal, ‘keeper Conrad Logan sliced an attempted clearance too and the ball bounced onto the post.

Anstey had chances to double their lead, Spink making a smart stop at his near post late on, but Courtney Belford will take a great deal from his side’s display as they take a step closer to match action.