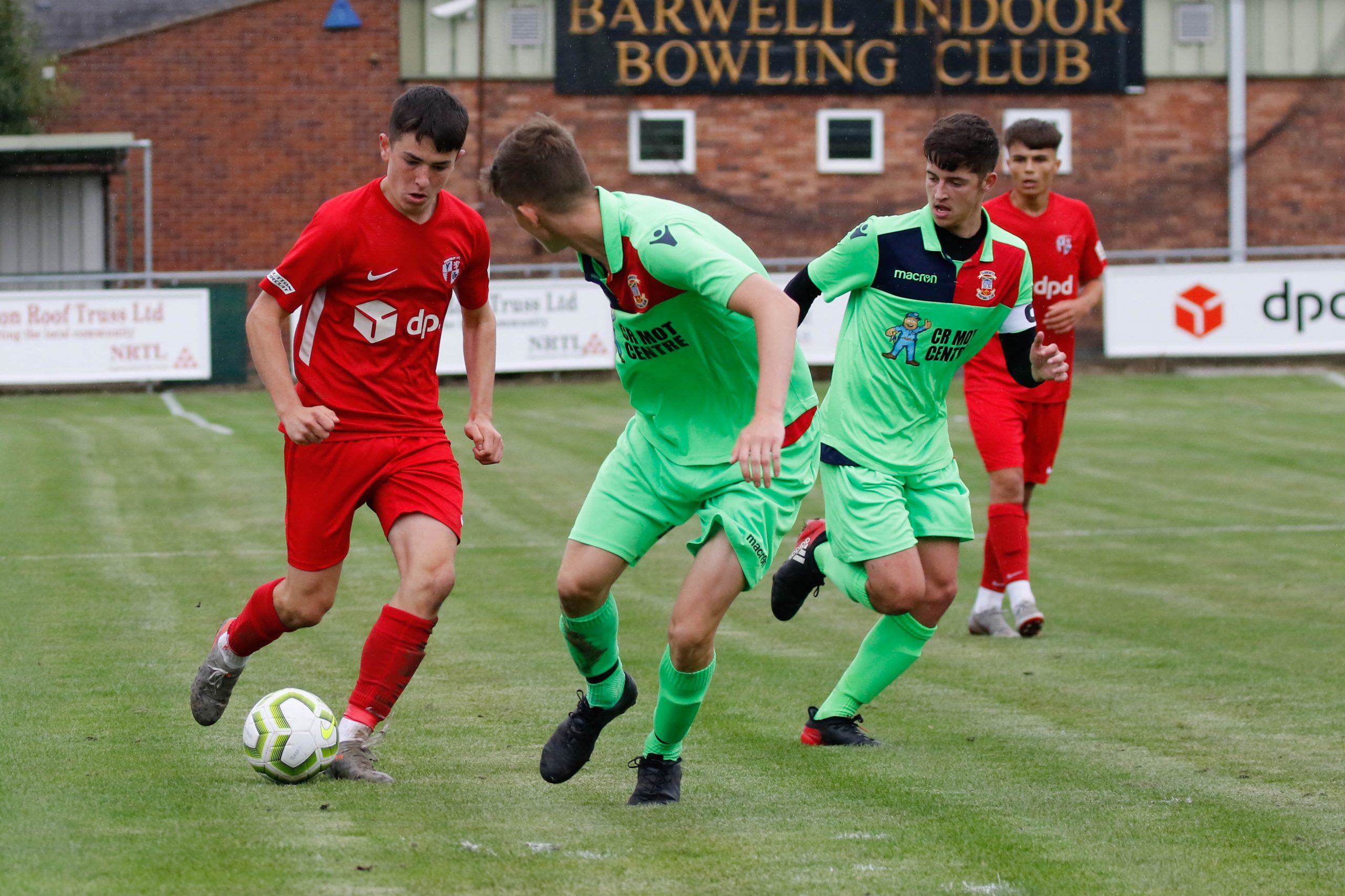 Hinckley AFC wrapped up their pre-season campaign with a resilient 1-0 win over Tamworth Academy at Kirkby Road.

In their first home game with supporters allowed and last before the season kicks off properly, AFC took an early lead through Luke Richards’ close range header.

And despite chances to extend that lead, they held on it for the remainder of the game against a young Tamworth side who battled well to the very last whistle and had chances of their own to level affairs.

With just ten days to go until the start of the Midland League Division One season, Courtney Belford’s side took on their eighth and final pre-season opponents looking to improve on a record of three wins and a draw thus far.

And in front of a crowd of 118 for their first match with fans at Kirkby Road, they did just that.

But Hinckley weren’t at their fluent best during the game, though they did keep their first clean sheet of the campaign, and often had to battle hard against a Tamworth side who had their fair share of moments.

Hinckley led early on when Tom Weale delivered a pinpoint set piece from the left and Richards rose highest to head home from eight yards.

Richards then could have netted a second but scuffed his effort from Callum Martin’s cross and Corey Samuels saved.

The visitors then pressed for an equaliser as the half wore on, Oli Bradshaw blocking a shot on the line after they cleverly worked their way to the byline, and then Sam Ball had a shot blocked in similar circumstances by Weale. Both times they wanted a penalty, and both times the referee waved their appeals away.

Hinckley made changes at the break, introducing some of their younger prospects, and started brightly with Ben Ashby seeing a shot saved by Samuels and one of those substitutes, Drew Kear, having a header held after Richards beat the offside trap down the left.

Again though, Tamworth had their moments, though for the most part Hinckley defended well on their way to a first clean sheet of the pre-season campaign and threw themselves in front of any efforts Tamworth created.

Ryan Tait saw an effort deflected wide at the far post before the impressive Morgan Cross weaved his way past a couple of AFC defenders before flashing one just past the post.

At the other end, Kear did likewise before also slicing wide of the near post but neither side truly tested the opposing goalkeeper for the rest of an open yet scrappy game from which Hinckley will take the win, and the confidence ahead of the first league match against Cadbury Athletic on 8th September.