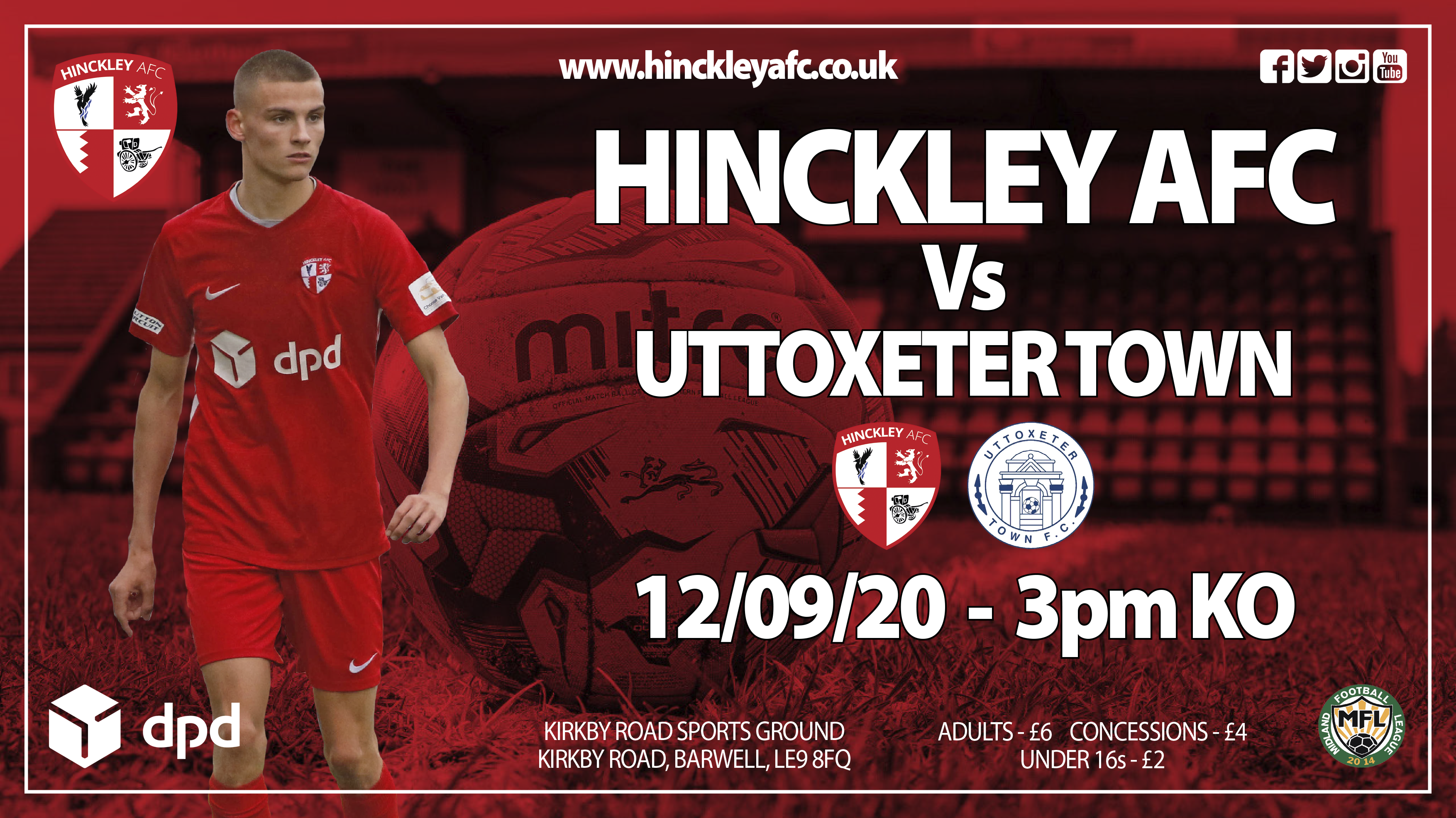 Hinckley AFC will look to build on the point picked up from their opening match when Uttoxeter Town visit Kirkby Road on Saturday, kick off 3pm.

AFC kicked off their new campaign with a 2-2 draw against Cadbury Athletic on Tuesday as the visitors grabbed a last-gasp equaliser.

And now Courtney Belford’s side will look to go one better on Saturday and pick up their first three points of the campaign against Uttoxeter.

The visitors impressed last season and were fourth when the season was cut short, but have lost both of their games in the opening week of the season.

Hinckley manager Courtney Belford expects tomorrow’s visitors to reflect the side that fought towards the top end of the division last season, admitting it’ll be a tough test for his side’s early season credentials.

Uttoxeter were beaten 2-0 by GNP Sports on Saturday before then falling at home to Stafford Town on Tuesday, meaning they’re one of three sides yet to claim a point.

But their record last season as promotion contenders means they’ll be keen to hit back straight away – also seeking their first victory of the new season on Saturday.

Tuesday’s game was watched by Hinckley’s highest crowd for a midweek league game in four years, and they saw an impressive first half from Belford’s men before the visitors hit back after half time.

And up to 300 supporters are allowed into the ground again to watch the match on Saturday. To ensure Track and Trace procedures are followed, you can either download the app evePASS and scan our code on entry, download and print our Hinckley AFC – Track and Trace form or give your details on entry.

Under 16s: £2 (FREE with a HAFC Junior membership card)