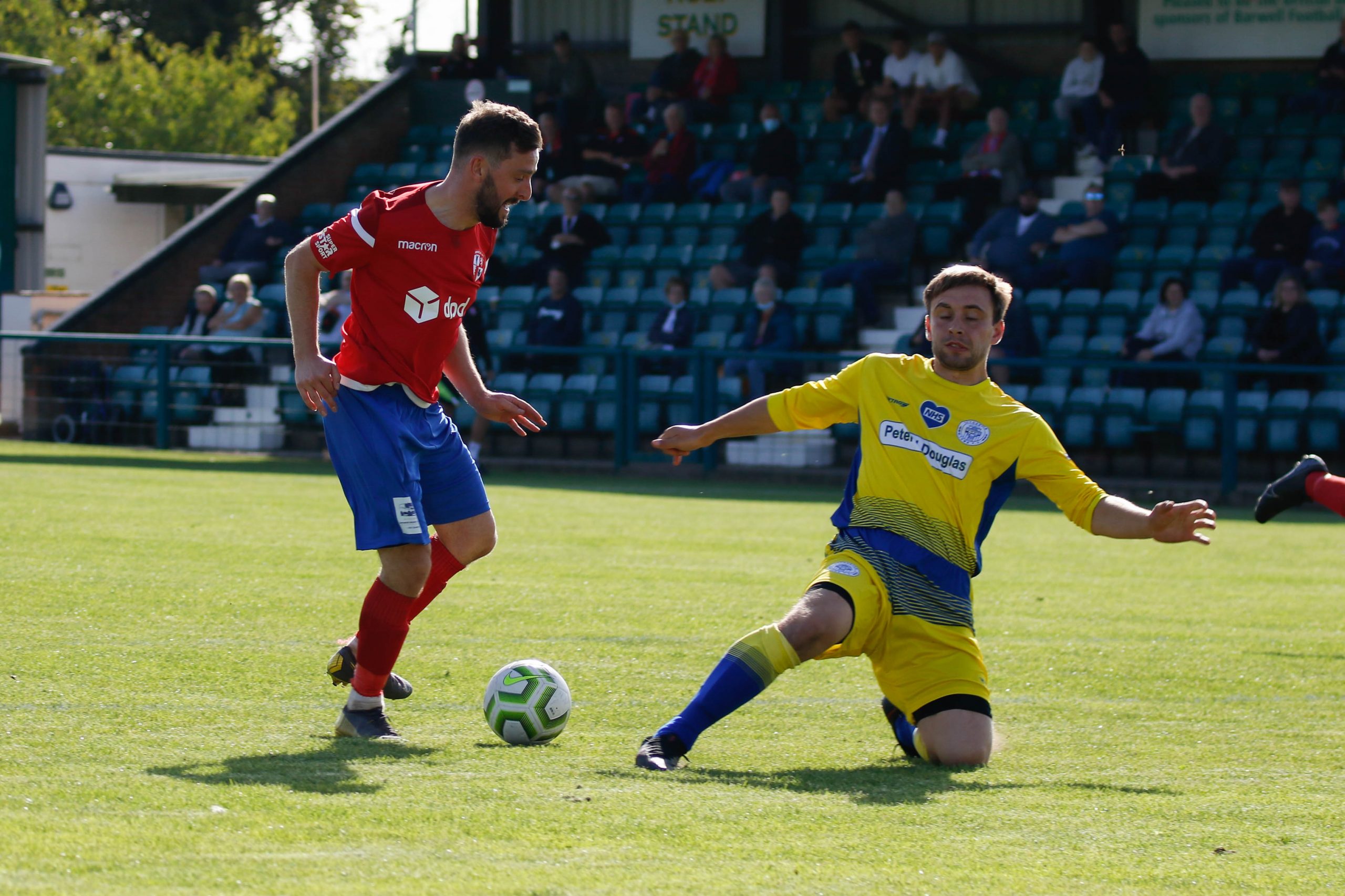 For the second time in four days, Hinckley AFC were pegged back from two goals up as Uttoxeter Town came from behind to take a 2-2 draw.

A good crowd of 221 gathered for AFC’s first weekend game of the season, and saw a well-contested game between two sides still seeking their first win of the new campaign.

As in Tuesday’s first game of the season against Cadbury Athletic, Hinckley went two goals up thanks to Chris Lloyd’s brace of penalties on debut.

But, also as on Tuesday, they let their visitors hit back as first Jake Avery and then Doug Price brought the visitors level.

Hinckley manager Courtney Belford made three changes to his side from Tuesday – Michael Townsend replaced the injured Luke Edwards while key summer signings Lloyd and Tom Weale made their debuts.

Uttoxeter, meanwhile, also had key players back from their side who lost the first two games – last season’s top scorer Avery was one of four to return.

The visitors started brightly but it was Hinckley who had the better chances – just four minutes passed when the debutants combined as Weale fed Lloyd, his effort well saved by the onrushing Jack Tolley.

Right-back Jack Derbyshire was Uttoxeter’s biggest threat through the game and he showed his credentials early on, crossing dangerously into the box where James Curley completely missed a free header on the penalty spot.

But it was the other penalty spot to get the attention four minutes later. Ben Kendrick was hauled down by Price in the box as the visitors dealt poorly with Weale’s free kick, and Lloyd stepped up to convert the penalty.

Kendrick then went close himself, Tolley tipping his header over the bar, while the ‘keeper also had to be alert to palm away Lloyd’s fierce drive at his near post.

But the visitors, rejuvenated by their returning players, were always a threat and Derbyshire was involved again in their best move of the half, which ended with him striking onto the bar from the edge of the box.

Billy Spink then saved from Avery as Hinckley took their lead into the interval.

AFC were already two goals to the good by the break on Tuesday, and it didn’t take them much longer to get the second in this one. Callum Martin’s good run fed Lloyd through on goal, he was upended by Jack Hassall and coolly dusted himself down to slot home his second of the day.

With Tuesday’s second half still on the mind, Hinckley needed a third to put the game to bed and they should have had it – Lloyd rounding the last man and with Luke Richards waiting for a tap in, Lloyd went alone and the recovering Tolley made a fine save.

And on the hour, Uttoxeter had their lifeline. Derbyshire was heavily involved again with a mazy run down the right, Curley flicked goalbound and Avery slid in on the line.

They thought they’d levelled two minutes later but Spink made a fine save to tip Curley’s header onto the bar, and the rebound was put in but was offside.

By now, Uttoxeter were firmly on the front foot and Kyle Esplin went close twice, a cross that drifted inches wide before he forced Spink to palm wide after Hinckley were caught in possession.

From that resulting corner, Price glanced home a simple header and the scores were level again.

Hinckley now started to play again but Drew Kear firing just over was as close as they came.

And the visitors looked more likely to take all three points late on, Esplin crowded out on the edge before Martin cleared off the line from another corner.

All in all, it was another frustrating afternoon for Hinckley but they remain unbeaten ahead of Monday’s trip to Chelmsley Town.