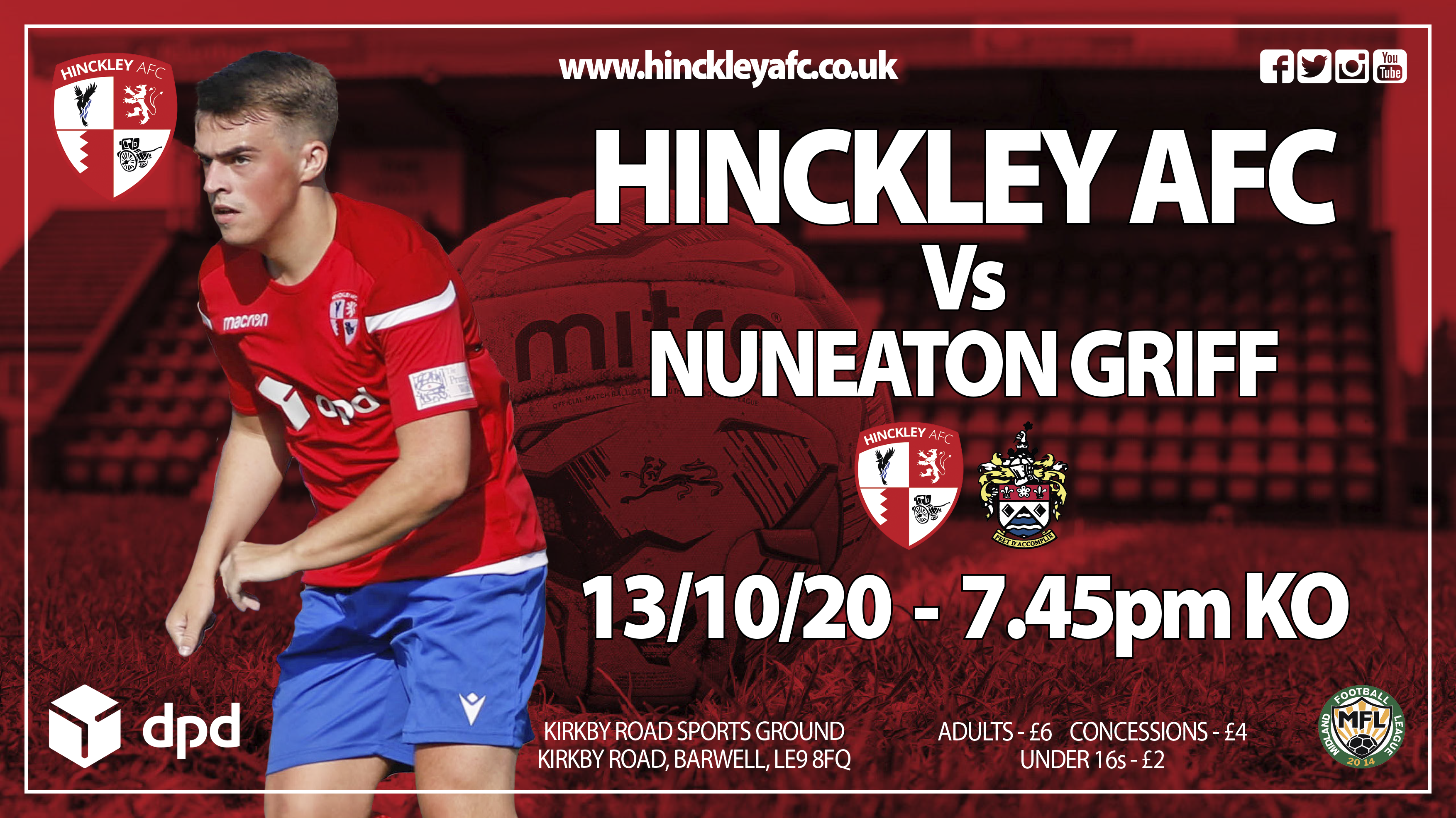 Hinckley AFC go in search of a fourth straight win on Tuesday evening in their first local derby of the season when Nuneaton Griff visit Kirkby Road.

And manager Courtney Belford admits it’s a game he’s looking forward to on a personal level as he welcomes his former side to his current side’s new home.

Having spent more than a year with Griff, they’re a club Belford has great respect for but wants to put a dent in their good start to the season tomorrow.

He said: “We’ve watched them three of four times this season and they’re a side who give absolutely everything. They replicate their managers who are hard working people and it’s nice to see them doing well towards the top end of the league this year.

“They work incredibly well, they all know each other’s strengths and they can put us under pressure so it’s down to us to match that work rate and endeavour.

“Going into another weekend without a match, it’s massively important to get another three points.”

It’s fifth against seventh in the Division One table and both sides have the potential to move into the league’s top three with a win, with both level on points going into the game.

Both sides have won four and drawn two of their matches, Griff have lost one more having played one game more, with AFC higher by virtue of a better goal difference.

Griff have scored 12 goals, the fewest of any side in the top half, with six of them coming in one match against Stafford Town last week, but they have a solid defensive record with only four sides conceding fewer goals than them.

In that run they’ve kept five clean sheets and all four of their wins have come without conceding a goal.

Up to 300 supporters are allowed again to watch the game – but we urge anyone showing symptoms of Covid-19 to remain at home to recover.