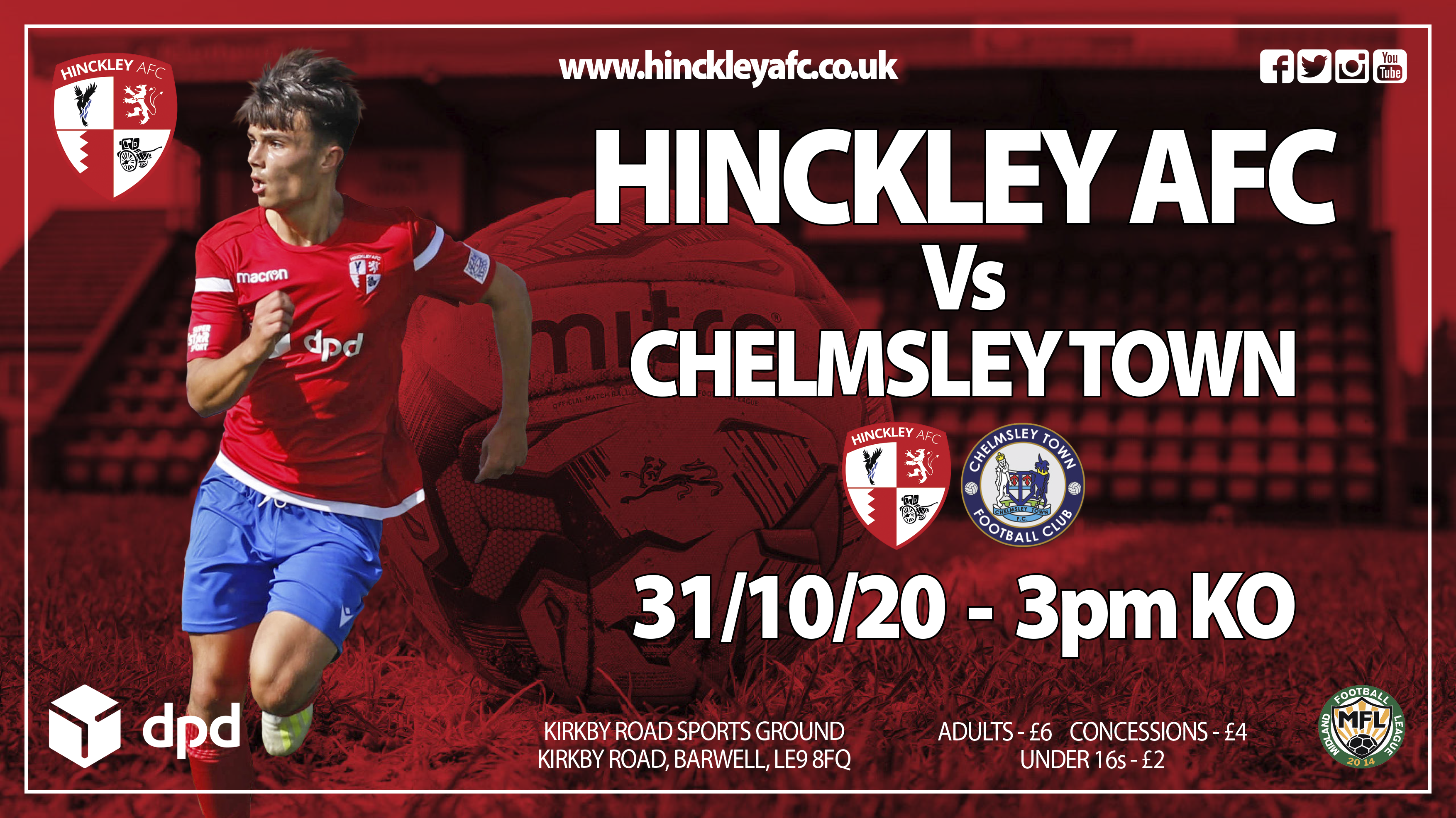 Hinckley last took to the pitch last Tuesday when Tom Weale’s late penalty earned a dramatic win over Rocester after playing all of the second half with ten men.

Now, Chelmsley make the trip to Kirkby Road and Hinckley boss Courtney Belford knows what to expect from the visitors. He said: “They’re always a good hardworking side with a couple of little gems who can go on and play higher.

“We played well there in the second half when we beat them last month so now it’s down to us to try and replicate that performance over 90 minutes.

“We’ve got to work hard and match them for commitment. Every team in this league is hard to beat so it’s down to us to get around that and create chances.”

You’ll be able to read more from the manager in tomorrow’s matchday programme.

Chelmsley are looking for a second straight win themselves after also beating Rocester in their last game. Sam Aldhouse, who featured briefly for AFC at the start of last season, scored for them in that one as did their leading marksman Jordan Wade, who has eight already this term.

They also haven’t lost in three away games, beating Nuneaton Griff and GNP Sports before picking up a point at Stafford Town.

With five more wins since then, all coming in a row, it’s become congested at the top with five sides separated by just two points behind early pace setters Lichfield City.