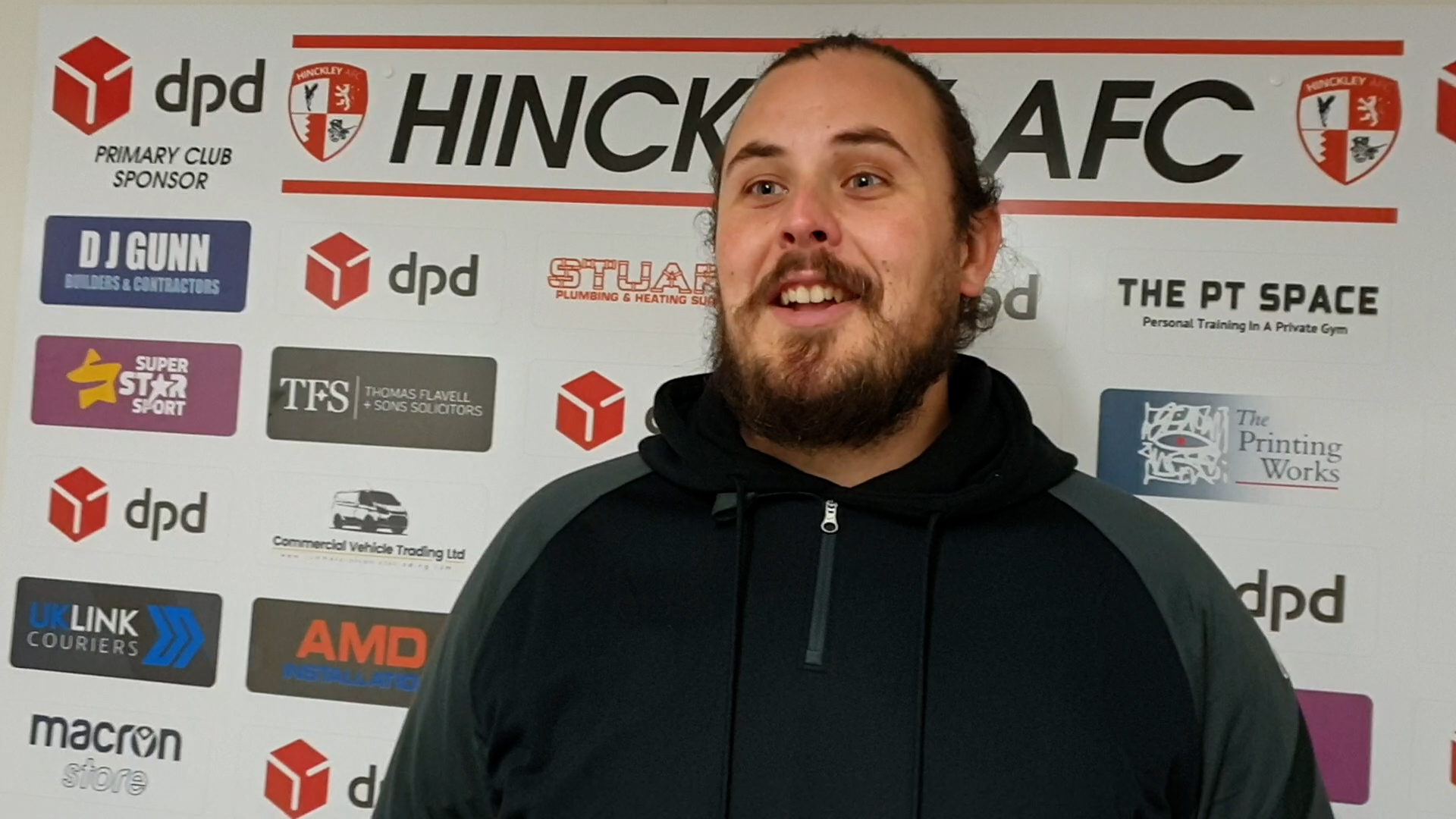 AFC were three goals to the good before a late Chelmsley fightback made AFC work hard late on for all three points.

“One thing I can’t question is character. That’s two games we’ve had ten men and still come through to win the game.

“But we’ve got to win games better because we’ll come unstuck at some point. They chucked everything at us and made it difficult, but we’ve got to knock the stuffing out of sides and hit four or five when we’re in positions like that.

“But to win six games on the bounce at any level is a big thing.”

In particular, he feels the last few weeks has shown the strength in depth of his squad with players such as Ben Ashby, (unavailable) Mark Williams and Oli Bradshaw all missing from Saturday’s matchday squad.

He says every player will have matches suited to them, but he needed more attacking options on the pitch against Chelmsley with Williams and Bradshaw left out despite impressing this campaign.

“We’ve used loads of different shapes this year. Jack Edwards was the best player on the pitch at Rocester but started on the bench today. We’ve always said to the lads that there will be games for everyone. We approach every game with a team in mind against that side.

“Today we wanted a few more attacking players on the pitch, that was why Dan (Hoskins) played and we used the option to go with the two wide men. We also have a big pitch here so have to use that to our advantage.

“Ben Kendrick came out of the team as we felt it would be a game for Ky Green today. They had a couple of big strikers and felt Ky was a better option to deal with that.

“We’ve got those options to be able to change things up. It’s difficult for Brad (Bradshaw) but there will always be a time where someone will get left out of the squad for a game even when they’ve played well the game before.

“We’re in the position where I think a squad of 18-20 gets promoted and that’s what we need. Last season we were short on numbers. Squads win this league and that’s what we’ve got to have. It’s a collective effort.”

One player who hasn’t rotated too much is midfielder Reece Giles, who scored his first ever senior goal in the win.

And Belford praised last season’s Players’ Player of the Year for the ability and work ethic of the club’s youth team product.

“For a kid of 17 to be able to do what he does is fantastic. I don’t think there’s any other lad at his age who can do what he can.

“We’ve played him at right back, wing back, he can play up front – he can play anywhere. He just has that ability to affect a game.

“Today having played a full 90 he’s still ratting round in the last few minutes of the game where you’ve been stuck in your own half but he’s still got that desire to go and win the ball higher up.

“It was a scruffy goal but I’ll take it – he’s a great kid, a really nice lad, wants to learn, he listens to all the experienced lads. I’m glad he’s got some plaudits because he’s been brilliant.”