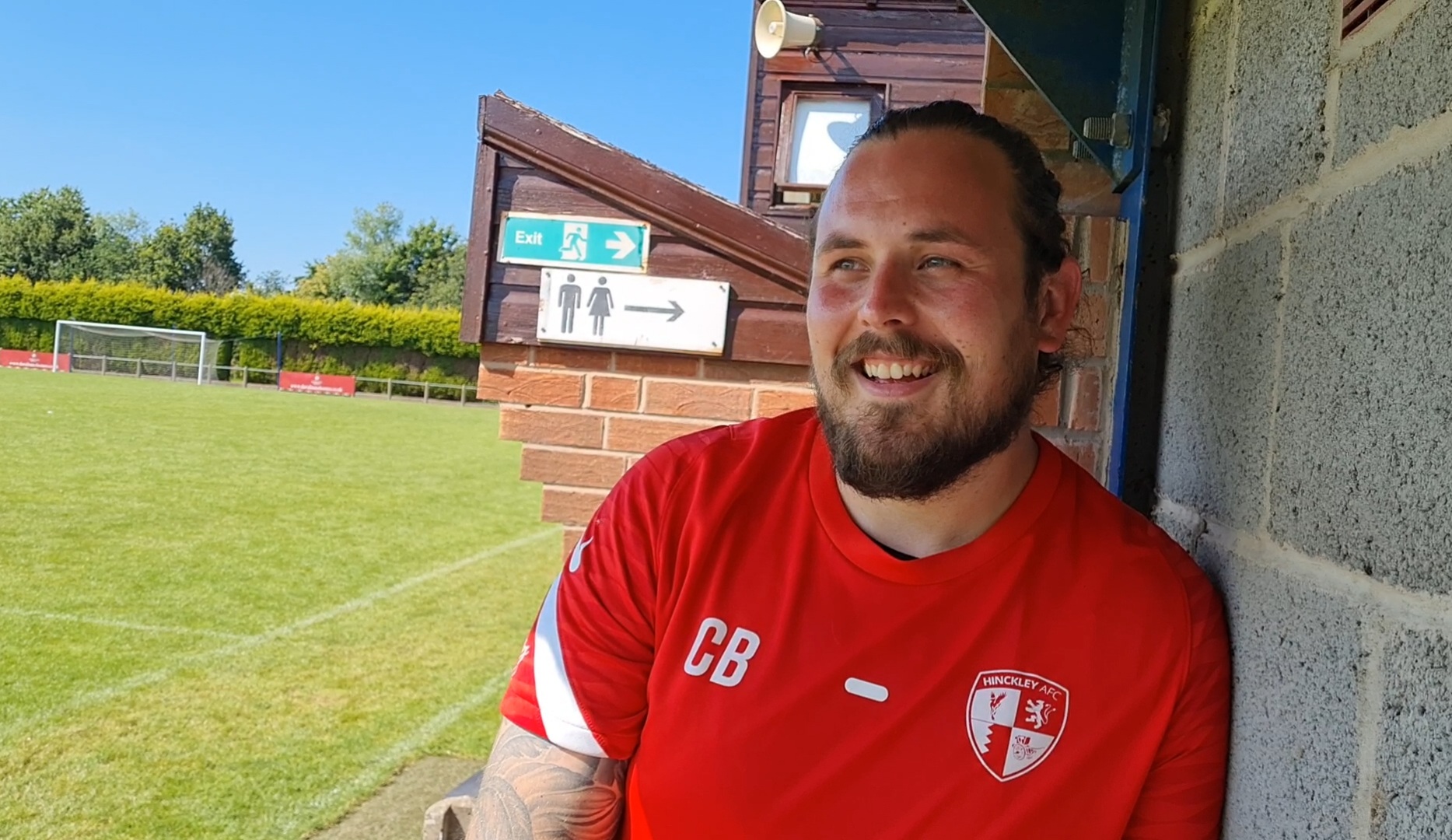 Now three matches into their schedule of friendlies, Belford says they’re getting closer to where they need to be.

He labelled Heather game against as a “benchmark” having experimented in the first two matches. But with the weather hot, he mostly judged the performance on the first half.

“I thought we were very good. They were always going to have a lot of the ball so on a hot day we were content to sit and hit them on the counter.

“I drove home to the lads that this is an important game for us. It means a lot to the club and to myself. Doing the bike ride and speaking to everyone about Simon and Ray, it’s a special day to remember two great people.

“To keep hold of the trophy is important. Having a moment with the fans to all be together and share the moment is fantastic.”

He also took part in the #Hinckley2Heather charity bike ride to St John’s Park. He said it was a fantastic occasion to be involved in – but was extremely tough given the heat.

“I think #PrayForBelford was trending earlier on! My face is a bit burned and body is a bit sore but winning a game of football changes everything!

“That winning feeling, a friendly or league game, is unbeatable. I’ll take a nice cold bath and a win any time!”

Despite a good win, there was concern for AFC. Goalkeeper Matt Hill was forced off at half time with an injury that meant Tom Weale went between the sticks after the break. Belford was full of praise for the man who grabbed the second goal.

“Tom made a couple of great saves in goal. Matt went off with an injury and Tom was first to put his hand up. That’s the type of lad he is.

“Matt took a bit of a dead leg and his knee was a bit swollen. We’ll be careful with him as he’s not one to go down easily.

“He’s put a lot of work in and he’s really been improving, but these things happen. If we’ve got to get another goalkeeper then it is what it is.”