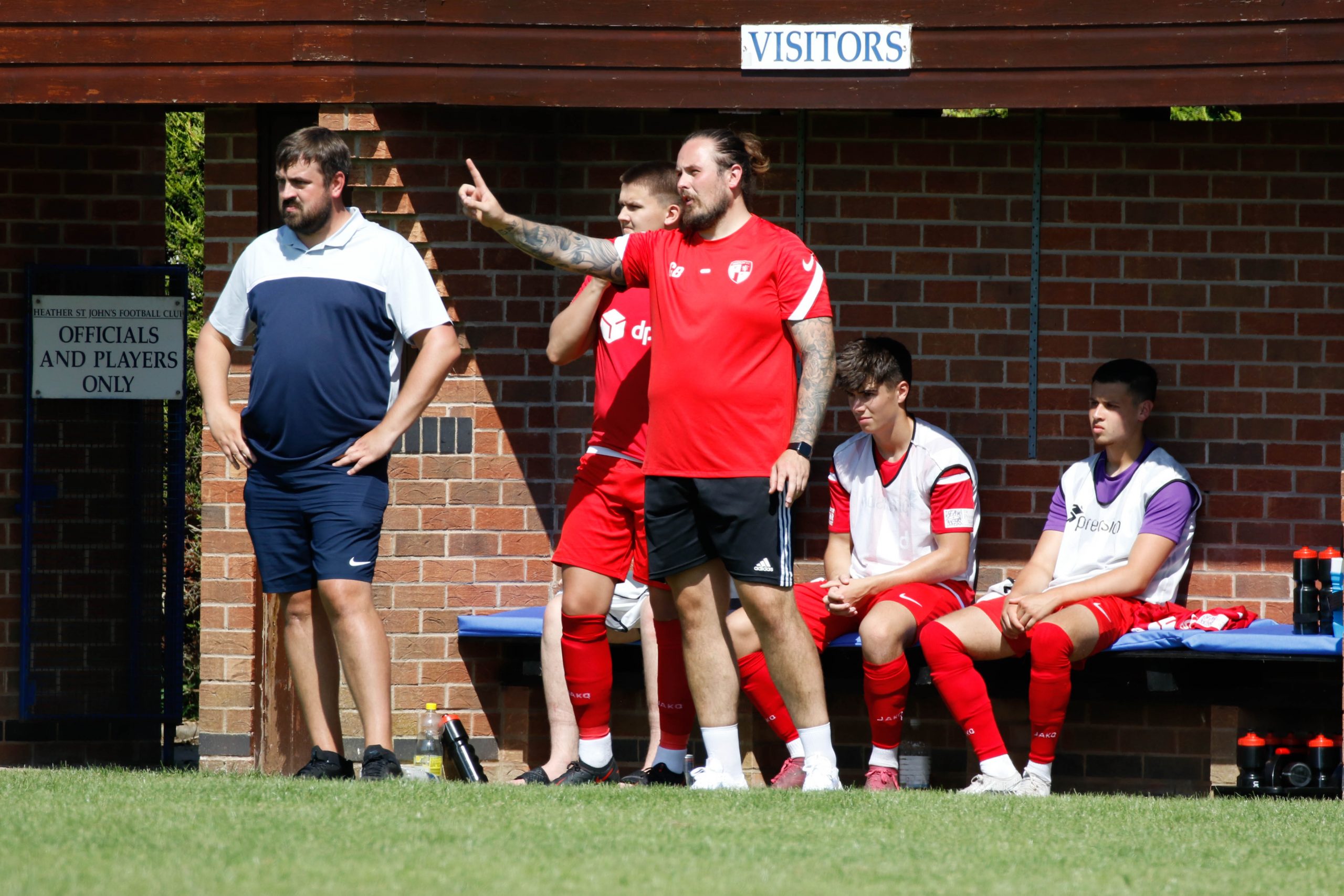 Tuesday will be 280 days since Hinckley AFC last played a competitive match – and manager Courtney Belford can’t wait to get back out there.

AFC will visit Saffron Dynamo in their first match in the United Counties League on Tuesday, after being transferred from the Midland League over the summer.

Nine long months have passed since the last match – a 1-1 draw against GNP Sports on 3rd November.

And after an unbeaten pre-season campaign which saw three wins over higher level sides, Belford is excited by the prospect of having points to play for again. He said: “It’s been a long time since November!

“To get your head around that is crazy really, how long it’s been. Having fans in for pre-season has helped make it feel more realistic.

“We’re really looking forward to it. We’ve got two sessions ahead of that game which will be hard work but it puts us in good stead for the first game of the season.”

Belford watched his side notch up four wins and two draws from their six-match pre-season campaign. It culminated in a 2-2 draw with Chelmsley Town on Monday.

He says he’s pleased with where his side are at ahead of the new campaign – but admits there are still things to work on.

“The lads have been fantastic. We’ve dragged them everywhere, we’ve had a lot of travelling for away games but we can’t fault their work rate.

“You don’t get anything for pre-season but to get into good habits of not losing games is massively important.

“But the pleasing thing is how all the lads have bonded. The team spirit is fantastic, I never want anyone around me that I don’t want to work with. Togetherness is really important and we enjoy coming to football.”

AFC get their season underway at Saffron Dynamo’s King Park next Tuesday, before their first home match is against Gedling Miners Welfare the following Saturday.

Those two sides play each other this weekend and Belford says it’s good to be able to kill two birds with one stone.

“There are four of us going to watch games on Saturday so we’ll be watching as many teams as we can.

“We’ve got to watch these teams. It’s brand new for everybody and it’s down to us to implement our gameplan and work around that.”