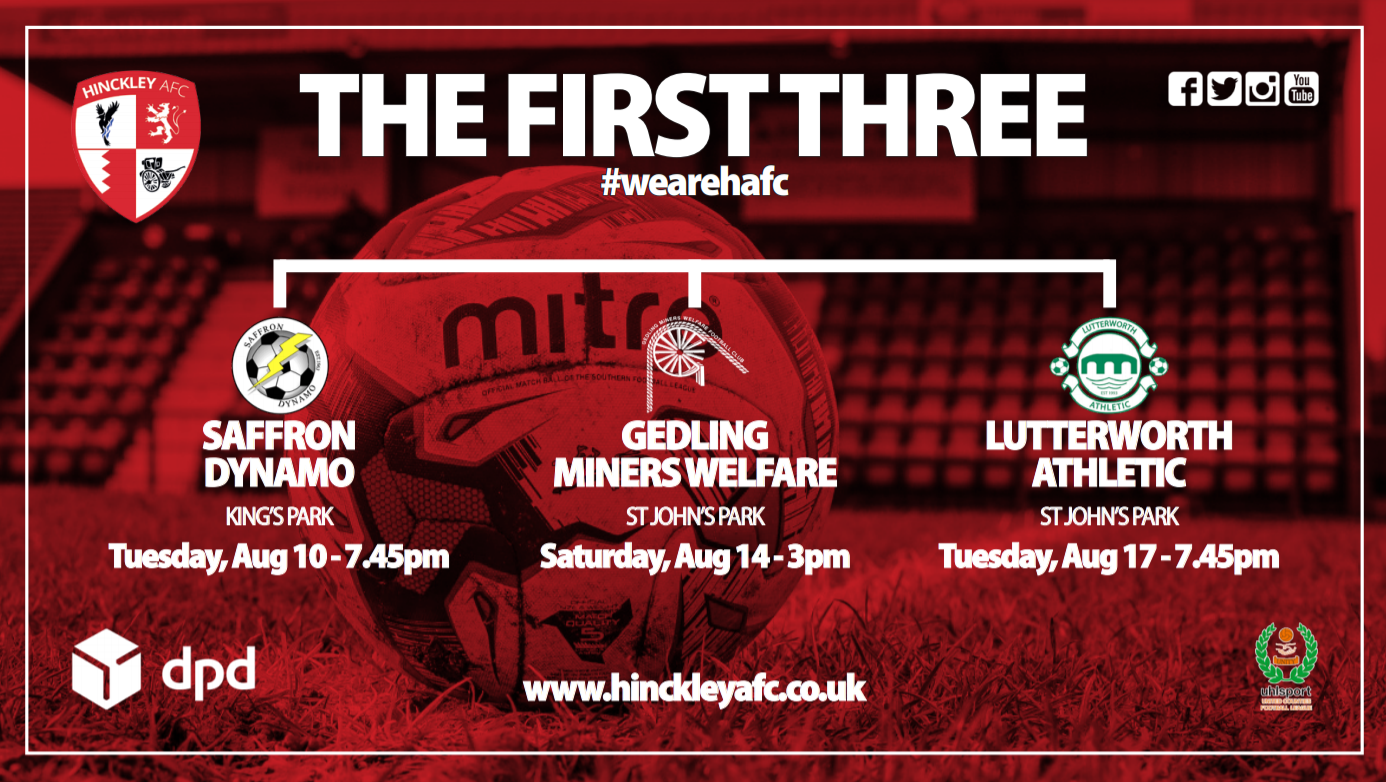 280 days is a long time in anyone’s book. For Hinckley AFC fans, that’s how long they’ve had to wait to watch their team in competitive action.

But finally, after more than nine months, AFC return to league activity this Tuesday and they’ve got a county derby to kick things off.

It’s a new era in a new league for AFC but manager Courtney Belford said it was an obvious decision to move leagues.

He said: “It’s something that the club wanted to pursue if it was possible, and credit to everyone who’s worked hard to get that done.

“For the fans it’s important to have more local derbies. From a personal level, going into a league with a lot of West Midlands teams, the travelling was a bit extreme for us as the only Leicestershire club.

“It will be a tough league with a lot of good sides but it’s exciting to get away from the bubble of the same teams we’ve faced over the last few years.

“For myself and the staff, it whets our appetite even more.”

Dynamo were eighth in Division One when it was curtailed last season, winning three of their first four games, but then just two of their last eight. They only failed to score twice in the league last term.

But they fell to an opening day defeat against Gedling Miners Welfare on Saturday – Gedling being Hinckley’s next opponents this weekend.