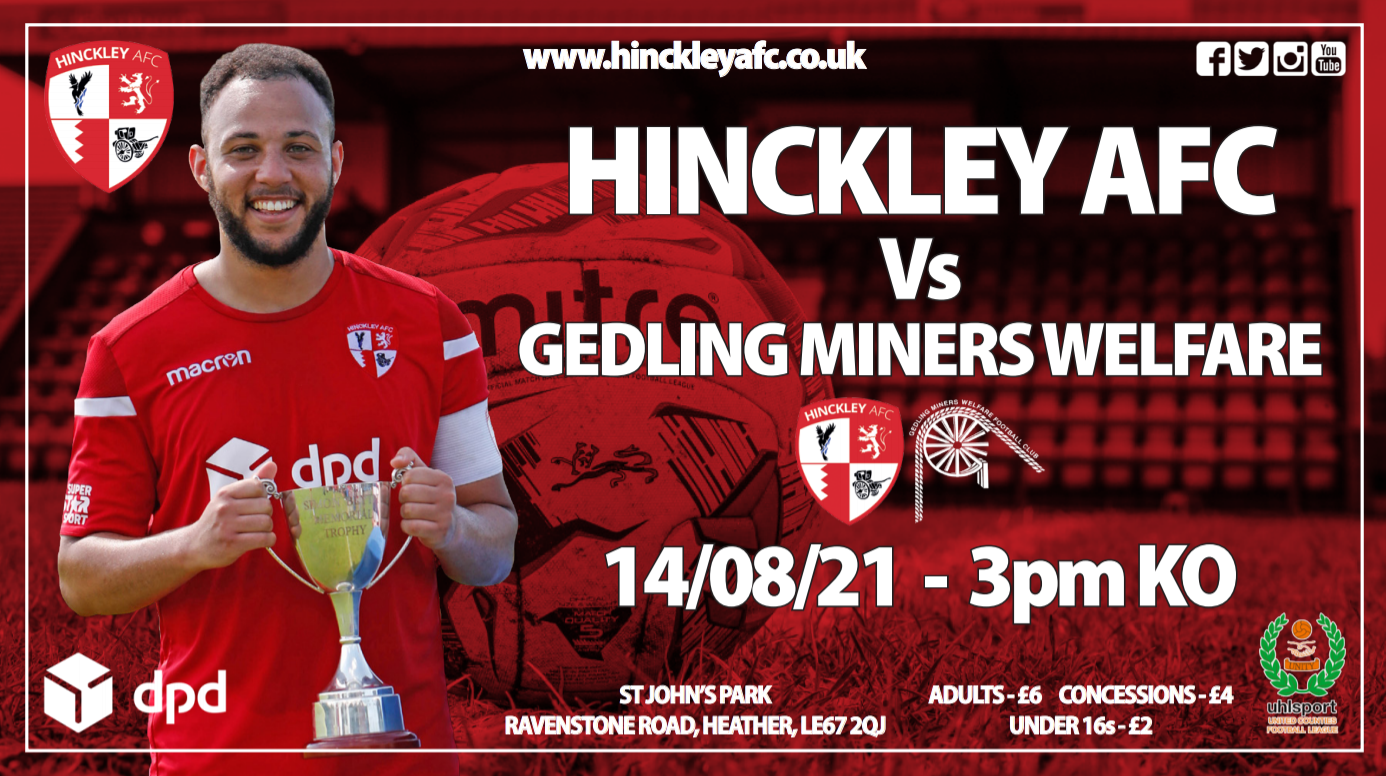 AFC got the new campaign underway on Tuesday evening with a dramatic draw at Saffron Dynamo. A late equaliser meaning Hinckley only took a point when it looked like being all three.

This weekend it’s back on home soil for back-to-back home games, albeit a temporary home at Heather. AFC will play there while an artificial pitch is installed at Kirkby Road.

Gedling make the journey from Nottinghamshire this weekend with a win and a draw from their opening pair of matches. They beat Saffron last Saturday courtesy of a Courtney Hastings hat-trick, before losing to Kimberley Miners Welfare in midweek.

Their third away game on the spin sees a visit to Hinckley and ex-AFC man Kieran Harrison is a part of their squad. Harrison wore red and blue in 2018 during James Jepson’s reign at the club.

Gedling were 14th in the East Midlands Counties League when it was curtailed last season, albeit having played fewer games than the sides around them.

Hinckley, meanwhile, are looking to extend their unbeaten run to nine, with seven without defeat ending last term before the draw with Saffron.

Kick off at St John’s Park is at 3pm.