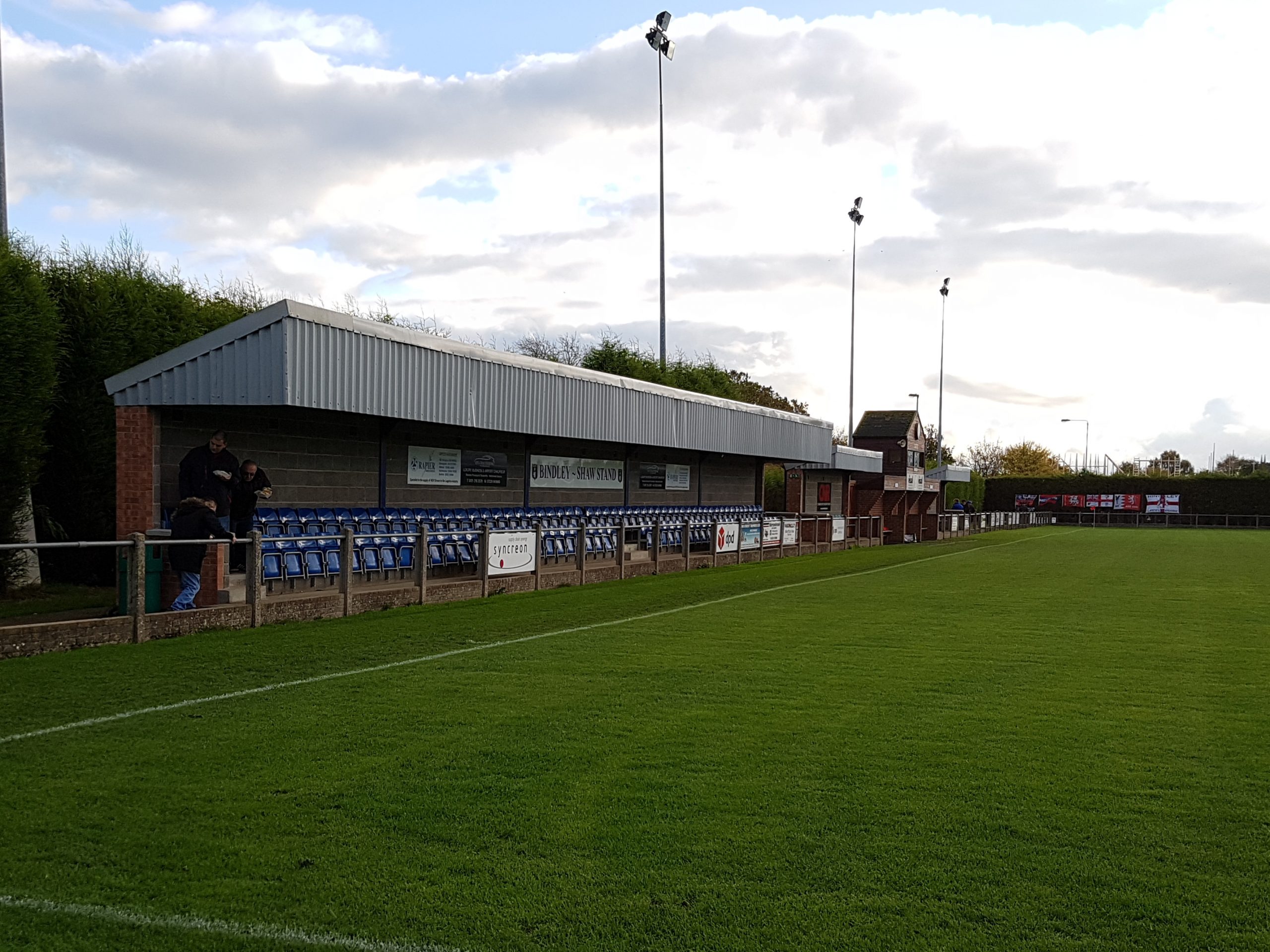 Hinckley AFC marked their temporary return to Heather with a stunning win to claim their first United Counties League victory in some style.

The 6-0 win was Hinckley biggest since April 2018, and the first time they’ve scored six under Courtney Belford’s management.

They were quick and clinical in the final third, especially in the first half. They went four up by half time and effectively sealed the points against the shell-shocked visitors.

With the back drop of a local music festival, AFC were quickly in the groove and went ahead after six minutes. Isa Abraham served notice of what was to follow as his pace and trickery caused problems on the left flank before he pulled the ball back for Jack Edwards to produce a crisp, accurate finish from 20 yards.

In a lively opening to the match, Gedling responded well but spurned two glorious chance to get back into the game. First, Oliver Papworth got in between Brandon Hallmark and Matt Hill, but the keeper forced him wide and the chance was gone. Moments later, a stunning individual run from Niall Hylton cut in from the right flank set up Paulo Piliero who, when well placed, shot tamely straight at Hill.

And the visitors were left to rue those chances as Hinckley took control. Midway through the half, Lewis Rankin skimmed the top of the bar after a well worked corner routine with Dan Hoskins before they doubled their lead, Tom Weale volleying home Rankin’s corner for his second in as many games.

Hinckley had their tails up now. Despite the incessant rain, the St John’s Park pitch was in superb condition. AFC zipped the ball around with pace and purpose and went further in front ten minutes before the break. Abraham again led the visiting defence a merry dance as he got to the left hand byline before whipping a ball across the goal that was neatly turned home by Rankin.

The home side continued on the offensive and extended their lead with a well worked goal. A neat exchange of passes on the edge of the area opened up the Gedling defence and left Lewis Padmore to apply a composed finish that saw Hinckley take a four goal lead into the break.

The visitors looked a more determined side after the interval without ever troubling Hill in the home goal and it was Hinckley who scored again on the hour. Rankin’s 25 yard free kick was blocked by the wall, but the rebound fell to the skipper who enjoyed a little good fortune as his second effort took a wicked deflection to totally wrong foot Matt Simpson in the visiting goal.

Soon after, Weale rattled the cross bar with a thunderous 30 yard free kick and that proved to be his final act as he left the stage to be replaced by Ryan Murphy.

And it was the substitute who completed the scoring late on, glancing home a Hoskins corner to complete a wonderful afternoon for Hinckley.

With a first win on the board, AFC will now hope to follow that up with another home game against Lutterworth Athletic on Tuesday.