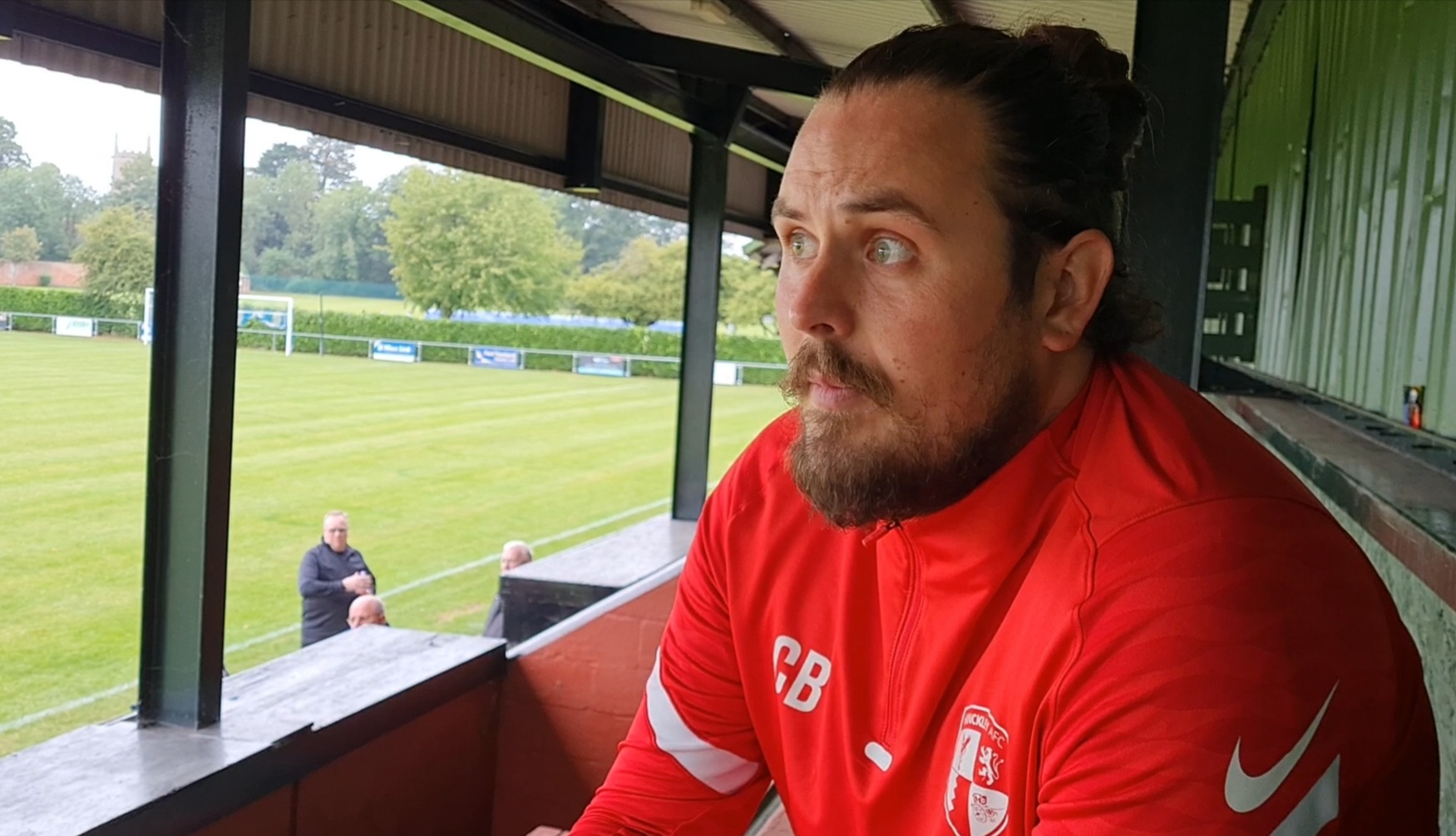 Manager Courtney Belford praised his side’s free-flowing first half display that set up the 4-1 win at Bourne Town on Saturday.

AFC were on top from the first minute at Abbey Lawn and were 2-0 ahead by half time courtesy of Tyson Knight and Lewis Rankin.

A slow start to the second half allowed Bourne back in it, but Rankin and Kai Gibbs put the game to bed late on.

Belford was missing seven players from his squad through injury or isolation, and drilled home to his players that it was just about getting a result. The performance left him even more delighted.

He said: “I thought we were excellent in the first half, on a good pitch that suits us down to the ground.

“We were poor for the first ten minutes of the second half and that allowed them back into the game, and it became scrappy for half an hour. But we kicked on again in the last 15 minutes and felt we deserved the win.

He praised the midfield trio of Tyson Knight, Dan Hoskins and Jack Edwards but said the defensive line has impressed him most at the start of the new season.

AFC have conceded just two goals in four matches – and one of them was a stoppage time equaliser when they were down to nine men.

Belford said a clean sheet was the only thing missing from the display at Bourne.

“The full backs have changed a little bit through injuries but the two centre halves have stayed the same.

“We want to build partnerships at the back, so Matt (Hill) can get used to playing with the two in front of him. Ben Whitehead has come back a man from last season, he’s only 19 but has been superb. Brandon (Hallmark) has settled in brilliantly, he’s a great character.

“Ryan (Conneely) has worked on our defensive shape a lot and we’ve looked very good so far. We’re becoming hard to beat, but we’ve got to get better at taking the game to people.”

An impressive crowd of 203 watched the game at Abbey Lawn, including a good contingent who had made the furthest trip of the season from Hinckley.

It made for an good atmosphere inside the nice setup at Bourne, and Belford said that family feel is part of his ambition for the club.

“When I first came into the club, I said to the Board I wanted to create a family feel again. That atmosphere is starting to build again. It has to come from us getting good results but to have them here driving us on is tremendous.

“We’ve got to do it for ourselves, but most importantly achieve something for the fans.”