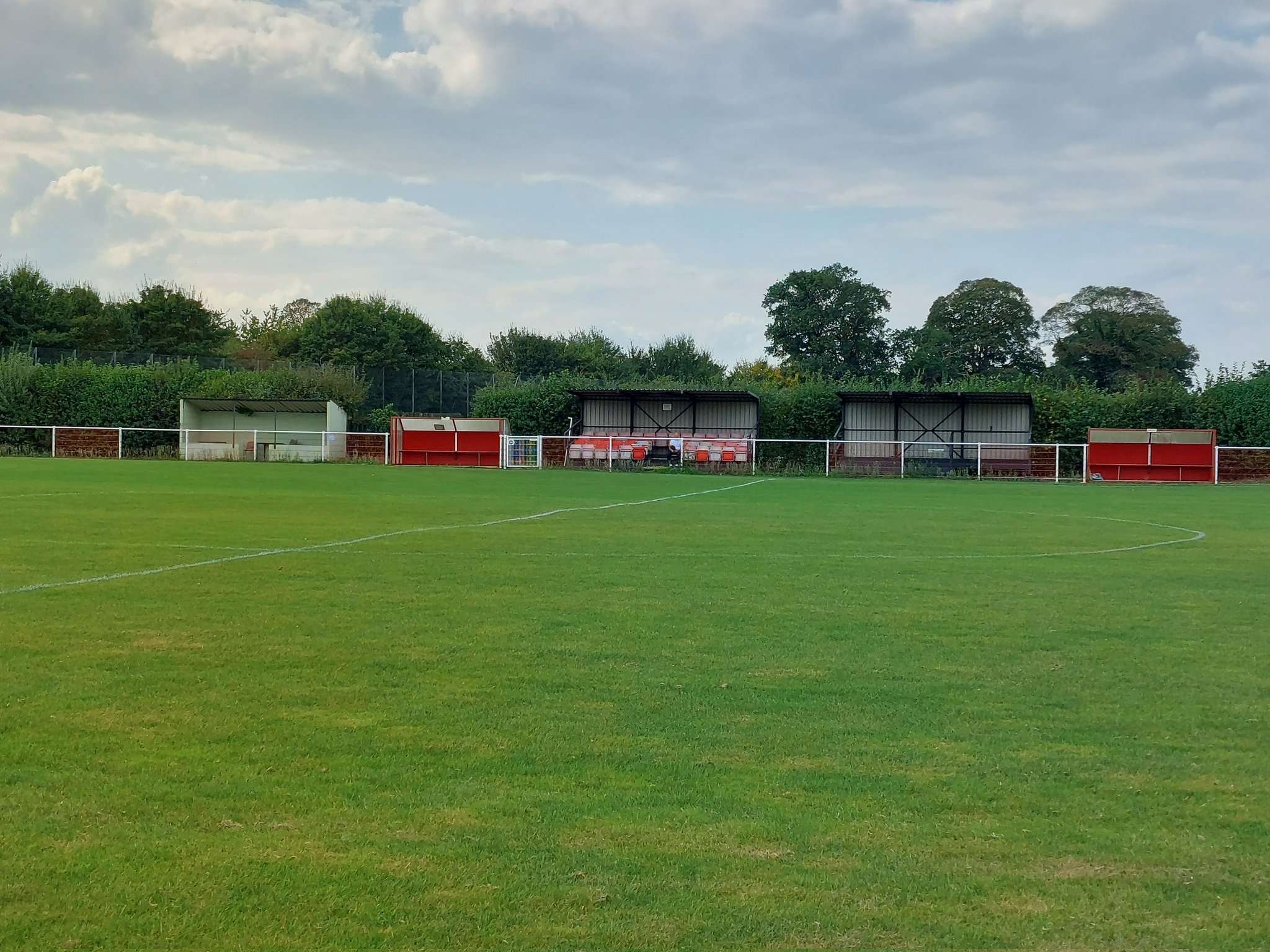 AFC put their fans through the emotional wringer on an eventful afternoon at Riverside Park.

The joy of going two up early on quickly turned to despair as three home goals in a fifteen minute spell at the end of the first half turned the game on its head.

That despair continued until deep into added time when Weale completed his hat trick to the delight of the travelling support as they let out a huge sigh of relief.

Jacob Sturgess made his reappearance at the heart of defence and assumed the captain’s armband in Lewis Rankin’s continued absence, but the early play focussed on the other end of the field as Hinckley took control. They went ahead inside five minutes, Nick Brandish’s free kick was knocked back by Ryan Slinn into the path of Weale, who unleashed an unstoppable volley.

Home keeper Tobias Randall twice denied Weale in quick succession before AFC added a second midway through the half. Charlie Evans was at the heart of it, picking up the ball in his own half he ran towards the home goal before slipping a sublime pass to Weale who calmly took the ball around the keeper before slotting home.

It was nearly 3-0 shortly after, this time Weale released Evans with a pass that saw him bear down on goal but Randall blocked well with his legs.

Hinckley were left to rue that miss that could have killed the game as Barrow got themselves back in it moments later, a clinical finish from Jordan Holmes on the left hand edge of the area.

That goal changed the nature of the game completely as Barrow sensed an opportunity and Hinckley’s defence looked vulnerable under pressure. Matt Hill made a smart save from Tom Mangan but the Barrow striker wouldn’t be denied again. He equalised five minutes before the break, finishing off a well worked move down their right flank.

Hinckley were rocking and needed half time but it didn’t arrive soon enough for them. They conceded a needless corner which was headed home by Daniel Chapman to complete a remarkable turnaround with the final act of the half.

A frantic first half gave way to a much more cautious game after the break. Barrow managed the game effectively and chances became scarce at both ends, though both sides struck the woodwork. Hinckley’s attack, so potent in the opening half hour, couldn’t make an impression on the home defence and the game appeared to be drifting away from them.

But deep into time added on, there was a final twist. AFC forced a corner, ‘keeper Matt Hill came up to add some presence and he was involved in recycling the corner for Weale who was in the right place to tuck home the equaliser and complete his hat trick.

So, a point apiece at the end, leaving both sides with a sense of disappointment at what might have been.