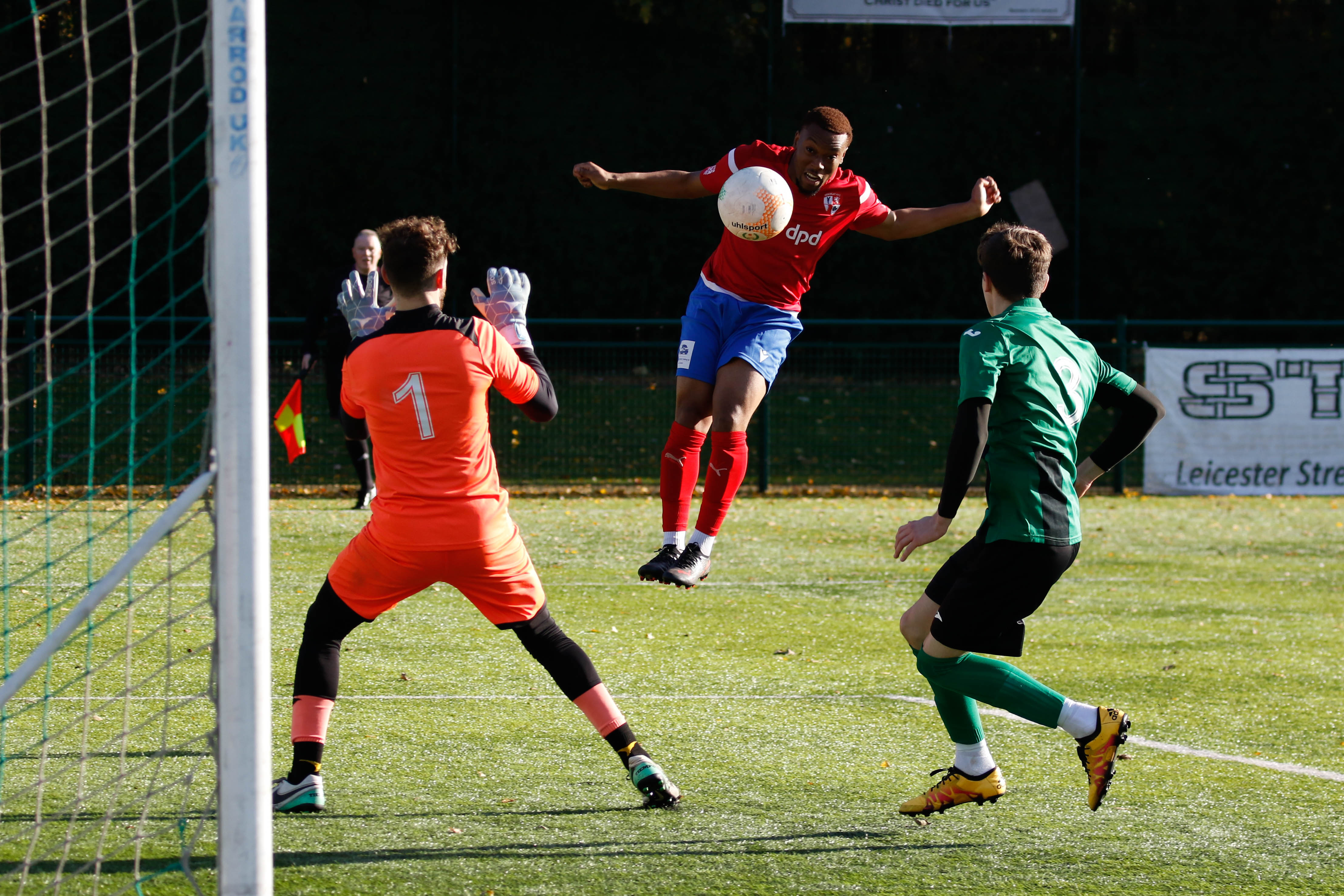 Hinckley AFC hit their biggest league win in more than three years with an 8-0 victory over Blackstones.

Hinckley’s remarkable sequence continued as four goals in each half gave them another comprehensive victory to make it six wins on the bounce.

Those six games have yielded 28 goals and once again they were shared around. Meanwhile, at the other end, Matt Hill and his defence emphasised the team ethic as they kept their third straight clean sheet.

This was Hinckley’s first home game on an artificial surface, albeit at the unfamiliar surroundings of Bedworth’s Oval. But if this was a glimpse of what to expect when they return to Kirkby Road in ten days time, then the fans are in for a treat.

AFC passed the ball well throughout creating a host of chances, and though tougher games undoubtedly lie ahead, Courtney Belford’s young side are growing in confidence and appear well equipped to confront those challenges.

They quickly got in their stride and went in front inside five minutes. A neat move along the left ended when Chris Camwell’s deep cross was headed home on the far post by Jeremie Agholor.

The second came midway through the half. Again the source was down the left flank as Mikkel Hirst made an overlapping run and delivered an inviting cross that Isa Abraham converted.

Camwell appeared to be having a personal battle with visiting keeper Jordan Packi who twice denied him at full stretch, but the former Coventry United man wasn’t to be denied. He opened his Hinckley goal scoring account by curling home a fine free kick from the edge of the area.

On the stroke of half time, Camwell turned provider – his right wing corner headed home by Tom Weale – and four goals clear, Hinckley effectively had the game won by the interval.

But despite having the points in the bag, AFC weren’t done yet. They made it five early in the second half, an indirect free kick from the talismanic Weale took a nick off a defender on its way to the back of the net.

Then Charlie Evans was gifted a goal, presented with a vacant net after defender and keeper weren’t on the same wavelength on the edge of their own area.

Evans then completed the scoring late on, a great finish low into the net from the edge of the area that was every bit as clinical as Hinckley had been throughout the game.