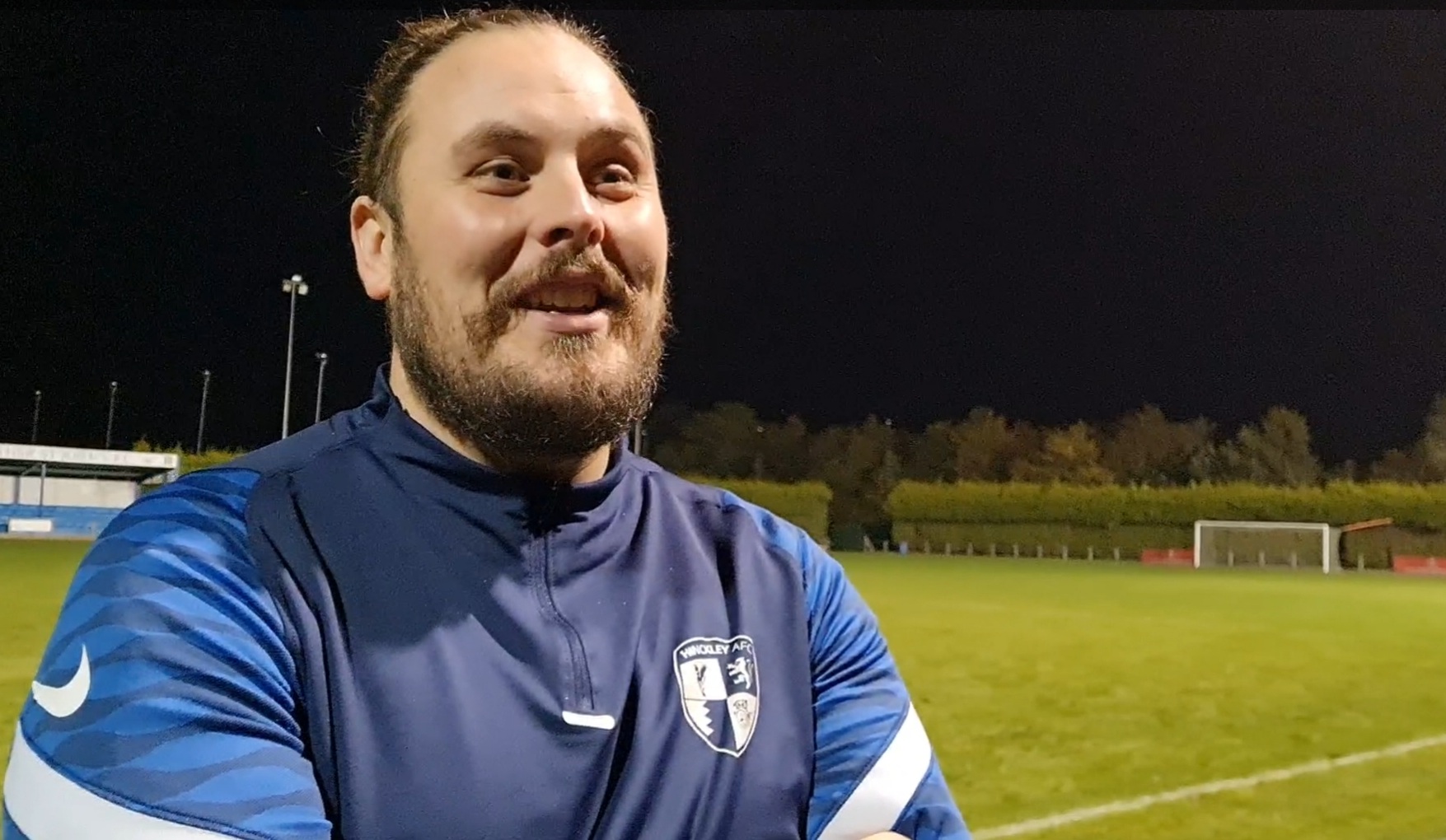 Hinckley AFC manager Courtney Belford said his side have to learn from individual errors that cost his team in a 3-1 defeat at Radford.

Hinckley lost for the first time in ten games at Selhurst Street as a goal around 15 minutes into each half set Radford on their way.

But Hinckley were frustrated with the way they conceded those goals, before the last came when they were throwing men forward in search of an equaliser.

And Belford said his side can’t afford to be caught out against sides as in-form as Radford. He said: “We’ve made three mistakes and they’ve scored three goals.

“But when we’ve made so many changes, all enforced, from Tuesday and we’ve got lads playing out of position then we can’t ask any more from the lads. They’ve given everything but individual errors against good sides at this level will cost you. Especially at poor times – one early in the game and one early in the second half.

“We needed to stay in the game and try to nick something. If we kept it at 1-0, they looked to be tiring at the end and we had them on the ropes when we scored but they’ve got lots of desire and saw the game out.

“There were two good sides having a go and we came up short.”

Hinckley struggled to play their football as much as they had done in previous weeks as Radford won a lot of the midfield battle.

And Belford says missing Tom Weale and Tyson Knight, along with the bumpy pitch, contributed to not asserting their authority on the game.

But he also praised the Pheasants who have now won eight in a row and move above Hinckley in the table.

“We understand that we’ll have to have two ways of playing. We’ve got a lovely 3G at home which enables us to play comfortably. There’s a big sticky pitch there (at Radford) where it comes up at your ankles and shin pads.

“We’ve got to be braver in terms of playing but with a couple more players we could potentially win the battle in there and turn the ball over higher up.

“That’s not to take anything away from Radford. They were good, and we’ve got to learn from our mistakes.

“We’ve been fantastic over the last nine games to get up the table. But we’ve lost one game, there’s still 24 more to play and we move on.”

Among the changes from Tuesday, Jack Edwards returned after illness and Ryan Slinn was back in the squad straight after landing from his honeymoon.

There was also a welcome return to the squad for club captain Lewis Rankin after three months out with injury.

But there’s less good news on the injury front for Tyson Knight. The midfielder has broken his hand and will miss the next ten weeks.

The game also saw a debut for Ryan Harkin. The new signing bagged a debut goal five minutes from time and Belford says he’ll get even better as he settles into his new club.

“I don’t think we were close enough to him to get the best out of him. He was starved of service and if we can get higher up the pitch we’ll give him more chances.

“But he took his goal well. He’s a finisher and once he gets used to the way we do things he’ll be a fantastic signing for us.”