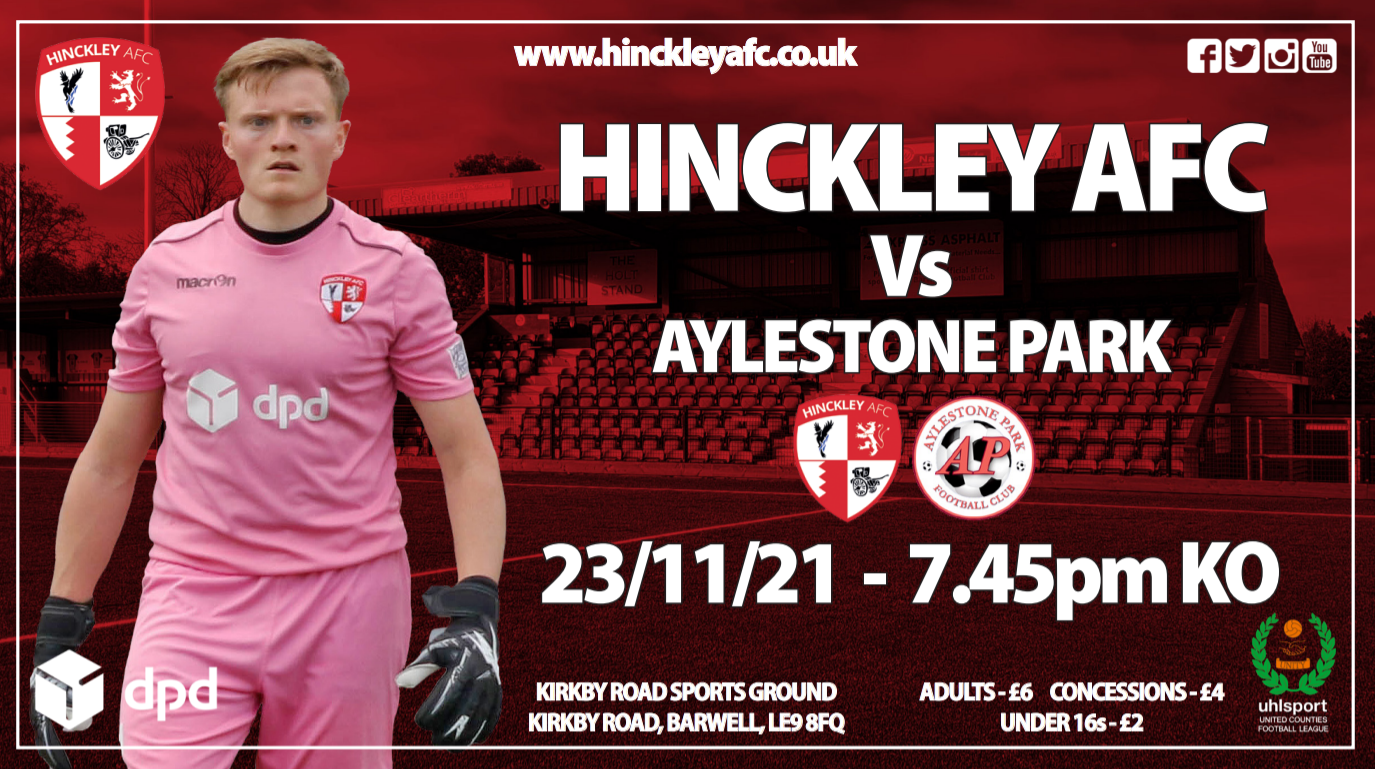 Hinckley AFC play their first match in ten days looking to make it five home wins in a row – but top of the table Aylestone Park stand in their way.

AFC have had a week away from match action since the defeat to Radford ten days ago – the first defeat for Courtney Belford’s side in ten games.

It ended a run of nine straight wins and Belford says there’s no better way to bounce back than by trying to turn over the league leaders.

“Radford was a free hit with the players we had missing and we’ve got to bounce back.

“Aylestone will be a good game between two teams that play decent football on a nice pitch. Hopefully it’ll be a good crowd, two local sides. We trained twice since last week so we’ll be as prepared as we can for a good game of football.”

Belford also watched Aylestone in their FA Vase defeat to Anstey Nomads on Saturday. The 5-1 loss was their first taste of defeat in two months.

But they are the country’s leading scorers at this level having plundered 80 goals in their 20 league games. Shay Brennan has hit a remarkable 41 of them.

As well as scoring goals, they have been impressive at the back too. Before their last two games, they had kept five clean sheets in six games.

They will be without Lee Barratt and Tom Hill, their second leading scorer on nine, who were both sent off ten days ago and are still serving their suspensions.

The game will be the first where supporters can pay on card to enter the ground. Our card-only turnstile will operate alongside the cash-only turnstile on entrance to Kirkby Road.