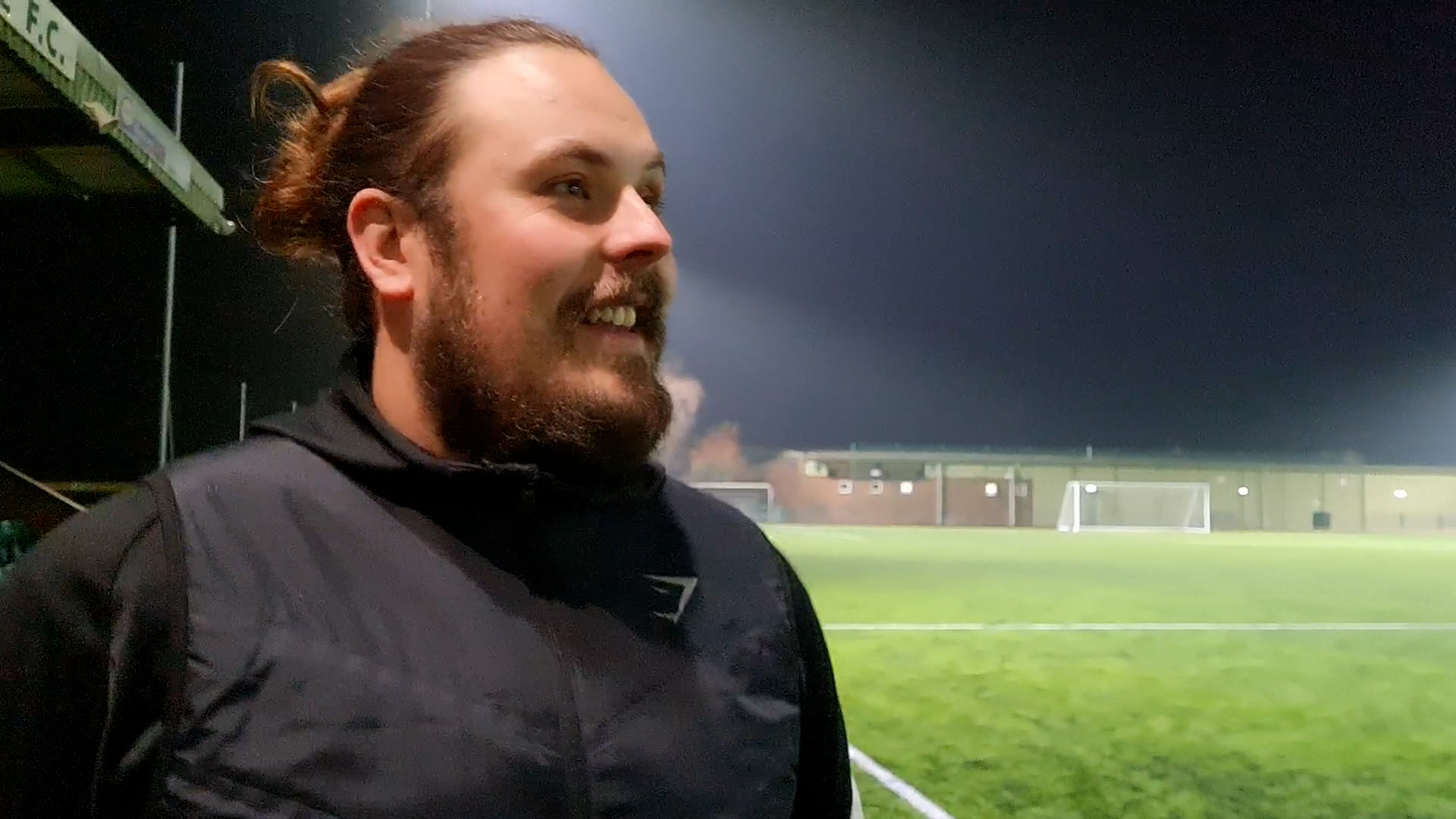 Manager Courtney Belford said that seeing his Hinckley AFC side move to the top of the table was evidence of their hard work over the last two months.

AFC have won 12 of the last 14 games since being beaten by Hucknall, to move to the top of Division One.

They’ll stay there for a week at least after results on Saturday, and Belford says it’s a nice feeling to be in pole position. He said: “This is what we’ve worked towards.

“We had the first Saturday off so ever since then we’ve been the chasers all season. Results at the start weren’t great but we’ve won 12 of our last 14 games.

“If we can take that forward into the next 15 then we’ll be where we want to be. I said to the lads to win two games this week and end it top of the league, and that’s what we’ve done.”

He admitted that being top comes with its different challenges – but says all his side can do is keep winning their games and see where it takes them come April.

“When you’re playing the teams in and around us they become six point games. We know there are teams with games in hand so it’s not entirely in our hands and we’ve got to make sure we keep picking up wins.

“We’ve got to look after one game at a time, and keep trying to do what we can.”

His side moved to the top after a 2-0 win over Borrowash Victoria – but Belford felt his side should have had more on the scoresheet.

“I thought it was a little bit lacklustre when we made the changes. The subs have to have a better impact on the game. We’ve looked at a different shape for two games, which isn’t going to click straight away, but we kept two clean sheets.

“But we’ve go to be more ruthless in front of goal. We took our foot off the gas a little bit, we made poor decisions and did things we shouldn’t be doing.

“We’ve got to put teams to bed. If you leave any team in a game at this level, they can punish you. Borrowash are a willing team. They’re a young group who gave everything. If you give those teams any inkling they’re in a game, they’ll come back and bite you.

“But it’s a clean sheet and another win which we’ll take all day.”