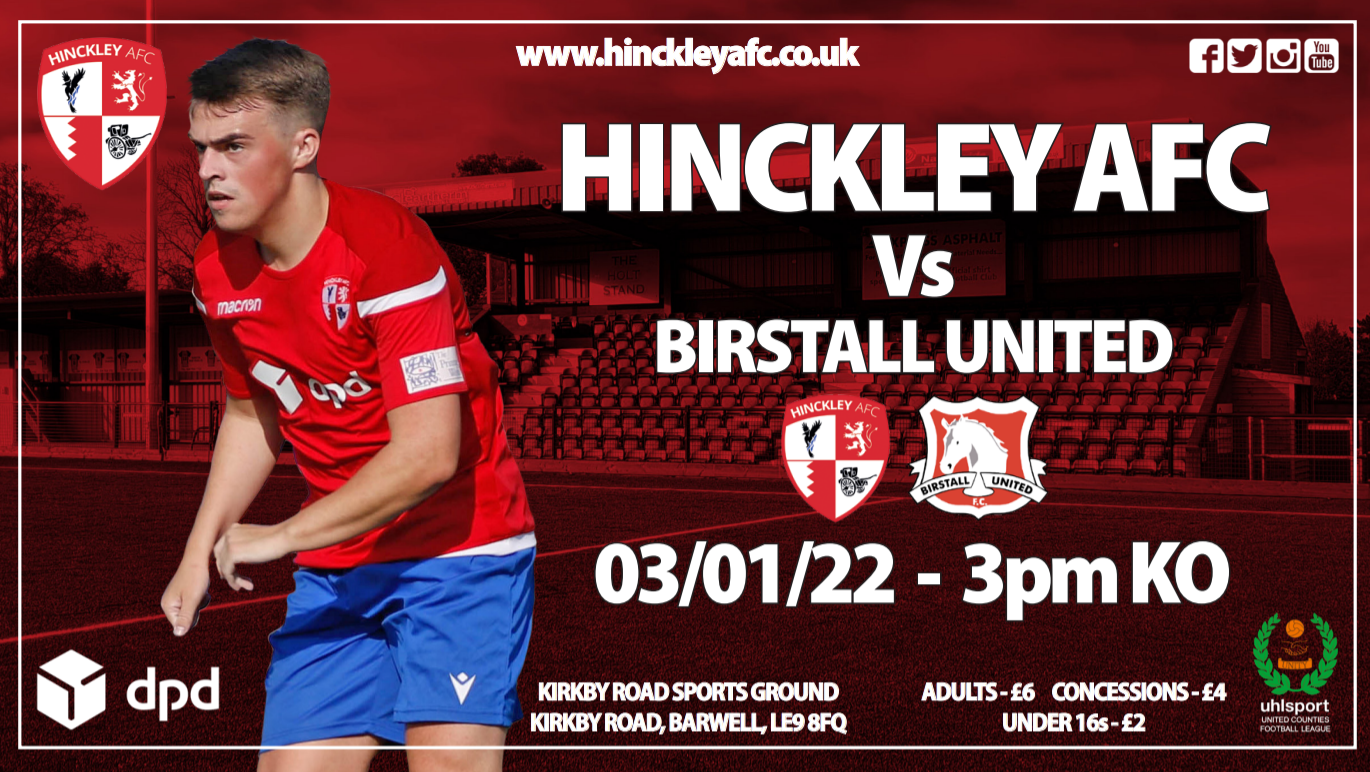 Hinckley AFC will look to start the new year in the same way they finished 2021 when they face Birstall United in their first match of 2022 on Bank Holiday Monday 3rd January.

AFC wrapped up their match action from the old year with a comprehensive 7-2 win at local rivals Kirby Muxloe in a match that yielded Hinckley’s 100th goal of the season so far.

Now, they’ll look to pick up where they left off with another county derby against fellow Leicestershire outfit Birstall United.

Hinckley go into 2022 top of the United Counties Division One and will keep hold of top spot with a win at Kirkby Road on Monday.

The reverse fixture, though, brought about Hinckley’s first defeat of the season in a 3-2 loss at Birstall in August.

And manager Courtney Belford still can’t believe his side didn’t win that game. He said: “We created so many chances and we should have scored a hat full, yet we’ve come away making three mistakes and losing 3-2.

“That’s one of those games where you take that defeat because you’ve played so well. But that’s football, you’ve got no divine right to win any game.

“We know what their strengths and weaknesses are, we’ve watched them a few times since then so we’ve got to make sure that we’re bang at it.”

You can read more from the manager in his matchday programme notes.

Birstall have had a good first half of the season themselves, and sit in seventh place – five points off the play-off spots.

They haven’t placed since the week before Christmas in a 2-2 draw with Lutterworth Athletic, and have won 13 and drawn six of their 26 games so far.

Paul Pallett leads the way with 24 goals in his 23 games this season – only Aylestone Park’s Shay Brennan has scored more.

Kick off at Kirkby Road this Bank Holiday Monday is 3pm.