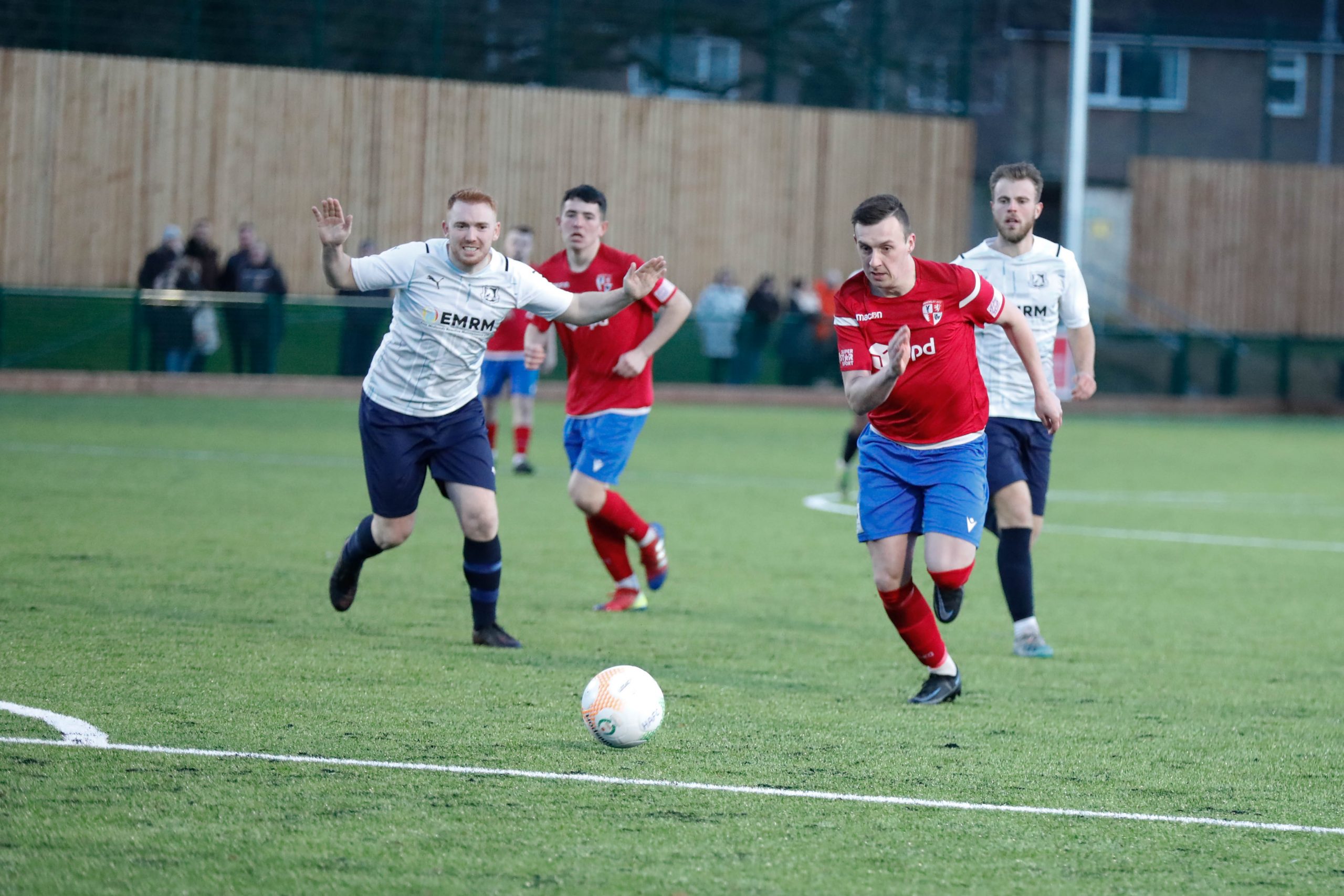 Hinckley’s second highest ever league attendance of 353 saw Charlie Evans score a goal in each half to stay top of the United Counties League Division One.

It was Evans’ first start since the middle of November following injury and his brace maintained his side’s position at the summit.

Hinckley went into the game missing club captain Lewis Rankin through illness but Evans made sure his absence wasn’t felt.

Both sides took time to ease into the game and it was Birstall who had the game’s first real chance when Dion Potter forced Matt Hill into a diving save.

But that was Hill’s only real work of the match and Hinckley gradually asserted their authority on the half.

Though not quite reaching the same fluency as they did against Kirby Muxloe, Hinckley still fashioned chances.

Ryan Harkin twisted into a shooting position only for Charlie Doherty to save at his near post before Jack Edwards fired into the side netting.

Doherty made a string of fine saves in the reverse fixture that helped his side to a win, and he made another on the half hour denying Evans from point blank range.

But the returning winger wasn’t to be denied for long, breaking the deadlock with a beautifully guided header from Nick Brandish’s pinpoint cross.

Hinckley had chances to extend that lead going into the break but Harkin dragged wide with a golden chance and Edwards found the side netting again.

Birstall played some neat football in the early part of the second half but didn’t cause the Hinckley back line too many problems.

And when Hinckley did regain control, they had their best spell of the match.

Doherty made another point blank save from Harkin, before the main stand erupted for what they thought was a goal by Edwards as the net rippled – only to realise the ball had flown inches over and it was trickling behind the goal instead.

And how Hinckley didn’t score with their next move will take some guessing – Harkin hit the inside of the post, Dan Hoskins’ rebound forced Doherty into another fine save and Isa Abraham’s acrobatic follow-up didn’t make contact before Birstall scrambled clear.

Their only sight of an equaliser came when the explosive pace of substitute Will Burton was only let down by a heavy touch that prevented a shot.

And Evans added his second in the final minute of normal time, latching onto Dom Alleyne’s flick on and coolly burying when through on goal.

It ensured Hinckley’s eighth consecutive home win, including five in a row back at Kirkby Road as they stay top of the pile.