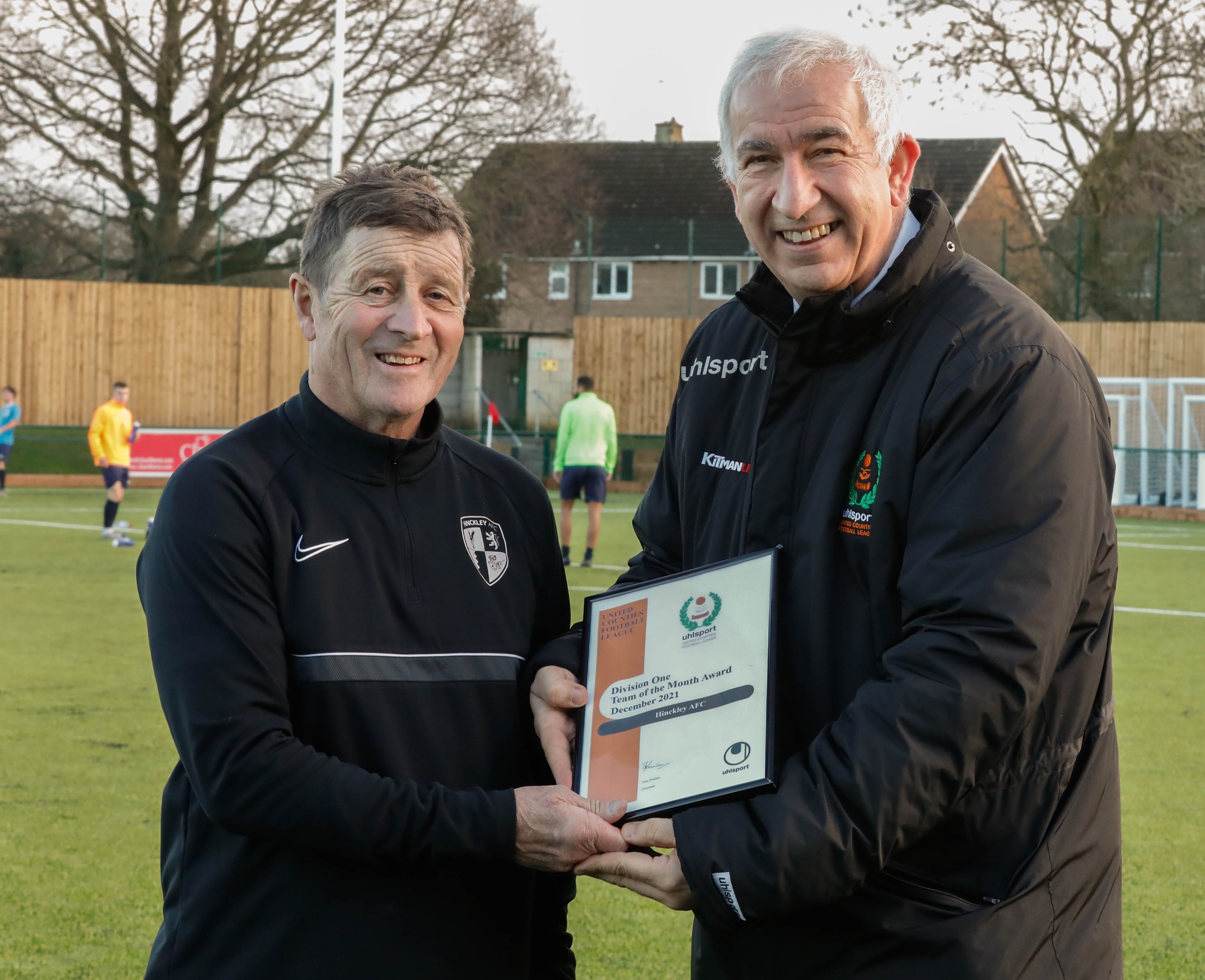 For the second month in a row, Hinckley AFC have been awarded the United Counties League’s Division One Team of the Month.

Courtney Belford guided his side to three wins from three games in December. In the month, we scored 14 goals and conceded just two.

Ian Hughes, from the United Counties League, presented the award to Dave Gunn before our victory over Birstall.