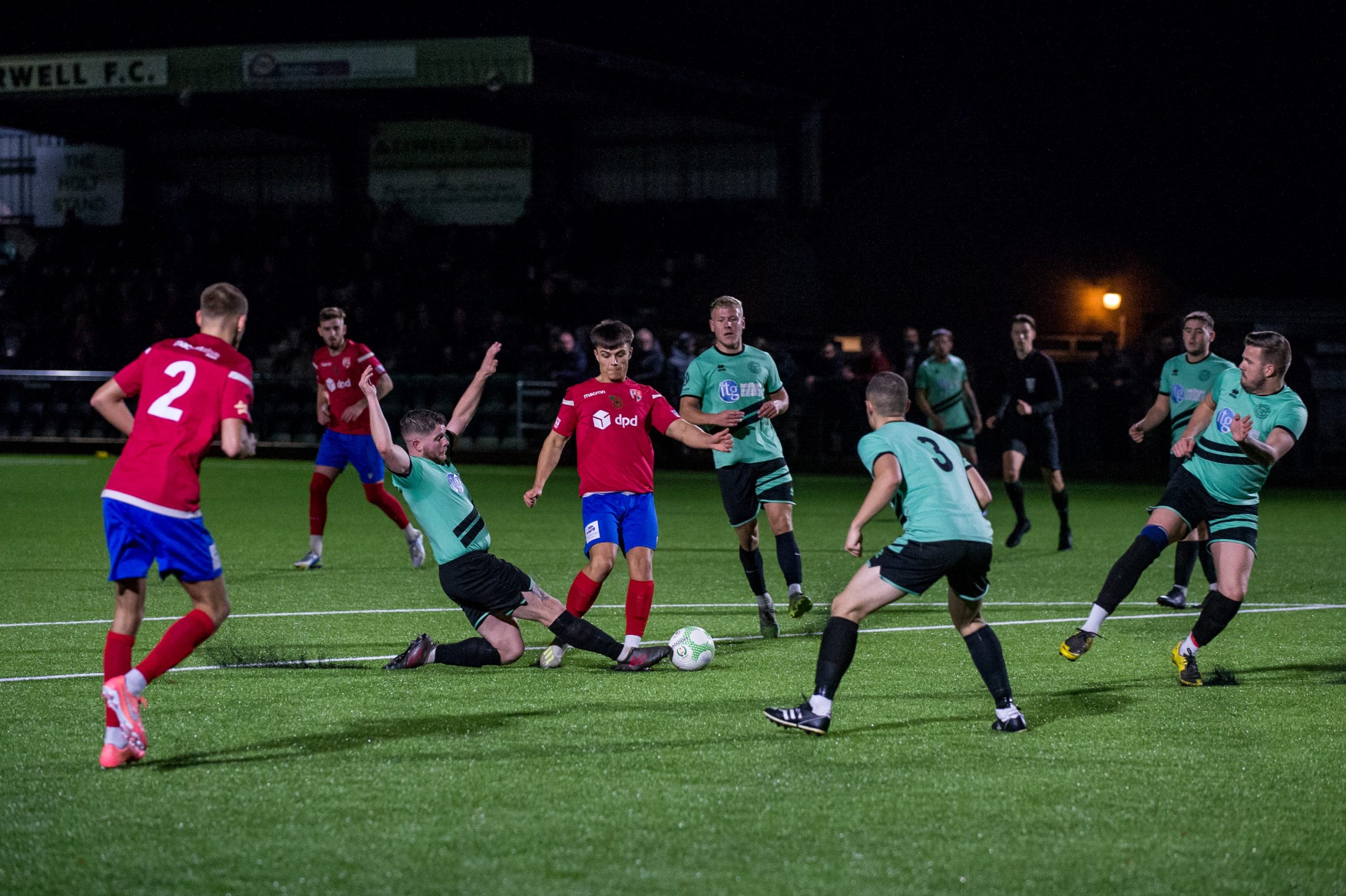 Hinckley AFC play their first away game of the new year with a trip to Ingles on Saturday.

Hinckley kicked off the new year with a 2-0 home win over Birstall United on Monday.

Now they face a third consecutive Leicestershire derby away to an Ingles side under new management.

Shaun Wilkes took over as manager before Christmas but is yet to take charge of a game with Ingles having not played since 18th December.

Hinckley beat Ingles 5-0 in November in what was their first game back at Kirkby Road on the artificial pitch – but manager Courtney Belford doesn’t expect many similarities with that game.

He said: “Notoriously at this time of year it’s not a fantastic pitch at Shepshed. We’re hopeful the game will be on, we just want to keep playing.

“We want to be able to play the way we want to, but we can go more direct if we need to. We might make a couple of changes. But that’s the reason we’ve got a big squad.”

Belford could be boosted by the returns of Lewis Rankin (illness), Ryan Slinn (suspension), Jeremie Agholor and Tyson Knight (both injury) as they look to remain top of the table.

Ingles have lost their last ten in Division One which led to the departure of previous manager Kelvin Granger, having won four in a row prior to that run.

And given they haven’t played since Wilkes took over, they will be hoping the new manager can change their fortunes starting at The Dovecote on Saturday.

Ingles play at Shepshed Dynamo’s The Dovecote Ground, Butthole Lane, Shepshed, LE12 9BN. Supporters are advised that there is no parking at the ground, and fans should park at the nearby Iveshead School or the church car park opposite Butthole Lane.