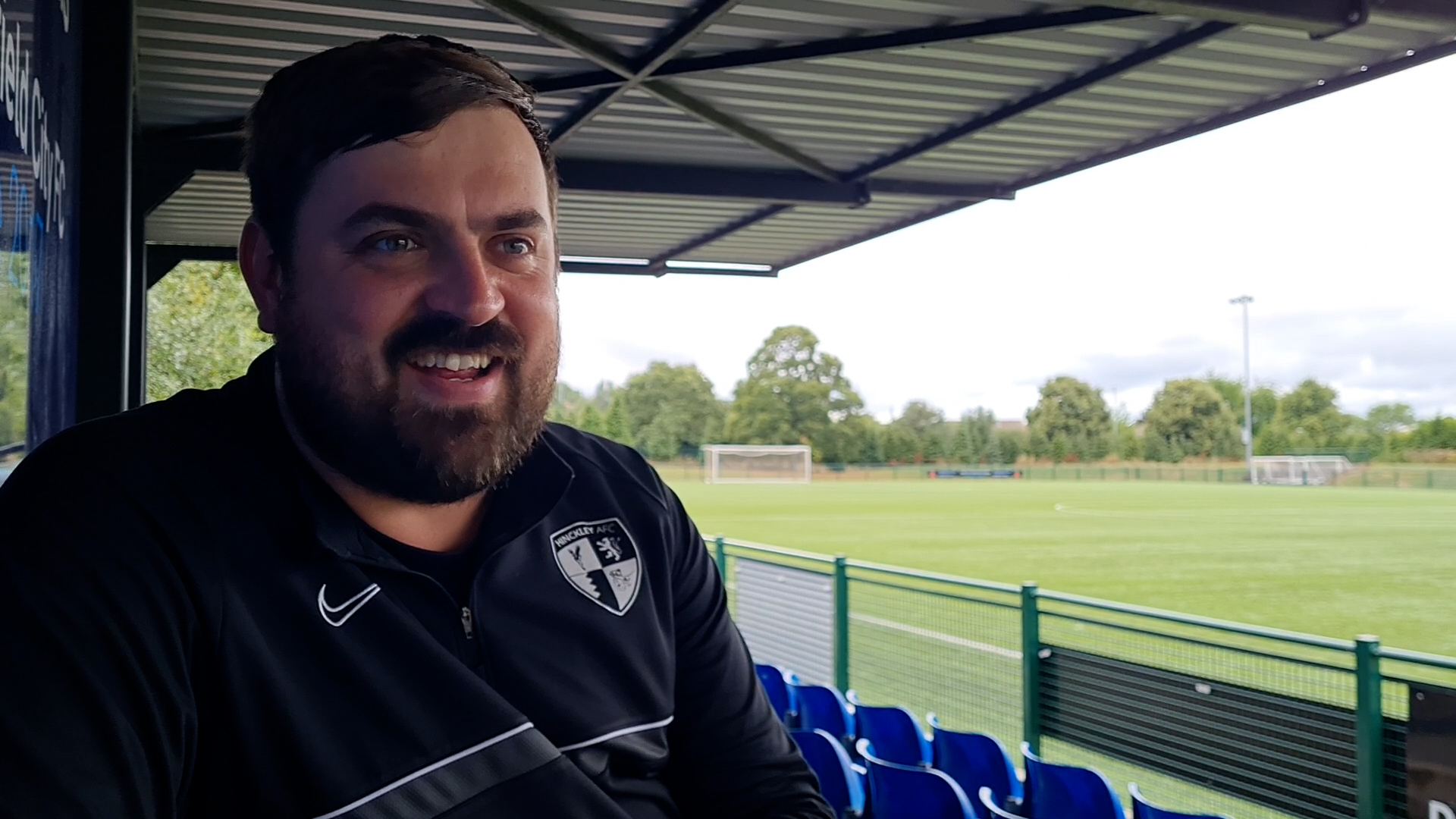 AFC head into the start of the competitive season on the back of consecutive wins to end pre-season.

Wednesday’s win over Saffron Dynamo was followed up by an action-packed victory at Lichfield in which both sides took advantage of loose defending with slick attacking play.

And Conneely says although he expected goals in his side’s games, he never thought a 6-5 was on the cards.

He said: “We’ve said that given where we are at the minute, it might be a case of having to score more goals than the opposition. There’s no better way of doing that than winning 6-5!

“But it’s not ideal from both teams defensively. It was a strange game. I was fuming at half time, even at 2-2. We were horrendous, we looked lethargic and lazy but managed to go in at 2-2 without being very good, so hopefully that’s a good sign.

“But we need to tighten up, we conceded some horrendous goals. It’s nice to finish with two wins but it wasn’t in ideal circumstances. You want more of a league-style game to finish but it wasn’t to be and we take the wins into next week.”

So how does the manager balance his delight with prowess going forward, to his frustrations defensively?

“Delighted with going forward. Our strikers are scoring, Lewis Collins deserves goals and he’ll get them. His work rate is infectious, he’s adapting quickly and he’ll get goals.

“When we’re at it we’ve got a hardworking and honest group, which is what we’ll need. So I’m more than happy with us going forward but raging inside with what I saw defensively.

“We have to be a lot tighter but we will be. We’ve had a few players missing and we had to put young Sam in.

“But it was a bit strange, I must say. Both defences were shocking but looked ok going forward.”

Hinckley’s competitive season gets underway next weekend, with the visit of Wolverhampton Casuals in the extra-preliminary round of the FA Cup.

And Conneely says his squad are getting there but still wants a new face or two before the first whistle on Sunday.

“The last three performances have been ok. We were good at Coventry Sphinx, losing 3-0 didn’t really reflect that, we played well for the first half against Saffron Dynamo and we were fantastic going forward today, if not defensively.

“So it’s coming together nicely but we’ve still got some work to do and we won’t stop until we’re happy with what we’ve got.”