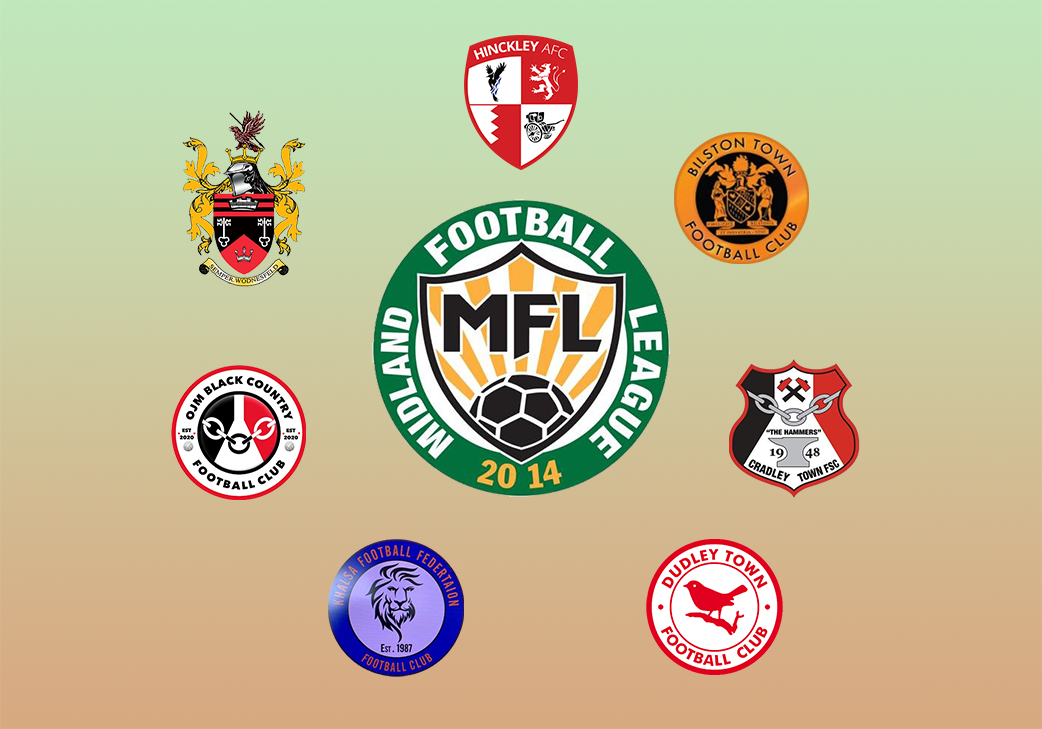 Hinckley AFC will face a host of new teams in 2022/23 as we prepare for life back in the Midland League Division One. Here’s a lowdown on those sides from the West Midlands.

A seventh-placed finish in their debut Midland League campaign but they were comfortably back from the play-offs with 17 points separating them from fifth placed Dudley Town. They appear to be targeting more than that this season though, and have signed a host of new players this summer including former Wolves Sporting hotshot Dan Westwood and ex-AFC Wulfrunians captain Angelo Franco.

Cradley finished last season in 15th but a run of nine without a win until the final day dragged them closer to the drop zone than they were in reality for much of the campaign. 13-goal Casey Collins was their biggest threat last season but he has joined Black Country this summer. Last season included a win over Dudley, who made the play-offs.

Dudley were beaten in the play-off semi-finals last season but had the third best defence in the league after the two sides who got promoted. Ex-Hinckley striker Matt Gardner led the line for them last term but he has since joined Division One new boys Coton Green. They beat fellow play-off outfit Ashby Ivanhoe in the final game of last season and face the same side in the first game this time around. A trip to Dudley will be our first game of the league season on Tuesday.

Khalsa spent much of last season facing up to a relegation battle but from late January saw a run of eight wins in 11 to lift them from rock bottom to the safety of 13th. That run also saw four straight clean sheets as what was once the league’s worst defence tightened up to secure safety. Adam Nazir led the way with 17 goals for them last season.

Black Country were the closest challengers for a play-off spot but fell comfortably short in the end, their cause not helped by a six-point deduction. Three of their players reached double figures for goals and they’ve also signed Cradley’s leading scorer, Casey Collins. Hinckley’s second-leading appearance maker Mitchell Tomlinson now plays for them while they’re managed by another ex-Hinckley man, Sean Geddes.

45 points from their 36 games earned Wednesfield a comfortable mid-table spot in their first Midland League season. They had the best defence outside of the play-offs, but only four sides scored fewer goals than they did last season. Shaquille Lee, who played twice for Hinckley in 2015, now plays there.