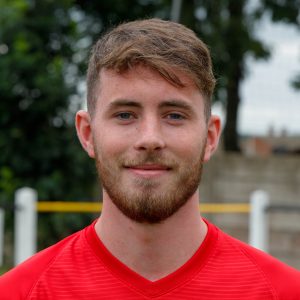 Lewis is sponsored by

A striker with pace to burn and an eye for goal, Lewis Commins was the leading scorer at Nuneaton Griff during Courtney Belford’s time in charge there.

His impressive return of 21 goals in 30 starts for Griff earned him a move to the Midland League Premier Division with Romulus, where he netted four times in six starts, featuring a further four times from the bench.

After leaving the Castle Vale Stadium, he moved to GNP Sports and helped fire them to promotion to Division One with a further nine goals in 13 starts, helping them recover from a mid-season blip to win six of their last seven games to clinch promotion.