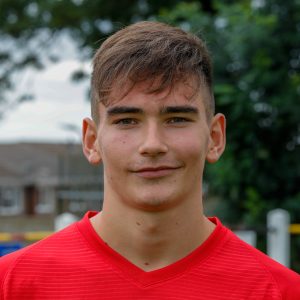 Young central midfielder Reece Giles became another success story of the Hinckley AFC youth team when he made his first team debut in March 2019.

After coming on as a substitute against Atherstone Town, he then started the final two games of the season and put himself about well with energetic displays.