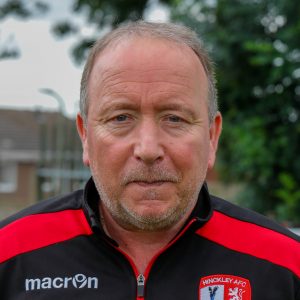 Steve is sponsored in memory of Ray Baggott

A versatile man, Steve Johnson joined Courtney Belford’s backroom team as a first team coach as well as being able to take up the role of physio.

A former manager at Bolehall and assistant at Bilston Town, Johnson has been in non-league football in the midlands for a number of years and adds an experienced head to the backroom team.