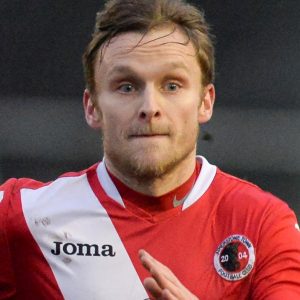 Danny is available to sponsor for the 2019-20 season

He joined Hinckley AFC in January 2020, after ending a long association with A5 neighbours Atherstone Town.

Having spent three and a half seasons at Sheepy Road, Harris made 100 appearances during his time with the Adders and chipped in with a more than useful 15 goals.

Also with Nuneaton Griff and Coventry Sphinx among his former clubs, he has plenty of experience to add to the dressing room alongside his ability to play equally comfortably at right back, on the wing or in the middle of midfield.