Congratulations to the Hinckley AFC Under 7s, who were crowned champions of the Leicester Mutual League yesterday.

The team won four of their five group games, scoring ten goals in the process, and remarkably didn’t concede a goal until the Semi Final, which they won 4-1. They then were victorious again in the final, lifting the trophy at the end of it.

The other Under 7s team, the Blues, battled hard with a couple of players missing, winning one and drawing one of their group games.

The Minis are always on the lookout for new players for anyone up to Under 8s – if you would like to join contact Matt Carter on 07711 486956.

Congratulations again to the team! 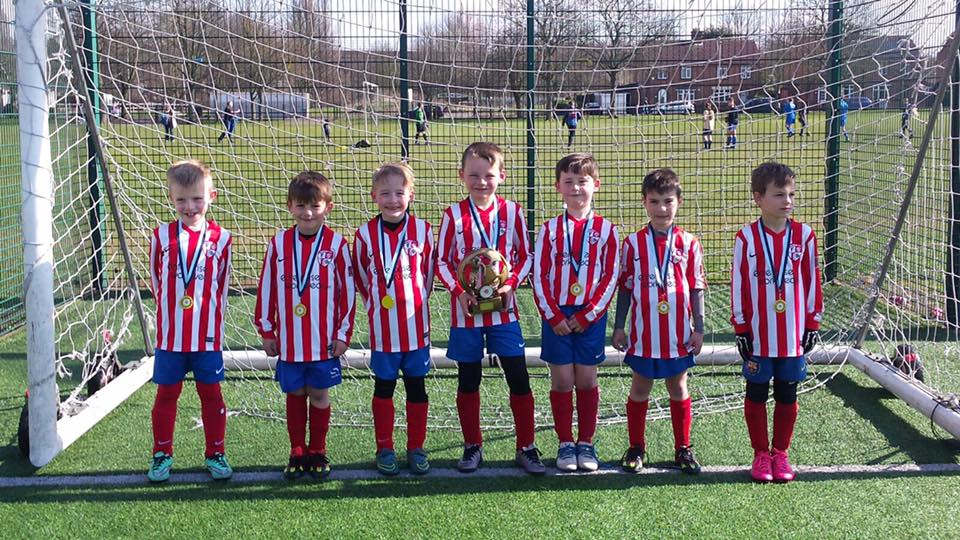