Geordie Stars in The Non-League Magazine

After our video feature on kitman Ian Nichol last month, The Non-League Magazine have decided to feature Geordie in this month’s edition.

Geordie will be the main focus of an article by James Burch looking into the role of the kitman in the game, and we’re delighted to announce that we’ll be selling the magazine at some of our upcoming home games.

Issue 7 of the magazine will be on sale from our club shop soon – we’ll post further details of when it’s in stock – and will cost just £3.

Picture courtesy of The Non-League Magazine 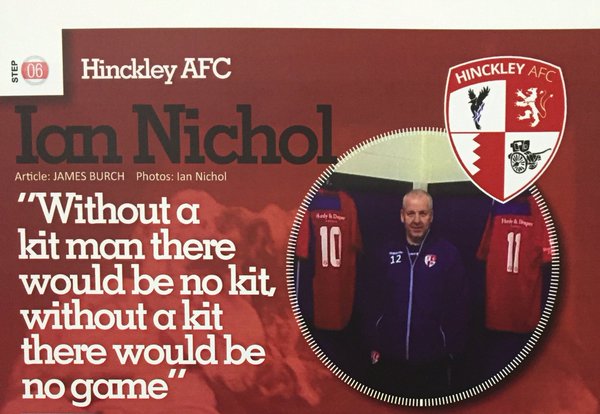