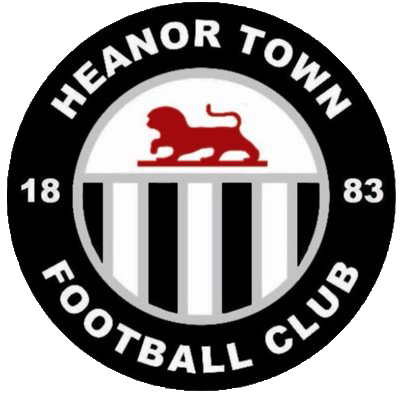 Hinckley AFC crashed out of the Emirates FA Cup as a shambolic display of defending gifted Heanor Town a route into the Preliminary Round.
In front of a surprisingly low crowd of just 170, a good number of which travelled up from Leicestershire, the game was never really a contest after Nathan Benger gave Heanor the lead.
Benger netted a first half hat-trick and Heanor were 4-0 up by half time as they took advantage of a catalogue of errors at the back to put the game beyond doubt.
Kieran Debrouwer scored the fifth after the break, and although Sam Agar bagged a consolation late on for the visitors, it was hardly one to take the pain away from the defeat.
Carl Abbott made five changes to the side the drew the original tie on Friday evening. Agar returned from suspension to join David Blenkinsopp up front, while Peter Williams and Mark Williams came into the midfield and Kristian Ramsey-Dickson also started.
From the beginning, Hinckley struggled to get to grips with the game and Heanor, kicking down the slope in the first half, rarely let them express themselves.
The warning signs were there for Hinckley just seven minutes in. AFC didn’t deal effectively with a Heanor corner and after a brief scramble, Arash Abdollahi’s effort was blocked on the line.
Then, Nick Hall hooked wide of the far post from another set piece as Heanor knocked on the door.
And for the next half hour, the hosts didn’t so much break down the door as have it opened wide for them.
The opening goal came eighteen minutes in. From a soft free kick on halfway, Keenan Layton floated a super pass to Benger, who scuffed a shot into the ground which bounced over Tom Cross and inside the far post.
Then it was Heanor’s turn to look momentarily shaky – Mike Harvey knocked down from a corner but Blenkinsopp couldn’t convert.
Midway through the half, Heanor doubled their lead. Hinckley gave the ball away in the middle of the park and after neat link up play between Debrouwer and Elliott Reeves, the former converted the latter’s cross from close range.
Then, from a Hinckley free kick on the edge of their own box, Cross’ stray pass gave the ball straight to Benger, who couldn’t believe his luck as he slotted into the empty net.
Harvey’s fine recovering tackle denied Reeves a chance for a fourth, but the relief was only momentary. From the resulting corner, Benger was allowed a free header from eight yards, and he made no mistake in securing his treble.
By this stage, the damage had been done and the second half was a non-event for long periods. Ten minutes into it, though, Debrouwer latched onto a ball in behind the defence, beating Cross to the ball and taking it round the ‘keeper to score Heanor’s fifth.
Only in the last ten minutes did Hinckley show anything close to their full potential. Agar saw a snapshot well saved by Joe McCormack and Sean Williams’ fierce drive thundered into the crossbar as AFC sought a consolation.
And it came a minute into stoppage time when Agar converted a low cross from the right.
But it was too little, too late to prevent Hinckley’s heaviest defeat since August 2014 and they have to dust themselves down ahead of the start of the league season against Littleton on Saturday.
Heanor: Joe McCormack, Greg Marriott, Keenan Layton, Chris Smith, Nick Hall (Cory Bowler 66), Ashleigh Lynch, Arash Abdollahi, Joe Naylor, Nathan Benger (Alex Brown 66), Kieran Debrouwer (Jack Warner 57), Elliott Reeves. Subs not used: Jason Foster, Tom Gillott
Goals: Nathan Benger (18, 28, 38), Kieran Debrouwer (25, 55)
Hinckley: Tom Cross, James Williams, Shaquille Lee, Ryan Paddock, Kristian Ramsey-Dickson (Jean Kalenda 46), Mike Harvey, Sean Williams, Peter Williams, Sam Agar, David Blekinsopp (Rico Taylor 51), Mark Williams (Lee Thomas 51). Subs not used: Kian Jackson, Tom McCrystal, Kevin Charley, Darious Darkin
Goal: Sam Agar (91)
Attendance: 170 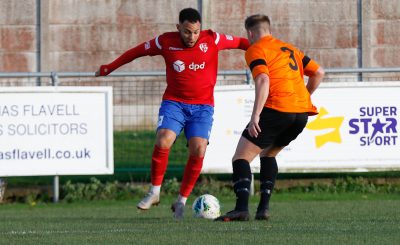