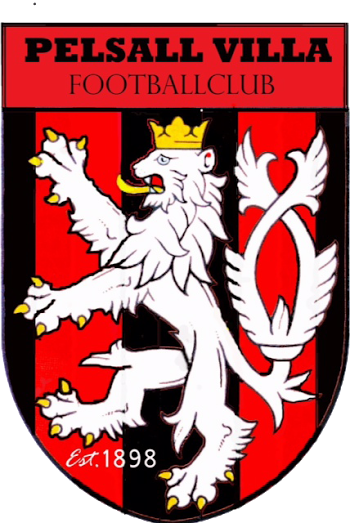 A rampant second half saw Hinckley AFC score five times after the break in a 6-0 win over Pelsall Villa at St John’s Park.
After Tuesday’s draw at Coventry Copsewood, Carl Abbott’s side returned to winning ways in emphatic style with a performance in which Sam Agar’s hat-trick will take the headlines.
Agar scored the first half’s only goal, adding a further two after the break alongside a Ryan Seal brace and Paul Sullivan’s strike.
Agar was the only change to the side that took to the field against Copsewood, and he replaced the injured Mike Harvey. That meant a re-shuffle, with Mark Williams moving into defence, Sean Williams into midfield and Agar taking his place up front.
The first half was an open affair for long spells. Both sides had good chances early on, but it took until just after the half hour mark for the game’s first goal. Agar stood over a free kick 25 yards out, and fired an effort which deflected off the wall and wrong footed Matthew Hill in the visiting goal.
There was to be no such wait in the second half though – with just a minute passing before Sullivan tucked home from close range to double the lead.
Then followed a spell of four goals in fourteen minutes that not only guaranteed all three points, but added an element of emphasis to the scoreline.
A six minute brace from Seal saw him secure all three points by latching onto Sean Williams’ fine pass and slotting past Hill, before shortly afterwards sliding home Sullivan’s left wing cross from close range to make it 4-0.
And two goals in two minutes from Agar added the icing to the cake as Hinckley kept their foot on the gas. With five minutes to play the striker volleyed home a fifth, before unleashing an unstoppable left foot strike to complete the scoring.
That extends Hinckley’s unbeaten run to nine matches, which is sure to be tested when they take on West Midlands Regional League high flyers Wolves Sporting in the Buildbase FA Vase next week.
Hinckley: Haydn Whitcombe, James Williams (Lee Thomas 61), Isaac Cooper, Mark Williams, Jamal Clarke, Andy Westwood, Lee Butler, Ryan Seal, Sam Agar, Paul Sullivan (Tom Millington 84), Sean Williams (Connor Pugh 70)
Goals: Sam Agar (32, 84, 87), Paul Sullivan (46), Ryan Seal (63, 68)
Pelsall: Matt Hill, Matt Cullen, Callum Phillips, Joe Ryder, Michael Murray, Adam Johnson, Will Osbourne, Liam Matthews, Ryan Wilkins, Remi Mongeaud, Nathan Stone. Substitutes: Daniel Battison, Frazier Phillips
Attendance: 143