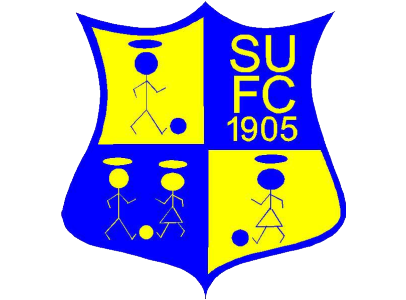 Hinckley AFC recorded their biggest win of the season with a 12-0 success over bottom of the table Southam United at St John’s Park.
Four goals from Ryan Seal and three from Paul Sullivan will take the headlines, but in truth it was a dominant performance across the park from a confident AFC side.
Javia Roberts and Peter Williams both netted braces, while Lee Butler’s free kick was arguably the goal of the day in a rampant victory.
The result came despite as many as eight players from Carl Abbott’s side being ruled out through injury. Abbott brought James Williams, Mark Williams and Butler back into the side in three changes from Tuesday’s defeat to Lutterworth Town.
Hinckley’s midfield trio of Andy Westwood, Peter Williams and Butler were in control of the game throughout and just ten minutes had passed when AFC took the lead through Roberts’ rasping drive.
Then, Seal’s first of the afternoon made it 2-0, and Hinckley continued to assert their dominance when Peter Williams’ fierce drive from the edge of the box was too powerful for Nathan Carro to keep out.
That put Hinckley three up inside fifteen minutes, and the game continued to be played inside Southam’s half. Sullivan twice went close and Jamal Clarke headed narrowly wide before Seal added a fourth by poking home at the far post.
And two goals in the final five minutes of the first half made the half time scoreline even more emphatic. Sullivan took full advantage after Carro only parried a high cross, before Seal slotted home across the ‘keeper to bag his third of the first half.
The second half saw more of the same, and just two minutes into it Butler’s free kick flashed past the ‘keeper for a seventh.
Haydn Whitcombe was then called into action for the first time, comfortably dealing with Callum Halpin’s strike, but AFC resumed their dominance with two quickfire goals before the hour mark.
Seal was afforded a tap in after Roberts’ fine run down the right, and Sullivan smashed in a ninth not long after.
Then, Lewis Riley came on from the substitutes’ bench to make his debut for the club, becoming the first player from the Junior setup to play for the senior team.
The changes didn’t have an impact on AFC’s fluency, and Sullivan added a tenth with a fine free kick midway through the half.
Then, Williams added his second of the game with a deft lob, and the scoring was completed late on when Seal sent Roberts through on goal, the winger coolly converting when one on one.
That rounded off a comprehensive victory for Carl Abbott’s side, who were superb in possession and never took their foot off the gas in what was close to a complete performance.
Hinckley: Haydn Whitcombe, James Williams (Tom Millington 58), Kirtis Monson, Mark Williams, Jamal Clarke, Peter Williams, Lee Butler (Lewis Riley 58), Ryan Seal, Javia Roberts, Paul Sullivan, Andy Westwood (Leadun Dunlevy 67). Sub not used: Connor Pugh
Goals: Javia Roberts (9, 86), Ryan Seal (12, 30, 44, 53), Peter Williams (14, 72), Paul Sullivan (41, 55, 66), Lee Butler (47)
Southam: Nathan Carro, David Raore, Cieren Halpin, James Keller, Ben Nicholson, Dyan Timms, Jonny Hawker, Mark Ling, Callum Halpin, Danny Brierley, Chris Mogwo. Substitutes: James Beechey, Brady Floyd, Nathan Robertshaw
Attendance: 204